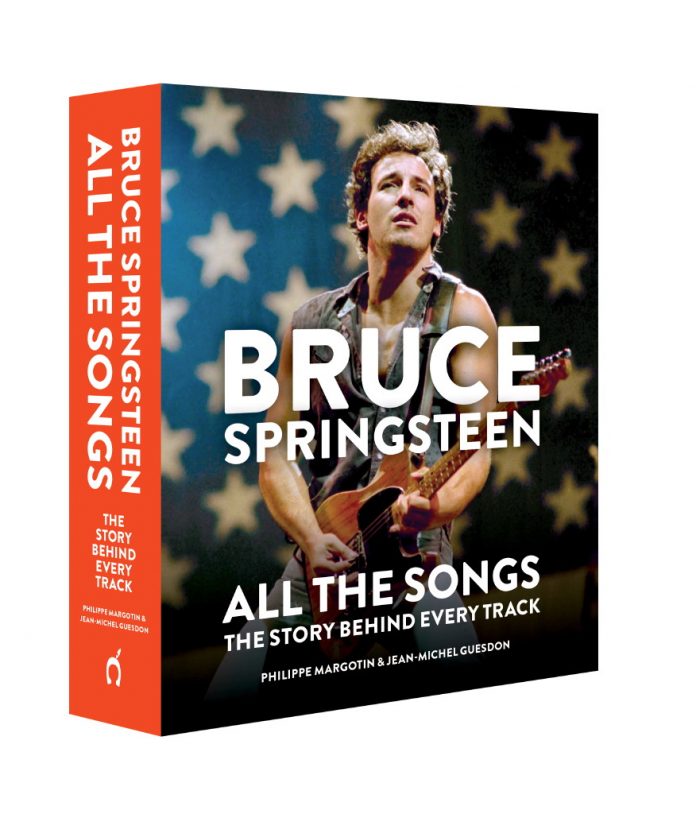 A book that will offer readers an in-depth study of Bruce Springsteen’s music is scheduled to be published in early October.

Cassell, an imprint of Octopus Publishing Group, will publish “Bruce Springsteen: All the Songs: The Story Behind Every Track” by Jean-Michel Guesdon and Philippe Margotin on Oct. 6 in hardcover. The price of the book will be $60, according to a press release.

The book is more than 670 pages and details the full story of every song The Boss has recorded and released during his career, according to the press release.

Arranged chronologically by album, authors Guesdon and Margotin explore the details behind early hits such as “Blinded by the Light” and “Spirit in the Night,” and later songs such as “Born to Run,” “Hungry Heart,” “Dancing in the Dark,” “Born in the U.S.A.,” “The Rising,” “Tucson Train” and more, including outtakes, covers and rare tracks, according to the press release.

The book includes hundreds of photographs and chronicles the music of Springsteen, who will turn 71 on Sept. 23 and who has sold 135 million albums worldwide, according to the press release.

Springsteen is a native of Freehold Borough and is a 1967 graduate of Freehold Regional High School (now Freehold High School) in the borough. He began playing music in the mid-1960s as a member of local bands, including the Castiles and Steel Mill.

Springsteen’s newest album with the E Street Band, “Letter To You,” is scheduled to be released on Oct. 23. “Letter To You” will be his 20th studio album. The album was recorded at Springsteen’s home studio in Colts Neck earlier this year, according to brucespringsteen.net

Jean-Michel Guesdon, one of the authors of “Bruce Springsteen: All the Songs: The Story Behind Every Track,” is a musician, composer and sound engineer.

Margotin has written many books about music, including biographies of Radiohead and U2, according to the press release.