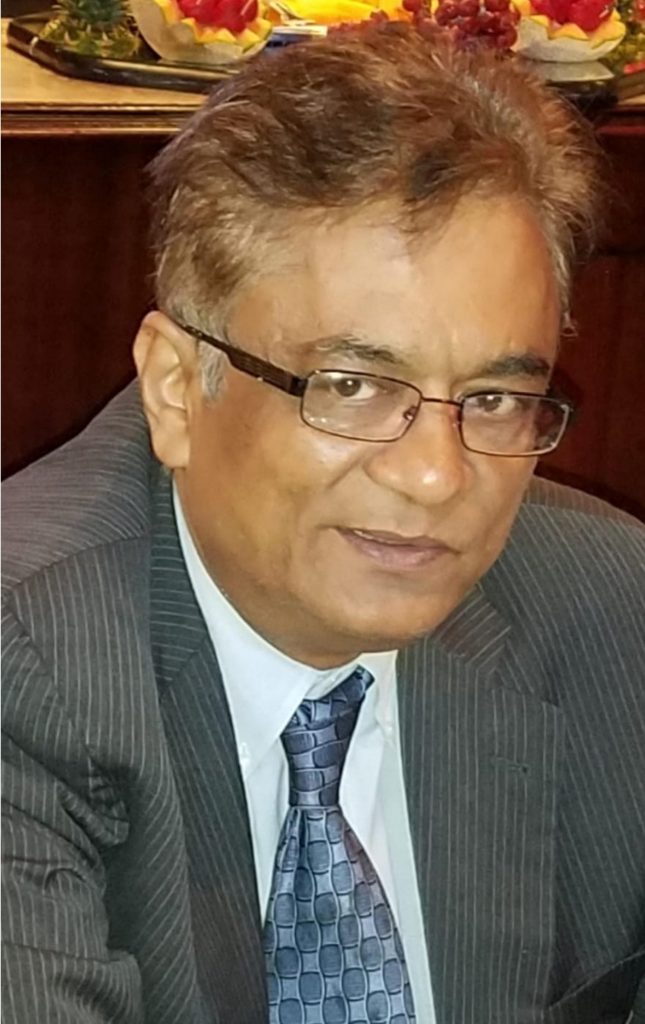 Jesal Amin, 54, has been an East Brunswick resident for 24 years and is a self-employed entrepreneur.

“I decided to run for mayor to give back to East Brunswick, a community that allowed my family and I to achieve the American dream,” Amin said. “East Brunswick is a great place to live and raise a family, but a strong mayor with a business background has the ability to improve our township not just for the present, but for future generations to come.”

Amin said as a small business owner who has built successful businesses, managed payrolls and balanced budgets, he knows what it takes to practice fiscal responsibility and make the tough decisions to make ends meet.

“As mayor, I plan to utilize my professional background to make sure our local government advocates for East Brunswick’s families and promote a culture of innovation and opportunities for our small businesses,” Amin said.

Amin is a member of the East Brunswick Republican Municipal Committee and the Asian American Retailers Association.

If elected mayor, Amin said, “The first issue I would address is redevelopment. Cohen likes to talk the talk on redevelopment, but the fact is we have not yet broken ground. Instead of implementing his redevelopment plan and attracting businesses to East Brunswick, Cohen has attracted lawsuits.

“It’s the residents of East Brunswick who will ultimately pay the cost of the mayor’s incompetence in this area in three ways: the legal fees the township must pay to deal the lawsuits; the higher property taxes, since the mayor’s failure at redevelopment means revenue shortfalls get passed on to taxpayers; and in property values for homeowners as the blighted portion of Route 18 corridor makes East Brunswick less desirable,” Amin said.

For residential development, Amin said he would prioritize single-family homes and stand up to the urbanization of East Brunswick.

“The mayor wants to create high-density developments in areas of town where [there] is already a significant traffic and infrastructure burden, and calls for transforming our town into a new Hoboken or Somerville,” Amin said. “Such plans that he proposed four years ago have amounted to fantasy, and the only tangible results are numerous legal lawsuits from property and business owners that will cost the taxpayers of East Brunswick tens of thousands of dollars and bonds that residents would be paying for years.”

Reducing property taxes, Amin said, is another issue he plans to tackle while maintaining East Brunswick top-notch level of services and quality of life.

“My goal is to make East Brunswick an affordable destination for families and businesses alike, and the top town in central New Jersey. As mayor, I pledge to never raise property taxes on homeowners and will run a top to bottom audit of municipal government to identify and eliminate wasteful spending,” Amin said. “My plan to expedite redevelopment will bring in new revenue streams to the township that will reduce the reliance on property taxes from single-family homes. As mayor, I will never entertain the idea of a PILOT program, as they simply pass the costs on from politically connected developers to homeowners.”

Amin said combining township services with local organizations will increase the safety net afforded to the most vulnerable among residents.

“I support working with local religious institutions to expand food banks and so that residents, many of them seniors, never get caught in an emergency looking for food,” Amin said. “I will also prioritize the health of East Brunswick residents by supporting the first aid squad and working to relieve stress on the healthcare system.”

Brad Cohen, 59, has been an East Brunswick resident for 27 years. He is a physician at Saint Peter’s Physician Associates.

“I want to continue to move East Brunswick forward by continuing to enrich the lives of our residents through effective financial policy balanced with a broad array of services, programs and opportunities,” Cohen said. “This was the promise made by me, Councilmen Sterley Stanley and Michael Spadafino four years ago when we ran together and it is one I strongly believe we have kept.

“While we have accomplished a great deal, much more remains to be done. With the pandemic, a financial crisis,and strained social justice issues as a backdrop, my most important goal remains the health and safety of every resident while we re-open our economy,” Cohen said. “We need to continue to be the model of tolerance and acceptance as we draw strength from the diverse fabric that defines East Brunswick.”

Some of his greatest accomplishments, Cohen said, include keeping the township safe, well informed and connected during the pandemic and worst economic crisis since the Great Depression; keeping tax rates stable and increases below national and state averages; and maintaining the highest possible credit rating.

“[More than] 300 new businesses have come into East Brunswick during my first term in office. My team and I have re-established our Chamber of Commerce,” Cohen said.

While continuing to serve as mayor, Cohen said there has been more community involvement in township boards, commissions, council and committees.

“Roadwork continues at record pace. More roads have been repaired and resurfaced in the past 3-4 years than in any similar period in the past decade,” Cohen said. “This commitment has also extended to securing vast improvements to our miles of county and state roadways as well.”

If re-elected, Cohen said he plans to continue tackling several issues that include fiscal responsibility.

“In the face of a national financial collapse and healthcare crisis, the most pressing issue is to keep taxes under control while continuing to provide for the safety and services we need in a fiscally responsible manner,” Cohen said. “We will achieve this by following the same strict financial controls that have kept our taxes rates at or below state and national averages. It will also require working with our council, county, state and federal partners upon whom we depend for much needed financial assistance.”

Committing to the future, Cohen said, is another issue he plans to accomplish through the township’s redevelopment projects, the influx of new businesses, the arts, and top-rated public schools.

“Our redevelopment projects will help revitalize vast sections of the Route 18 corridor that have fallen into blight and disrepair. Besides bringing new businesses, new jobs and a ‘downtown’ it will bring much-needed tax revenue to the township,” Cohen said.

Cohen said that community building is another issue he plans to tackle that is already well underway and is occurring through all the township’s services, community programs, civic engagement and community policing.

“This commitment to community policing began well before the current crisis unfolding before our eyes. It will play a prominent role as we address these issues right here, throughout New Jersey and across the nation,” Cohen said. “In the past four years, we have been able to fill all our positions on boards, commissions and committees.”