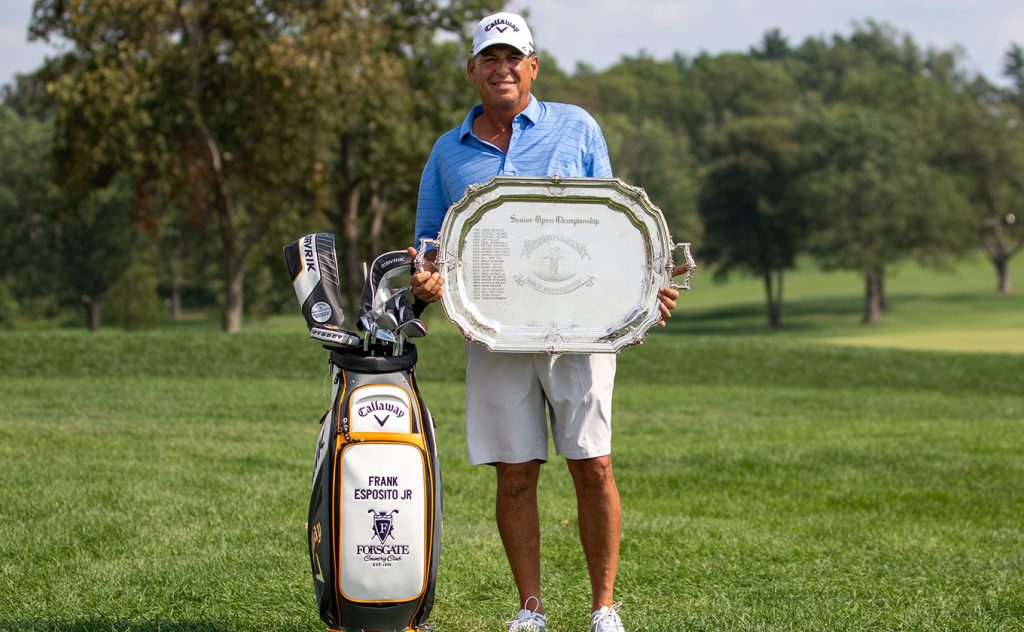 MONROE – Frank Esposito, a member of the teaching professional staff at Forsgate Country Club, earned his third Senior Player of the Year Award from the New Jersey PGA Section.

He did not finish outside the top 10 in any of the NJ PGA tournaments in which he competed this season, according to information provided by Forsgate, which is located in Monroe. His year was highlighted with a win at the MET Senior Open.

Esposito also has qualified to play in the 2021 KitchenAid Senior PGA Championship that will be contested in May at Southern Hills Country Club in Tulsa, Oklahoma. He was one of only 35 professionals who earned a spot in the prestigious tournament by virtue of his eighth place finish at the recent Senior PGA Professionals Championship at PGA Golf Club in Port St. Lucie, Florida, according to the statement.

“This is a significant achievement for Frank as hundreds of the world’s best senior golfers and former PGA TOUR players battled in Florida to earn a berth in the 2021 Senior PGA Championship,” Chris Schiavone, Forsgate’s managing partner, said in the statement. “We also congratulate him on his third New Jersey PGA Senior Player of the Year Award. Forsgate is proud to have such an accomplished member of our instruction staff.”

Considered by many as New Jersey’s best senior golfer, Esposito has played in PGA TOUR Champions Tour tournaments, competed in the U.S. Open and in two PGA Championships, according to the statement. In 2014, he won the prestigious Senior PGA Professional National Championship.

Esposito is a five-time NJPGA Player of the Year, a two-time NJ Open champion and is a member of the New Jersey PGA Hall of Fame, according to the statement.