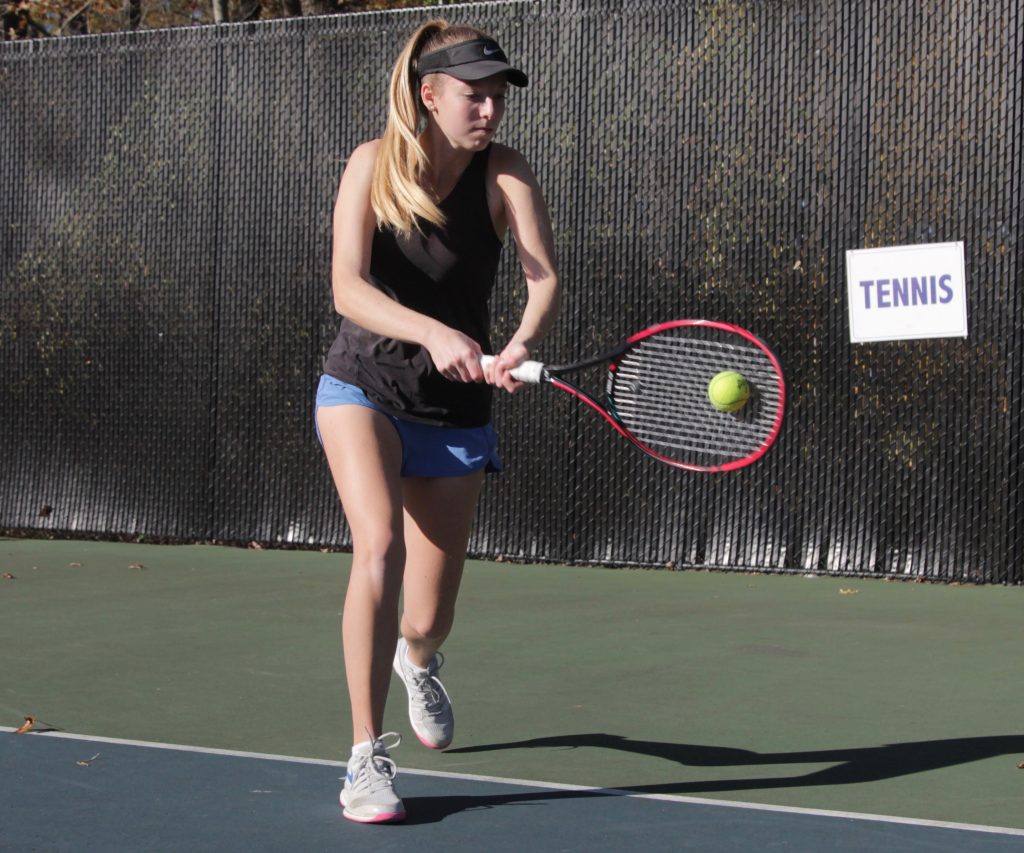 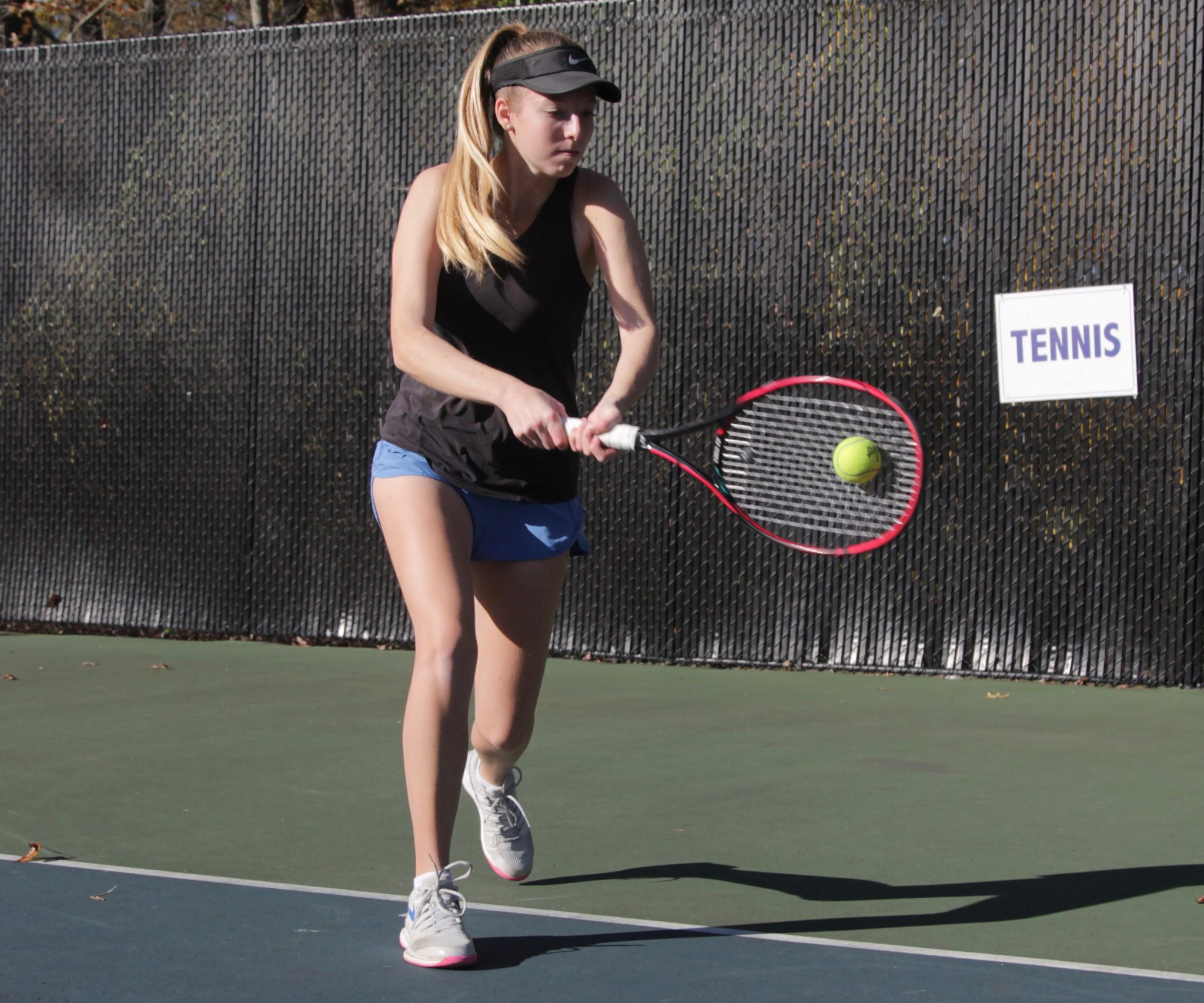 OLD BRIDGE – Tennis has become a big sport in the Kharkover household.

Mom Irina got both her daughters, Pauline and Olivia, into the sport and the two have blossomed into fine tennis players.

Pauline Kharkover is currently competing for the Drexel University women’s tennis team after walking onto the team during her freshman year, while Olivia Kharkover just wrapped up an impressive career for the Old Bridge High School girls tennis squad.

In fact, Olivia Kharkover made history this fall as the first player from the Old Bridge girls tennis program to sign a letter of intent at the NCAA Division I level, committing to play for the Sacred Heart University women’s tennis team.

“I have always wanted to play Division I tennis,” Olivia Kharkover said. “Being the first Old Bridge girls tennis player to be a Division I commit is a great achievement. Sacred Heart University is a good school that has great athletics and academics. I’m going to play against great players from different schools. It’s going to be a great experience for me.”

She is the first Old Bridge girls tennis player to receive all-conference honors as a sophomore.

Getting that achievement meant a lot to Olivia Kharkover, who says she will always cherish that accomplishment for the school’s tennis program.

Olivia Kharkover compiled a 25-7 record during her sophomore and junior seasons. She stepped into the No. 1 singles slot during her first season on the team.

Unable to compete her freshman year because of an injury, Olivia Kharkover was excited to start her career for the Knights when she suited up during the 2018 campaign.

From playing the top player on each team to the fun times she shared with all her teammates in practice and off the court, the high school girls tennis experience was a great one for Olivia Kharkover, she said.

“It was a good opportunity to play girls around my level and see how everyone plays,” she said. “My teammates were always supporting me. Them and my coaches played a big role in my success.”

Kharkover had competed and trained competitively throughout her entire time on the tennis court since she was 7 years old.

When she was 14, she placed second at the Junior Team Tennis National Championships.

That same year, she got to go overseas and train in Ukraine for three months, placing third in a tournament she competed in during her stay.

Olivia Kharkover was a two-time finalist in the L1 Tournament 16 and under group, winning the event once.

While participating in the National Doubles Empire Cup, she made it to the consolation finals of the 18 and under group.

Before that, the Old Bridge Township resident placed fourth in the National Empire Cup Doubles 14 and under class.

She was also a two-time finalist in the consolation round of the 14 and under group at the National Closed Regional Tournament.

Olivia Kharkover’s senior year at Old Bridge was unlike her prior seasons because of the coronavirus pandemic, only getting to compete in seven matches and not in any conference or state tournaments.

In those seven matches, she went 4-3 and her straight set victory against North Brunswick Township High School’s Erin Tan on Oct. 5 helped Old Bridge win its only match of the season.

Even though her senior season was conducted under different circumstances than usual, it didn’t take away from Olivia Kharkover having a great experience on the tennis court one last time for Old Bridge.

“I still had a good time,” Olivia Kharkover said. “I got to have an experience of being a team captain. Overall, I learned a lot from this past season.”

Olivia Kharkover plans on studying in the nursing program at Sacred Heart as part of her journey to become a physician assistant.

Excited to live her dream as a Division I athlete, Olivia Kharkover said she knows she wouldn’t be here without the support of her family and the bond tennis has brought her and Pauline.

Olivia Kharkover said she always enjoys training and preparing for matches with her sister.

She also loves knowing that either her mother or her father, Vlad, will be in the stands cheering her on during her match.

“My parents have been with me every step of the way,” Olivia Kharkover said. “My family are my biggest supporters.”