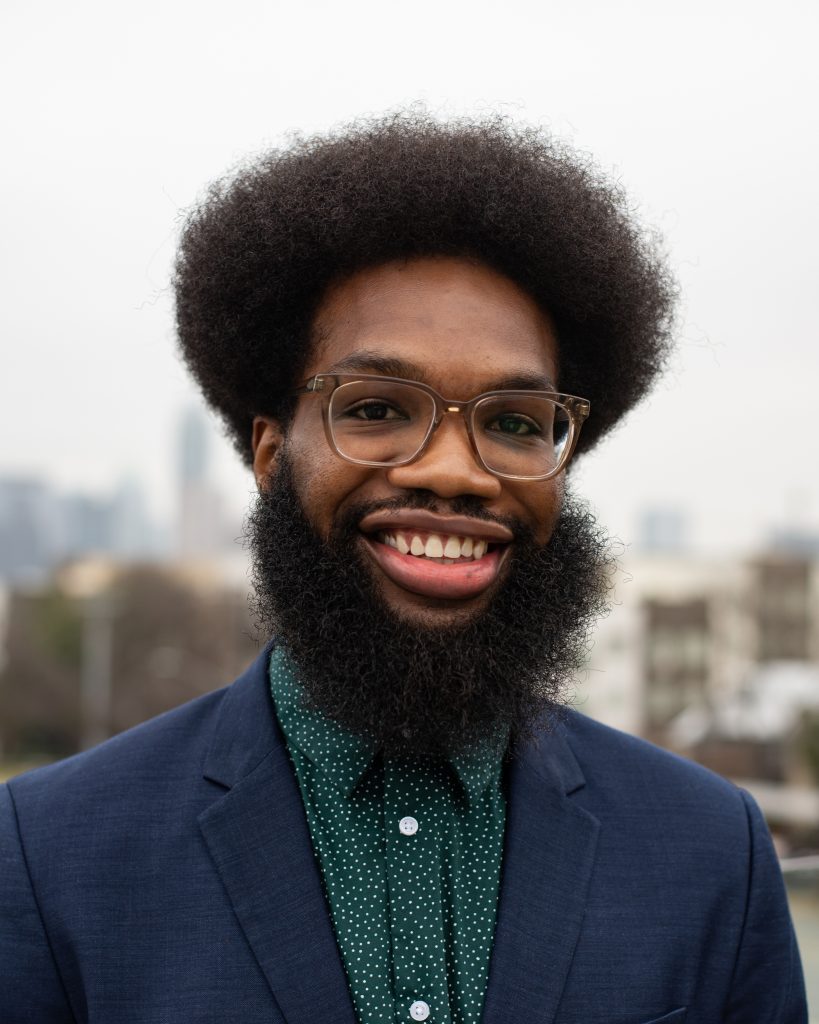 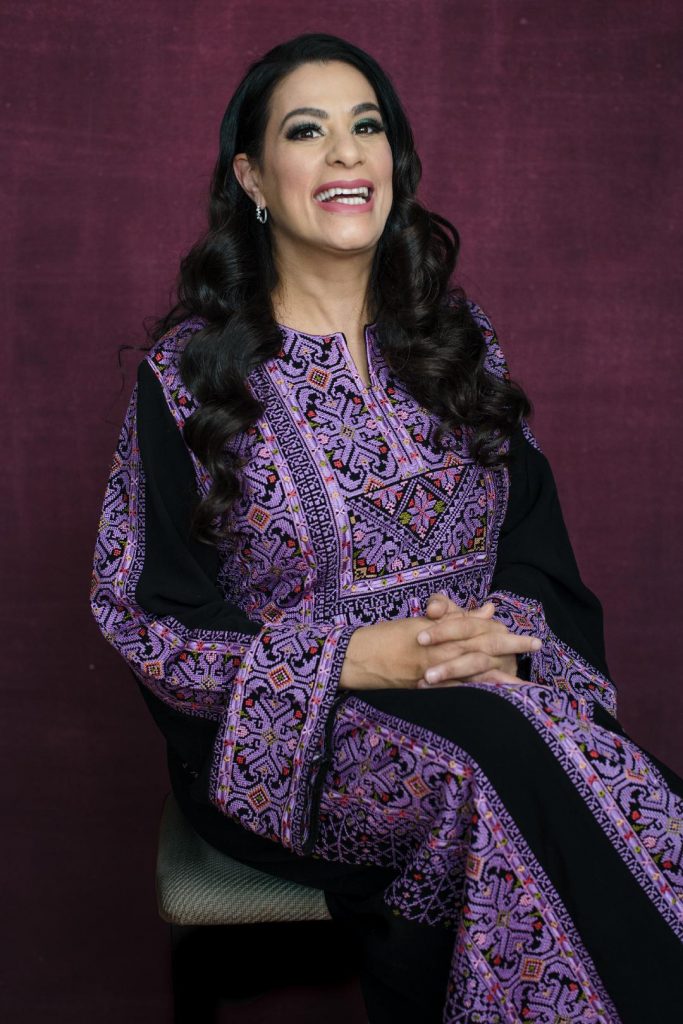 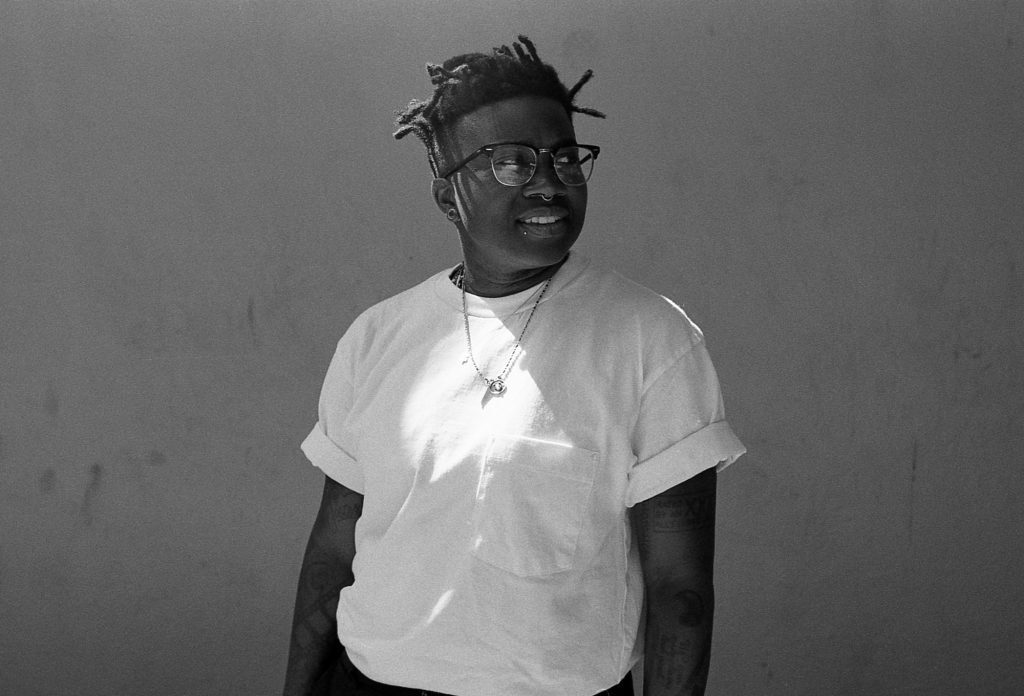 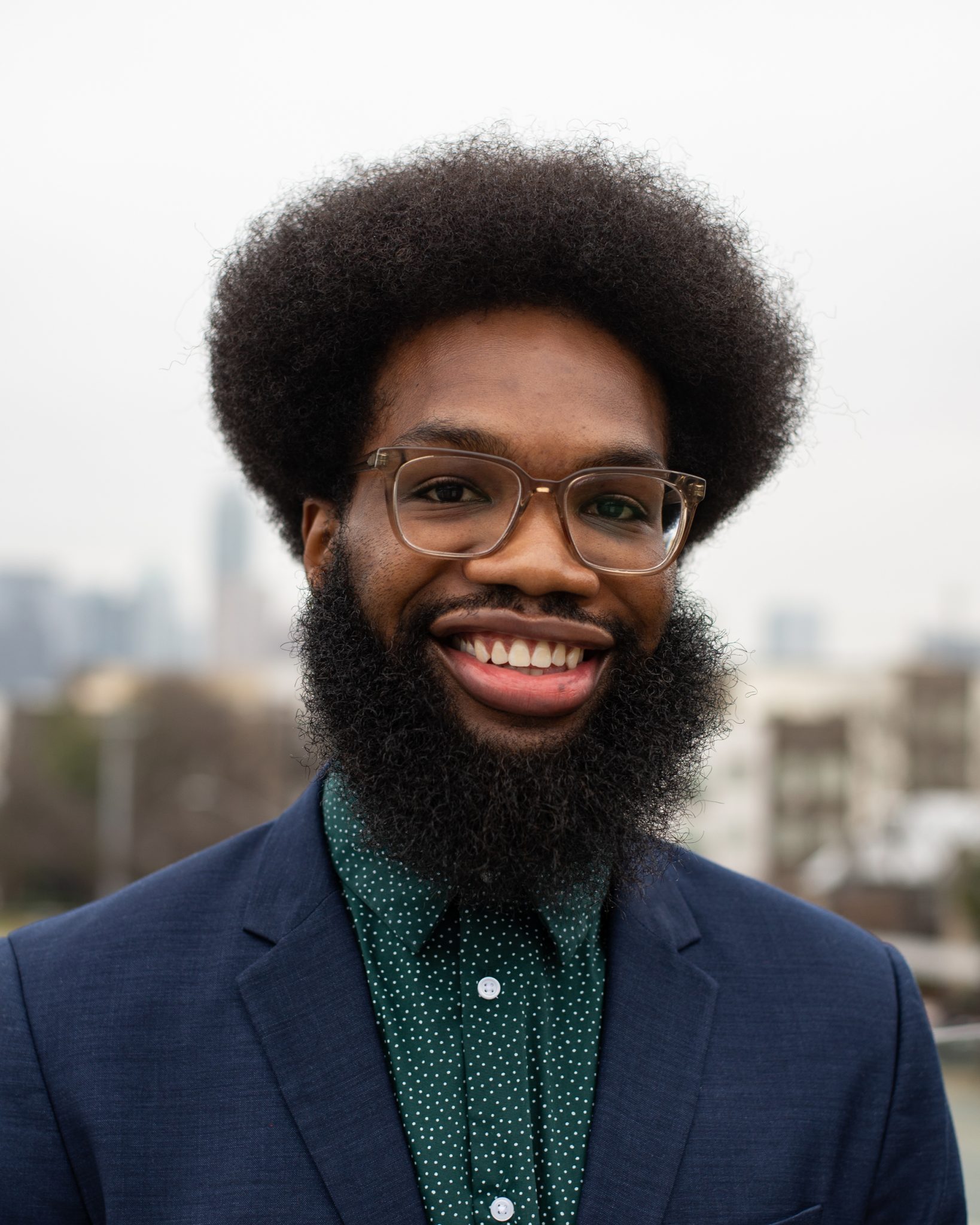 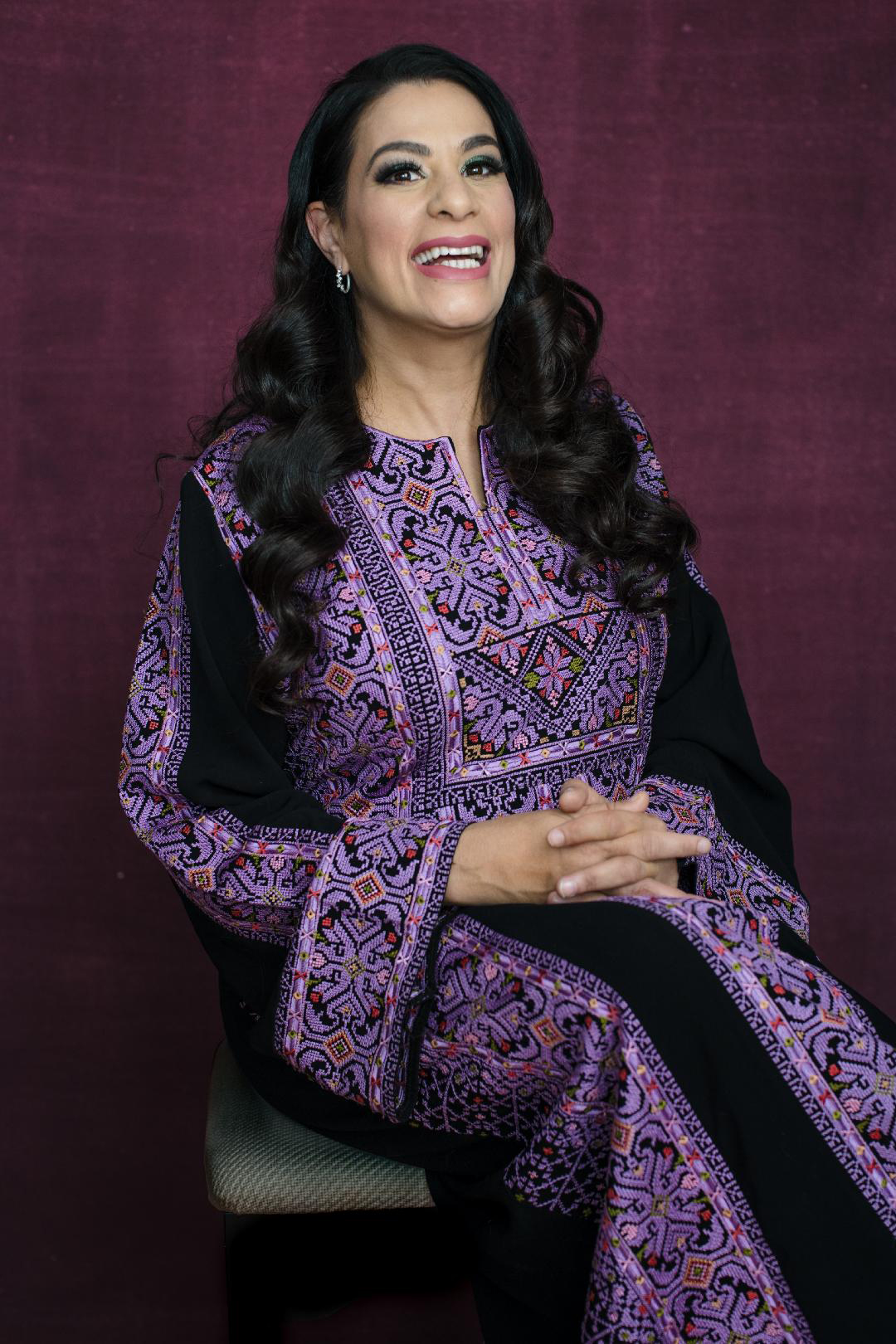 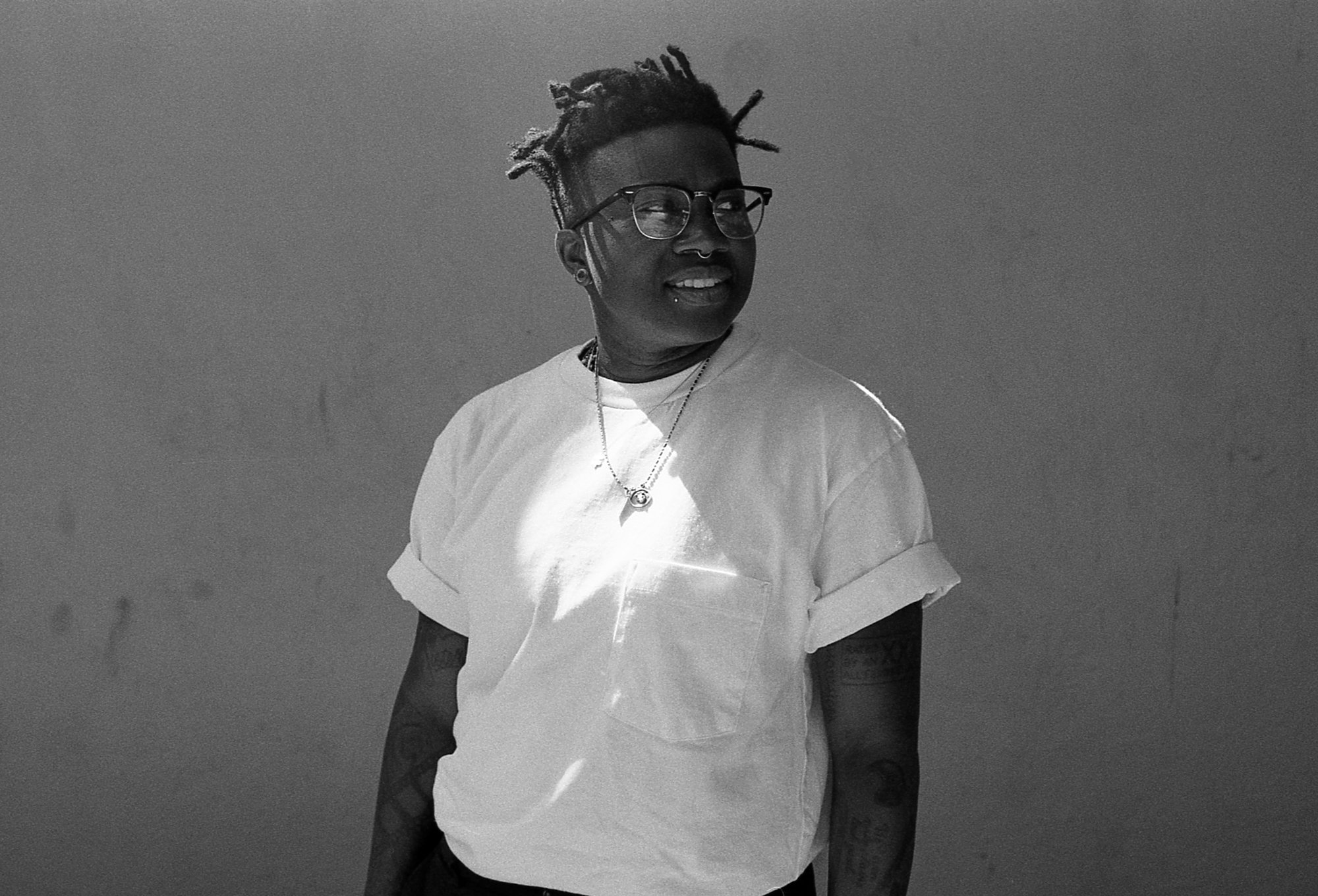 Interdisciplinary tap dance artist Michael J. Love; filmmaker and visual artist Tiona Nekkia McClodden; and comedian, actress and disability advocate Maysoon Zayid have been named Princeton University Arts Fellows for 2021-23 by the Lewis Center for the Arts, and as such will begin two years of teaching and community collaboration in September.

The Arts Fellows program of the Lewis Center provides support for early-career artists who have demonstrated both extraordinary promise and a record of achievement in their fields with the opportunity to further their work while teaching within a liberal arts context, according to information provided by the Lewis Center.

Funded in part by the Andrew W. Mellon Foundation, the David E. Kelley ’79 Society of Fellows Fund, and the Maurice R. Greenberg Scholarship Fund, fellows are selected for a two-year residency to teach a course each semester or, in lieu of a course, to undertake an artistic assignment that deeply engages undergraduate students, such as directing a play, conducting a music ensemble, or choreographing a dance piece, according to the statement.

Fellows are expected to be active members of the University’s intellectual and artistic community while in residence; in return, they are provided the resources and spaces necessary for their work, according to the statement.

The three artists were selected from a large, diverse, and multi-talented pool of over 700 applicants in dance, music, creative writing, theater, and the visual arts, according to the statement.

“We had our strongest pool of applicants ever this year, across all disciplines,” Stacy Wolf, director of Fellowships, professor of Theater, and director of the program in Music Theater said in the statement. “Tiona, Maysoon and Michael will be phenomenal additions to our community as artists and as teachers, and we’re thrilled to support their work for the next two years. We’re especially happy to share good news, which we all need during these challenging times.”

Michael J. Love is a choreographer, scholar and educator. His embodied research intermixes Black queer feminist theory and aesthetics with a rigorous practice that critically engages the Black cultural past as it imagines Black futurity, according to the statement.

In Austin, Texas, his work has been supported and presented by Fusebox Festival, ARCOS Dance, Ground Floor Theatre, and The Cohen New Works Festival. In 2016, he received an Austin Critics’ Table Award in dance, according to the statement.

Love has also collaborated with transmedia artist Ariel René Jackson on video and performance projects, which have been featured in or programmed by “The New York Times Style Magazine’s” #TBlackArtBlackLife series, the New Museum and CUE Art Foundation in New York City, the Galleries at the University of Northern Colorado, the Jacob Lawrence Gallery at the University of Washington, and the George Washington Carver Museum, Cultural, and Genealogy Center in Austin, according to the statement.

Love’s performance credits include the Broadway laboratory for Savion Glover and George C. Wolfe’s “Shuffle Along” and roles in works by Baakari Wilder, as well as Andrew Nemr’s New York-based company Cats Paying Dues, according to the statement.

Love holds an M.F.A. in Performance as Public Practice from The University of Texas at Austin and is an alumnus of Emerson College in Boston.

Tiona Nekkia McClodden is a visual artist, filmmaker and curator whose work explores and critiques issues at the intersections of race, gender, sexuality and social commentary, according to the statement.

McClodden’s interdisciplinary approach traverses documentary film, experimental video, sculpture and sound installations, according to the statement. Most recently, her work has explored the themes of re-memory and narrative biomythography.

She received a Bucksbaum Award for her work in the 2019 Whitney Biennial, a Guggenheim Fellowship in Fine Arts (2019), a Keith Haring Fellowship in Art and Activism from Bard College (2018), and a Pew Fellowship (2016), among other awards, according to the statement.

In 2017-18 she curated “A Recollection. + Predicated.” as a part of the multi-artist retrospective “Julius Eastman: That Which is Fundamental” at both the Slought Foundation in Philadelphia and The Kitchen in New York. Her writing has been featured on the “Triple Canopy” platform, in “Artforum,” “OCTOBER,” “Cultured Magazine,” “ART21 Magazine” and many other publications, according to the statement.

McClodden lives and works in North Philadelphia and is the founder and owner of Philadelphia-based Conceptual Fade, a micro-gallery and library space centering Black thought and artistic production, according to the statement.

Maysoon Zayid, a comedian, actress and disability advocate, is a graduate of and a guest Comedian-in-Residence at Arizona State University. She is the co-founder/co-executive producer of the New York Arab American Comedy Festival and The Muslim Funny Fest.

She was a full-time air contributor to “Countdown with Keith Olbermann” and is a guest writer for “Vice.”

As a professional comedian, she has performed in top New York clubs and has toured extensively in the U.S. and abroad, according to the statement. She was a headliner on the Arabs Gone Wild Comedy Tour and The Muslims Are Coming Tour.

She appeared alongside Adam Sandler in “You Don’t Mess with the Zohan” and is a recurring character on “General Hospital.”

She is the author of the bestselling memoir “Find Another Dream” and is the creator of the “Book of Bay Ann” series.

“It’s our honor to welcome Michael J. Love, Tiona Nekkia McClodden and Maysoon Zayid into the Lewis Center for the Arts,” Tracy K. Smith, chair of the Lewis Center, said in the statement. “Their creative practices and critical discourse will contribute in powerful ways to art making, scholarship and interdisciplinary dialogue in our programs and across campus.”

The next round of Fellowship applications will begin in July with a mid-September deadline. Guidelines will be posted on the Lewis Center website at arts.princeton.edu.

For questions about the Fellowship program, write to lca-fellowships@princeton.edu.