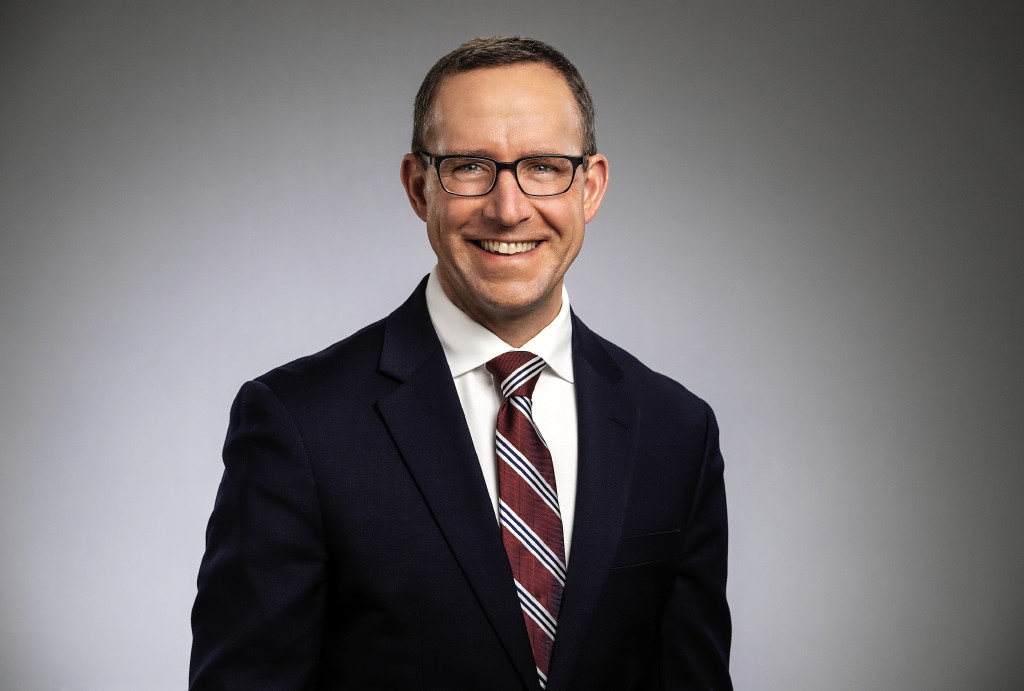 I tried to channel Oprah Winfrey interviewing Prince Harry and Meghan Markle when I spoke with James G. Demetriades, the new CEO and president of Penn Medicine Princeton Health.

Like Oprah, who had a personal relationship with the couple she was interviewing, I was friendly with the interviewee because I worked with him over several years and several name changes of the hospital.

James, who has worked for the Princeton Health organization for 17 years, assumed his new position on March 1 and noted with pride that he still has his identification badge saying Medical Center of Princeton.

But unlike the Oprah interview, I came away with no salacious or news-breaking revelations. The interview confirmed what I always had known: James Demetriades is an extremely competent hospital administrator whose most obvious quality is that he cares, deeply cares about every patient and employee under his administrative umbrella.

Earlier in the year when the much admired, recently deceased Phyllis Marchand, former mayor of Princeton Township, was in the hospital for hip surgery, she called me shortly afterwards to report on her experience. In spite of the challenges of her pre-existing conditions, as well as the circumstances of the pandemic, she gave the institution a glowing review – and mentioned in particular a visit from “an extremely nice man. … He was younger than we are,” she said. “He genuinely seemed to care about me. This was no perfunctory visit. He said his name was James and was vice president of something. (At the time, he was senior vice president and chief operating officer.) He had such an empathetic manner, I think we need to get him into politics,” she said.

I agreed with the nice and empathetic part, but not about the politics. The community needs James Demetriades to be exactly where he is, leading a very high quality health care institution, whose infrastructure was radically transformed under former CEO Barry Rabner.

James, however, is determined never to be complacent about the successes of the past, but rather to focus on the operational excellence of the present and future.

“I cannot be more excited to be in this job at this time of challenges and possibilities. We have spent the past year with the pandemic that has led to all sorts of important changes and improvements in healthcare delivery,” such as the significant expansion of telehealth services. “Also, at our hospital, we have spent the last 10 to 12 years building a remarkable health care infrastructure in Central Jersey … a $1.2 billion health campus addressing the needs of individuals at different phases of their lives. In addition, we are now aligned with one of best academic medical centers of the country, Penn Medicine,” that will allow Princeton Health system to “become the undisputed leader in quality care in our market.”

In addition to the focus on quality, James described the hospital’s goal to provide access to cutting-edge care, including the development of an innovative and integrative cancer center that will bring clinical trials to Princeton. He was particularly pleased that a new state law now allows Princeton Health to perform elective angioplasty, when previously it was licensed to do only emergency angioplasty.

The hospital has the talent and the technology – and now it finally has permission to give residents the lifesaving cardiac care close to where they live – something people have been demanding since the new state-of-the-art hospital became operational, James said.

And a particularly important priority for James is investment in the employees. “I have no doubt that the people who work here make Penn Medicine Princeton Health what it is. And in order to guarantee the best possible outcomes for our patients, we must make sure we meet the needs of our employees.”

The pandemic did shine a spotlight on the amazing care providers, said James, who was awed by their performance during the past year. “Staff worked extra shifts, and after very long days, they went home to care for their families” and deal with their own personal challenges, such as protecting the health of their aging parents, counseling children, struggling with virtual learning, juggling financial stresses cause by unemployed members of their family.

“They worked under unrelenting personal and professional stress,” said James, who has observed the staff not only from a professional vantage, but also from a very personal perspective. James and his wife, an assistant professor of pediatrics at Perelman School of Medicine at the University of Pennsylvania, had their two daughters, now five and six years old, in the hospital, and his mother recently had lung cancer surgery at the hospital, along with the follow-up treatment.

I asked what propelled him to embrace the high-stress field of hospital administration with such profound life-and-death consequences?

“I was one of these weird kids who from the very beginning of my academic life I knew what I wanted to do. I chose hospital administration, because from a very young age I thought that frontline medical workers had the most virtuous and important job anyone could have. It was my grandmother who most influenced my thinking. She was a nurse at Coaldale State General Hospital – I grew up in coal country of Pennsylvania,” where he watched his grandmother deal tirelessly, calmly, intelligently, and creatively with the many overwhelming health problems, including black lung disease. “I was unsure about my abilities to be a superior clinician, but I was absolutely sure I wanted a career that would support those frontline caregivers and help them do their jobs to the best of their abilities,” James said.

I can’t imagine that James’s response to my question would surprise anyone with whom he works. My conversation with James produced no earth-shattering revelations, but certainly provided profoundly reassuring comfort at a time when I think we all need it.