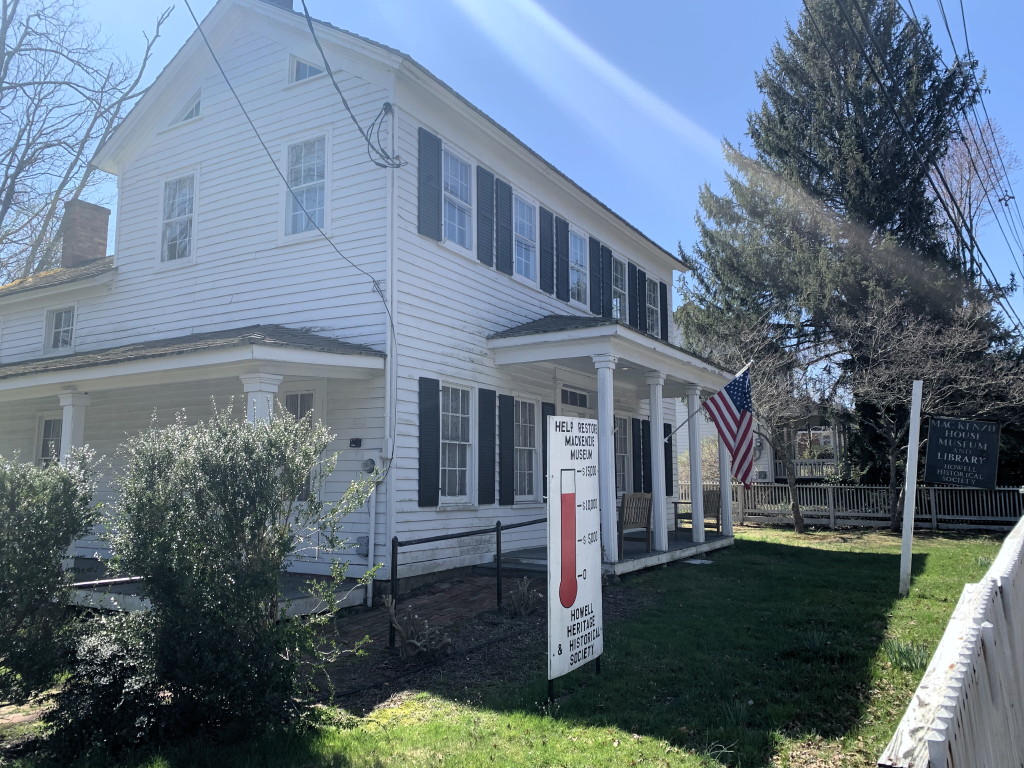 HOWELL – Members of the Howell Heritage and Historical Society have been applying for grants and relying on donations in their ongoing effort to restore the historic MacKenzie House Museum and Library on Lakewood-Farmingdale Road in Howell.

The coronavirus pandemic that overtook New Jersey in March 2020 and is now in its 13th month has also slowed the society in its plan to eventually reopen the building to the public.

The MacKenzie house was previously owned by Howell and is now owned by the Howell Heritage and Historical Society.

The house had its origins as a settler’s cabin between 1730 and 1750. A grist mill was built in 1779 and the cabin became the miller’s home. An addition to the home was built in the 19th century.

Jessie and James MacKenzie purchased the house in 1956 and owned it until 1982, when Howell paid for a restoration.

Artifacts that remain in the building were owned by a historical society that no longer exists.

In 2019, the Township Council sold the building to the Howell Heritage and Historical Society. Bob Novak became president of the new organization in January 2020. In February 2020, the society officially took over the building.

In an interview this week, Novak told the Tri-Town News the COVID-19 pandemic has made the restoration process more difficult.

“The way the past year has worked out with COVID, there were not a lot of things we could do,” he said.

One thing the historical society has been able to do is reach out to the community through newsletters and fundraisers.

“We did an Old Monmouth Candies fundraiser … and a portion of the proceeds went to (the restoration) funds and there were a few people who made a donation in lieu of buying candy, so I guess they didn’t need any extra sweets around the house,” Novak said.

Word of mouth and newspaper articles have been helpful in trying to bring the historical society’s restoration efforts to the attention of the public, “but it is a slow go, to kind of build up funding,” Novak said.

“Hopefully, we want to be able to reopen the house for the public to stop in. Whether we do formal or informal education events about the house, the owners and its history. The back part of the house is from about the early 1800s, we are not sure of the date,” Novak said.

The front of the MacKenzie house dates from the 1850s.

“Basic restoration, after 150 years or so things start falling apart,” Novak said about some of the work that will be required at the site.

The northwest foundation and the porch pillars must be addressed as the situation continues to deteriorate. Dirt from a sidewalk and under the porch is sliding into the basement and that is causing the west end of the porch to sink.

At some point the porch roof will become an issue and the members of the historical society want to avoid seeing that type of damage occur at the MacKenzie house.

The members of the Howell Heritage and Historical Society are planning to hold their first in-person meeting of 2021 on April 23. For more information, visit https://howellheritagehistoricalsociety.org/