During the May 25 meeting of the Howell Township Council, resident Kathi Novak asked if any progress had been made on Mayor Theresa Berger’s recent request to her fellow municipal officials that a local ethics board be created.

“Is anybody working on it? Is it in the process? What is going on?” Novak asked.

Berger was not present at the meeting, but Councilman John Bonevich said that since the mayor had raised the issue, nothing has been put forward to the governing body regarding the formation of a local ethics board.

If a Howell ethics board was created, that would be the venue before which residents could file complaints about municipal officials.

Township Attorney Joe Clark told Novak that in order to create an ethics board, an ordinance would have to be adopted by the council to staff and to create a budget for the panel.

Novak said she has concerns about a councilwoman and about posts she has seen on social media and does not know where to bring her concerns.

“If we had an ethics committee or an ethics board I could take it there, but at this point I do not know what do to and it is alarming,” she said.

Clark said Novak could email her concerns to him.

A horse had to be put down after it got loose and was struck by a motor vehicle on May 24 in a rural area of Howell. Sgt. Peter Kuppler of the Howell Police Department said a collision involving a motor vehicle and a horse was reported to police via a 911 call at 11:42 p.m.

Kuppler said a motorist was traveling on Route 547 (Squankum Road) when the vehicle struck a horse that had apparently gotten loose from a stable at a nearby horse farm.

The sergeant said the driver of the vehicle sustained minor injuries and was transported to a hospital for treatment. Kuppler said that with permission from the animal’s owner, the horse was put down by patrol officers. 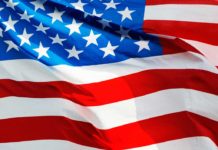