Months after trying his first cup of coffee, Eric LeGrand decides to open storefront in Woodbridge 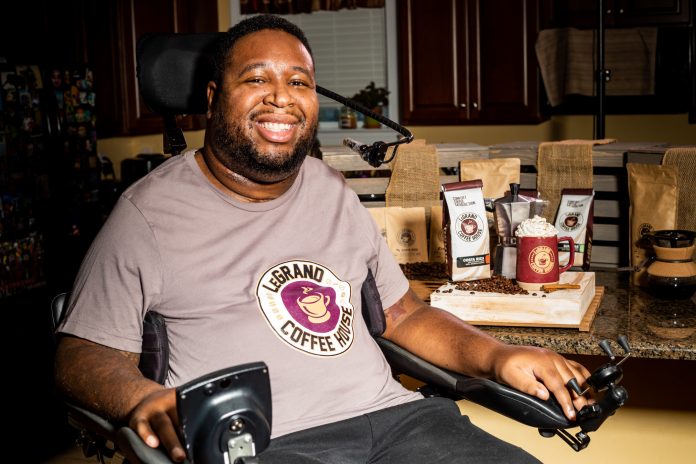 The man has pretty much been a symbol of courage and perseverance. The former Rutgers University football player has a great smile and endearing personality. And, apparently, he also has a zest for coffee.

But that wasn’t always the case.

And so, he needed to know what the fuss was all about.

In August of 2020, LeGrand drank his first cup of coffee … and he became hooked.

“It’s the first thing people do in the morning. There’s got to be something to it,” LeGrand said.

And so LeGrand decided to dedicate himself to something that is such a big part of people’s lives. Like he has done with other aspects of his life, he put the work in, learning and discovering all he could about coffee.

And he then launched his own brand with online distribution.

But he didn’t stop there. He wanted to have a brick-and-mortar destination, a place where people could gather and sit and enjoy his coffee. And so, the LeGrand Coffee House is expected to begin brewing at 10 Green St. in Woodbridge beginning this summer.

In October 2010, the Woodbridge native sustained a spinal cord injury at his C3 and C4 vertebrae while playing football for Rutgers University. Since then, he has become an entrepreneur, motivational speaker, sports analyst, philanthropist and author.

Through LeGrand Coffee House, LeGrand hopes to bring people together and inspire them by providing a “Daily Cup of bELieve” that will remind them to attack their goals each and every day, according to his website.

For more information and updates on the progress of the coffee shop, visit https://legrandcoffeehouse.com/