The announcement was made by Chief of Police Michael Owens in a quarterly report released on July 12.

The police department has 21 sworn officers.

“All our officers, uniformed and plain clothed detectives, will be utilizing this valuable tool. Our officers currently use an in-car mobile video camera during motor vehicle stops and these body-worn cameras will be integrated into that system as well,” Owens said. “The body-worn camera initiative is a great example of our police department’s commitment to providing the highest level of police service in a progressive and transparent manner.”

Owens thanked residents, the Cranbury Township Committee, and Township Administrator Denise Marabello for investing in the purchase of the body worn cameras.

“I am confident our officers will progress with the latest mandate and show continued professionalism, courage and integrity in all areas of their work,” he said. “Look for more technical information and for the policies associated with the body worn camera program on our township website.”

In the 2021 capital budget for this year’s municipal budget, $65,000 was allocated for police department body cameras. On April 12, the Township Committee went on to unanimously adopt a bond ordinance appropriating $1.45 million for various capital improvements, which included $65,000 for those cameras.

“I fully support our wonderful officers and believe the cameras are a positive step forward,” Township Committeeman Jay Taylor said. “The cameras benefit all sides from providing a view on the dangers of policing, to transparency to the public during interactions and protection for officers from false allegations.”

He said his sole concern with the body cameras is the resource and financial implications.

“The footage is part of discovery and subject to OPRA (Open Public Records Act),” Taylor said. “Today, we have limited resources, and if the footage is used by attorneys in the same manner as other records I could envision a situation where additional staffing would be needed.”

According to the police department, cloud-based storage is being used to store the data and will cost $4,000 annually.

Gov. Phil Murphy, in November 2020, signed legislation focused on the use of body-worn cameras for law enforcement. 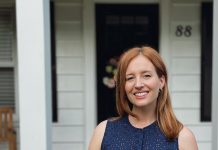 Candidates seek to earn three seats on Cranbury school board