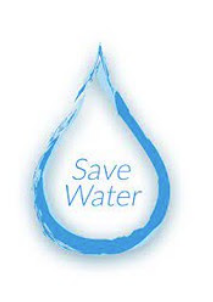 The campaign encouraged residents to make a series of pledges to use water more efficiently, reduce pollution and save energy.

Hillsborough has maintained its standing of first place in New Jersey since 2019.
“Thank you to every resident who took the pledge and once again proved it is the great people of our township who continue to make Hillsborough one of the best places to live in America. A special thank you to the township employees and the business community who came together to promote the pledge drive,” Mayor Shawn Lipani said in a prepared statement.
Earlier this year, Lipani announced he would join mayors from across the country for the challenge by asking residents to make a long-term commitment to manage water resources more wisely, according to previous reports in the Hillsborough Beacon.

The annual challenge, which was held from April 1-30, is a nonprofit national community service campaign that encourages leaders to inspire their residents to make a series of simple pledges at mywaterpledge.com to use water more efficiently, reduce pollution and save energy, according to the statement.

The program was started 10 years ago by a handful of mayors who were looking for alternative ways to engage their residents more deeply about the upcoming water challenges in the United States.

“Water conservation is critical for a sustainable future and Hillsborough remains dedicated to supportive efforts for further education and awareness to initiatives such as this. In 2020, Hillsborough maintained its first place in New Jersey from 2019 and finished 12th in the nationwide challenge,” Lipani said in the statement.

Last year, 4,007 Hillsborough residents pledged to reduce their annual consumption of freshwater by more than 16.1 million gallons, reduce waste sent to landfills by 438,000 pounds and eliminate 36,157 of single-use plastic water bottles, and saved $119,810 in consumer costs, according to the statement.

The challenge goes beyond short-term issues and looks at the ways water use will affect the future of communities — from how people manage coasts, lakes and rivers to reducing polluted runoff, according to the statement.

Cities with the highest percentage of residents who take the challenge in their population category have a chance to win $3,000 toward their home utility bills, and hundreds more eco-friendly prizes. In addition, residents can nominate a deserving charity from their city to receive a 2021 Toyota Highlander Hybrid.

Hillsborough also supports many clean community initiatives, such as participating in cleanup and drop-off programs, Littercon, and plogging (picking up litter while jogging).

To date, Hillsborough has achieved nine certifications in 11 years, leading all towns in Somerset County and is the second most certified town in New Jersey since the municipal certification program began in 2009, according to the statement.

Sustainable Hillsborough is currently under the direction of David Kois.