Cannabis businesses – from retail stores to operations that grow, manufacture and distribute cannabis – will be permitted to open their doors in Lawrence Township under an ordinance that has been adopted by the Township Council.

Council members unanimously adopted an ordinance that will permit cannabis businesses to locate in selected areas of the township following a public hearing on the ordinance at their July 20 meeting.

While the adoption of the ordinance was greeted with positive comments from some meeting attendees, it was met with criticism from one attendee who urged the council members to delay action and study the issue further.

Municipal officials in Lawrence, like their counterparts across New Jersey, face a deadline of Aug. 21 to decide whether to “opt in” and permit any or all of the state’s six classes of cannabis businesses to open in the township, or to “opt out” of allowing the businesses.

If officials do not act by the deadline, cannabis businesses would be allowed to operate in all industrial zones. The retail sale of cannabis would be permitted in all commercial and retail zones for the next five years.

At the end of the five-year period, municipal officials would have six months to adopt an ordinance to regulate or ban the businesses. However, the ordinance would not apply to cannabis businesses already operating in the town.

New Jersey voters overwhelmingly approved legalizing adult use of cannabis, or marijuana, for recreational purposes in a statewide referendum in November 2020. It was legalized for adults over 21 years old.

The ordinance adopted by the Township Council permits the retail sale of cannabis and delivery service businesses in the Regional Commercial and Highway Commercial zones, but limits the number of licensed recreational cannabis retail stores to a maximum of two.

There is an exemption to the limit of retail stores that applies to “any currently licensed medical marijuana operator” in the township.

Zen Leaf, which is a medical marijuana business, opened on Route 1 recently. With that exemption, there could be as many as three retail stores if Zen Leaf becomes a licensed recreational cannabis retailer.

The Quaker Bridge Mall is in the Regional Commercial zone. If the mall owner allows it, cannabis retailers and delivery services may open at the mall, which is at Route 1 and Quakerbridge Road.

Likewise, cannabis retailers and delivery services are restricted to storefront areas along Route 1 in the Highway Commercial zone, between Quakerbridge Road and Franklin Corner Road. This includes the Mercer Mall.

Cannabis cultivators, manufacturers, wholesalers and distributors are allowed to operate in the Mixed Use-2, Mixed Use-3 and Limited Industrial-1 zones. The MX-2 zone is on Bakers Basin Road and the MX-3 zone is on Princess Road. The LI-1 zone is on Quakerbridge Road.

Finally, cannabis delivery services bring cannabis items to a customer who purchased them directly through the delivery service. The order would be processed by a retailer and delivered to the customer.

Resident Martha Friend thanked the council members for “opting in.” It is “so important” because it reflects the town’s values, she said.

Resident Edward Wiznitzer said he had been “waiting for years” for this ordinance. He said he knows many people whose lives had been ruined or destroyed by marijuana laws all over the country.

Those people lost their careers and many people spent time in jail “because somebody smoked something the law said you should not smoke,” Wiznitzer said.

But resident Gene Truncellito urged the council members to hold off on opting in to permit cannabis businesses until after the New Jersey Cannabis Regulatory Commission issues statewide cannabis regulations.

In a July 14 letter to the council, Truncellito also called on the governing body to appoint a government/citizens committee to study the implications of the new law that legalizes cannabis and to report back with recommendations.

Truncellito wrote that “if opting in is already a done deal,” the ordinance should be amended to prohibit retail cannabis stores and courier delivery services. Cultivation, manufacturing and wholesale operations could be permitted, but not retails sales, he wrote.

The November 2020 statewide referendum has been cited to justify licensing cannabis businesses, but in reality, “it entitled no one to municipal approval to set up a pot business anywhere in New Jersey. It provided no rights to recreational pot users to make purchases at storefront retail pot shops permitted at the municipal level,” he wrote.

“If we are going to speculate about what voters intended, it seems more reasonable to ‘suggest’ that those who voted for recreational pot decided simply that they are OK with people getting high in the privacy of their homes and avoiding criminal records for youthful offenders,” Truncellito wrote.

Truncellito pointed out that officials in more than 100 New Jersey municipalities have opted out of permitting cannabis businesses and said that number will likely grow by the Aug. 21 deadline.

He wrote that in states that have legalized marijuana, a majority of municipalities have opted out – 80% in California, 64% in Colorado, 79% in Michigan and 60% in Oregon. 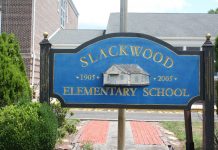 Note found at Slackwood School deemed not a threat 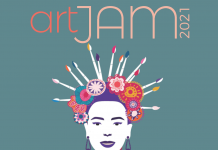