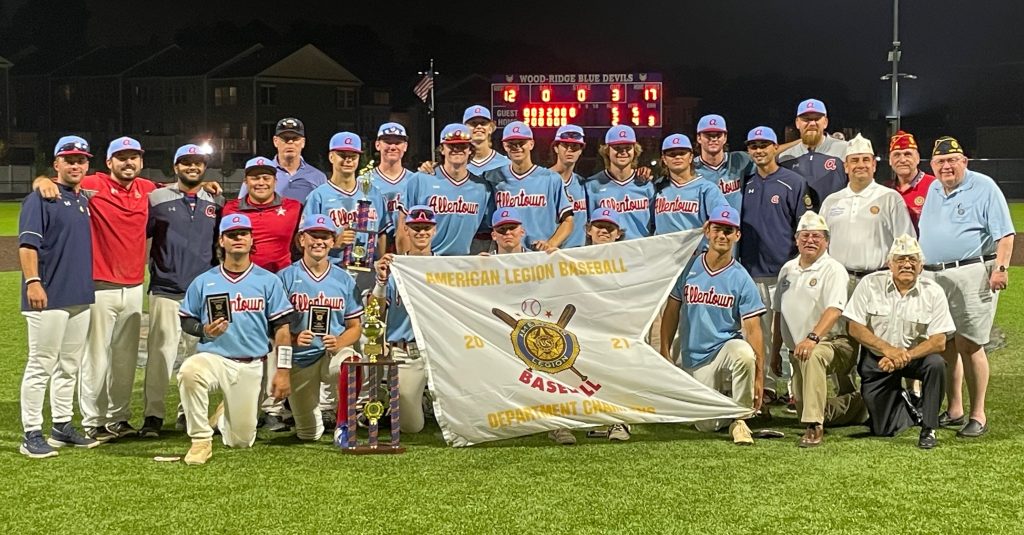 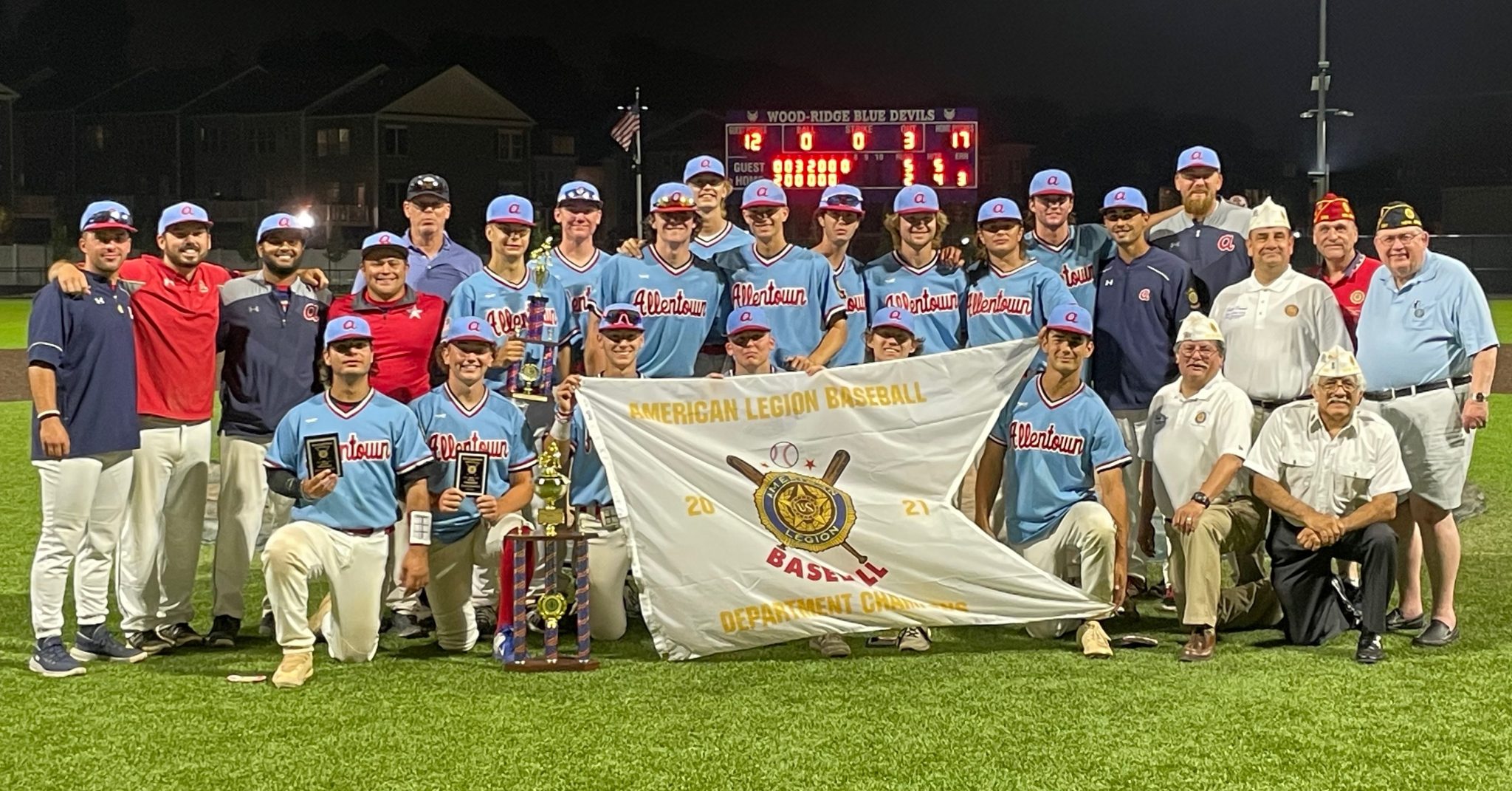 A total of 18 players who attend four high schools in Monmouth and Ocean counties came together on the diamond this summer to help the Allentown American Legion baseball squad make history.

“We had 18 kids from four schools come together to do something special,” Allentown manager Sahil Thakur said. “It was a great win for our program. It was good to see our hard work pay off.”

The summer of 2021 was Thakur’s first season managing Allentown. He has been associated with the program for five years as a player and as an assistant coach.

Competing in District III, Allentown won two games in pool play, including a 6-2 victory over South Harrison on July 19 to earn an automatic bid into the state tournament.

Reaching the state tournament was a goal for the team from the start of the season, Thakur said.

“We really wanted to make it out of the district tournament,” Thakur said. “When we got to the middle of the season, we knew we had a really good chance of doing that and making a run at winning the whole thing.”

Villapiano was Allentown’s starting pitcher in the state championship game. The recent Freehold Township graduate tossed six innings of two-run ball and earned Most Valuable Player honors in the game. He fashioned a 5-0 record this summer.

Allentown trailed early, 2-0, but battled back in the third inning. Merkel doubled in a run to make it 2-1, before Marcario smashed a two-run home run to give Allentown a 3-2 lead the team would not relinquish.

The feelings of helping his squad take the lead and winning a state title felt “amazing” for Marcario, who was diagnosed with leukemia in 2018 and missed two years of baseball while he battled the disease that is now in remission.

“I have overcome so much and now I’m a champion,” Marcario said. “It’s surreal. I didn’t know if I would get a chance to play again. It feels awesome.”

Marcario is excited about the prospect of continuing his baseball career at The College of New Jersey.

Allentown added two insurance runs in the fourth inning of the title game as Barth and Steen each drove in a run for a 5-2 lead. Steen hit almost .600 in the state tournament, according to Thakur.

Merkel pitched the seventh inning and did not allow a run as Allentown locked up the 2021 American Legion state championship.

“Hopefully this (effort) puts American Legion on the map and gets more kids excited to play it during the summer,” Marcario said.