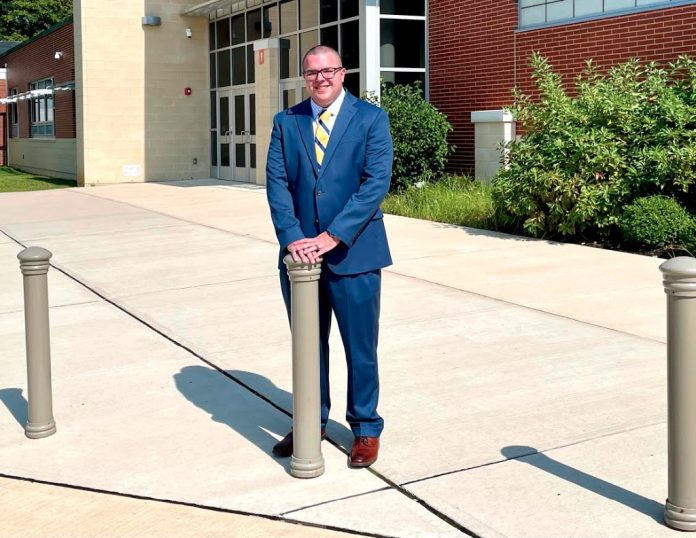 Howe will succeed Rocco Tomazic, who announced his retirement after eight years with the Freehold Borough schools in May.

“Dr. Howe has been intimately involved in all of our recent successes,” Tomazic said. “I am confident the district and (its) students will be well served.”

According to the press release, Howe joined the district in 2014, one year after Tomazic became superintendent.

“Under the leadership of Dr. Tomazic, (Howe) played an integral role in helping to address critical funding and facilities issues for our schools,” district officials wrote in the press release.

“During his time in Freehold Borough, Dr. Howe oversaw a facilities expansion of 50,000 square feet of space for students, assisted in the addition of over 40 new positions to the faculty and staff, and helped to secure a state funding increase of approximately $10 million, nearly doubling the district’s state aid,” according to the press release.

In selecting Howe to lead Freehold Borough’s students and staff, school board President Paul Jensen spoke highly of his work on behalf of the district.

“The most important job of a school board member is the hiring of a superintendent of schools,” Jensen said. “Upon learning of Dr. Tomazic’s retirement, the board set forth a deliberative process to find his successor. The board sought input from a number of different stakeholder groups on qualities the community seeks in the next superintendent.

“A few common qualities emerged, including building upon the groundwork that has been laid to get our schools to full funding from the state so the children of Freehold Borough can get the thorough and efficient education they deserve, and having a plan of action for academic recovery for students who have fallen behind due to the issues from COVID-19,” he said.

“The board, as well as the stakeholders, also wanted to maintain an open, transparent and honest relationship with the faculty, staff, community and the board that Dr. Tomazic has established in his tenure.

“After collecting resumes and interviewing several candidates, Dr. Joseph Howe emerged as the top candidate with all those qualities. Over the past seven years, Dr. Howe worked closely with Dr. Tomazic and has been an integral member of the school district’s cohesive leadership team.

“In the upcoming year, the board, along with Dr. Howe as superintendent, hopes to restart a strategic planning process to shape a vision for our schools that will carry the community several years into the future,” Jensen said.

According to his district biography, Howe worked as a forensic auditor for the state before becoming a school administrator. He is also a certified public accountant, fraud examiner and government financial manager.

In a statement, Howe said, “I am truly humbled and honored to be selected by the Board of Education as the community’s next superintendent of schools.

“What sets Freehold Borough apart is we have all the elements necessary for a successful school district in place: a Board of Education committed to the entire school community; faculty, staff and administrators dedicated to all students; students and parents who are engaged with the schools; and elected officials and community members from throughout the borough who care deeply about the school system.

“While the role of a superintendent is to lead the school district, it is very much a support position in helping to provide our students, faculty and staff with the resources they need to be successful.

“I sincerely thank Dr. Tomazic for his mentorship over the years and hope to continue his legacy of excellence for the Freehold Borough school district.

“While I may not be new to our schools, I will be new to this position, so I encourage anyone interested in our schools to share their thoughts with me on the future of the district. I look forward to working with the entire school community,” Howe said.