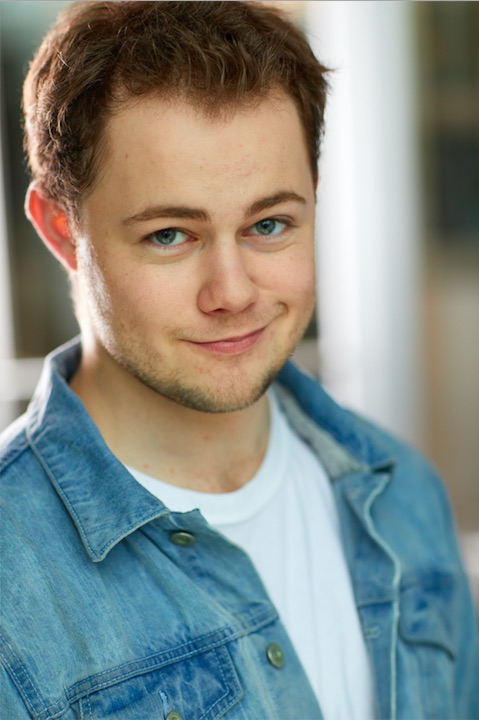 Joe Lenihan would go to family functions and birthday parties dressed up as Indiana Jones or Superman.

Occasionally he would dress as Clark Kent, which entailed wearing a suit with a Superman costume underneath, just in case.

“I think I subconsciously made the decision that I couldn’t do every profession that existed. And jobs like spy or superhero were particularly hard to come by. So the idea of acting came out of that,” explained Lenihan, who found an interest in the acting profession at age 8.

Now 23, the North Brunswick native is fulfilling his childhood dream of being everything that he saw on TV.

“When I told my mother I wanted to act, she brought me to the North Brunswick Adult Drama Group auditions for ‘Mame’ to see if I was any good at it. I got the part of Patrick Dennis, the young boy at the very end of the show, who serves to kind of carry on the torch of the show’s main theme. Of course I didn’t understand that then, I was just excited I got to swear on stage and no one could yell at me for it.

“For some reason, performing as a kid made sense to me. I always had these wild fantasies of what life could bring. It’s part of why I would dress up as various characters; I felt like I needed to be prepared to be engulfed in some sort of plot. Performing felt like I finally got to take off the suit and be Superman, actually be a part of some derived fantasy,” he said.

His mother started taking him to auditions in New York and he built up his resume with several New York University student films.

“Recently, I played the older Peter Dennis in the play version [of ‘Mame’] in New York and it was nice, it felt like things had come full circle,” he said.

“Some friends convinced me to do theater in high school so I took a break from short films and focused on that for pretty much the entire time I was there. I found that I actually enjoyed Shakespeare when I played Macbeth my junior year. I really liked the immediate satisfaction of performing live; I didn’t have to wait six months to find out if what I was doing worked.”

“Turns out that beyond the fantasy of being a superhero, I enjoy the process of theater and drama. Also, I was living in New York and getting a steady work flow – that’s all an aspiring artist can ask for,” he said.

He has appeared in commercials and industrial videos, about 10 or so short films, four feature-length web series, and about 10 plays or musicals.

In October he is going to shoot his fifth feature-length film, which will be his first project that will be released as an actual feature.

“It’s hard these days to get audiences to watch full-length indie films, so a marketing tool that producers use is to break things down episodically,” he said.

Yet Lenihan still considers filmmaking new for him.

“I’ve made four short films and a two-part pilot for a web series. I currently have two short films in post-production that should be coming out within the next month. For the most part, I made them as exercises, like a learning experience for my friends and me, with plots based around what we could manage in terms of location. But I put them out there because I think they’re pretty fun.

“I started directing when I had to make a movie for my Advanced Placement German class in high school. We made a noir thriller in a language none of us spoke very well. I was a bit put out when my group decided to cast me in the smallest role, as an extra who gets strangled in the opening shot – I nailed it, though.

“I was known as ‘the actor guy,’ but they thought I was most useful in the director seat because I knew what I was doing. I ended up writing, directing and editing the whole project and loving every minute of it.

“I had known already at that point, there were so many unsung heroes of filmmaking. As an actor, I got a lot of attention, so condescendingly, I didn’t get why a person would want to put in the effort behind the camera just to go unnoticed. But the satisfaction of having a movie to present that I really worked hard on was hugely fulfilling – and internally, not trivially,” he explained.

However, Lenihan said seeing himself on screen “is a largely unexciting element of my life.”

“It’s ironic because that used to be the whole draw: I would be in a movie, then go to the premiere excited to see myself act. That fell away after AADA because they’d make us watch our work with a critical eye. Now I just see it as a learning experience.

“I’m also uncomfortable with the idea that people might feel obligated to compliment me after a premier or a screening, so adapting a more professional approach helps me stifle any need for validation. It’s a healthier mindset, especially when your craft is so self-critical,” he said.

Lenihan has been nominated for Best Actor in a Thriller by the 2021 New Jersey Web Festival for his role in the web series “Or So The Story Goes: Knock, Knock.”

Melissa Malone, producer of “Or So The Story Goes” submitted the piece, an anthology web series that took old children’s stories, like the Grimm Brothers tales, and turned them into modern horror stories, created by Malone and Theresa Lebreglio.

“A lot of indie movies are horror- and thriller-based because the simplest premises can wield the biggest emotions. The acting can get really intense when you have to get up to the same energy as a theater performance and keep it believable. It’s a really educating process because sometimes you’re doing the most while working with the least,” he said.

Lenihan’s ultimate career goal is to keep making movies with the group of friends he has now.

“I have my list of famous directors whose casting agents I’ll continue to hound with blind submissions, but ultimately I’d like the work that my team and I have put into production to pay off,” he said.

To young actors or other artists, his advice is to turn to production.

“So many people in the industry diversify, no one really does just one thing anymore, and there’s so much you can do with a phone camera and a computer,” he said. “If you’re into one facet of filmmaking, chances are you’re into a bunch of others and you just don’t know it. So go find people with complementary interests, watch some how-to videos, and make a movie. It’s really the unofficial step one, it’ll show you what you like, what you don’t like, and you can find out if it’s really something you want to do. You really have to be obsessed to hold your own interest, let alone other people’s.

“Two, the most well-rounded artists, in my opinion, are writers. There’s a lot of lessons to be learned from just attempting to write something, even if it never gets produced.

“Three, don’t get discouraged. You’re not going to learn everything day one. At least once a year, I’m told something that makes me say, ‘ Huh, that would’ve been nice to know 10 years ago.’

“Try to stay consistent and keep an open mind. If you’re a filmmaker, remember, no one is crueler than audiences. Cinema is the one art form that pretty much everyone agrees on, and everyone thinks they’re the expert. Don’t write off people’s criticism, but separate the constructive from the unhelpful.

“Finally, surround yourself with other artists. I’ve gotten more done with two other people in one week than months on my own. Other people’s passions can spark yours,” he said.

To view some of Lenihan’s work, visit www.youtube.com/channel/UCjiiHU_q-O08ANpb3AYImsg