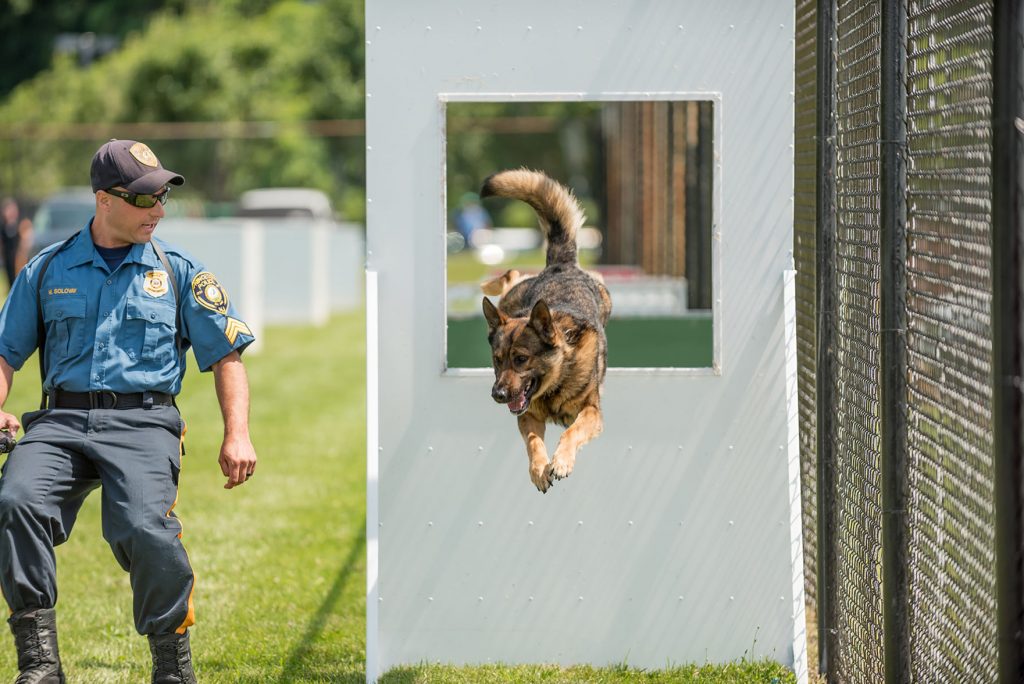 Lawrence Township officials are moving ahead with plans to create a dog park – dubbed “Hero Dog Park” – at Hamnett Park on Ohio Avenue, in the southern part of Lawrence Township.

The Lawrence Township Council awarded a $24,300 contract to ACT Engineers to design the dog park. The proposal calls for two fenced-in areas: one for small dogs and one for large dogs.

“South Lawrence has needed a dog park,” Nerwinski said. There is a dog park in Village Park, in the northern part of the township, but nothing in the southern end of the town.

The suggestion to name the dog park Hero Dog Park grew out of a newspaper article written by the late James Hewitt in The Lawrence Ledger in 1995. Hewitt, who died in 2012, was a World War II veteran and was present at Pearl Harbor when it was bombed by Japan.

Hewitt, who was a retired Lawrence Township police officer, wrote that when he was stationed on a small island in the South Pacific, he befriended a captured German shepherd that had been trained as a war dog by the Japanese army. The dog was adopted by Hewitt and his U.S. Army unit, who named him Moose.

Hewitt kept track of Moose, hoping to be reunited with the dog after the war. But Moose was killed in June 1945 when he leaped on a hand grenade to protect his handler. The hand grenade was tossed toward Moose and his handler by one of the two Japanese soldiers they had discovered hiding in the grass.

Hewitt received a letter from the Central Pacific Base Command that explained how Moose died. The dog knew the hand grenade was a weapon and he jumped on it as it exploded. The dog saved his handler’s life, the letter said.

“Somewhere on the Pacific island of Okinawa where Moose died, there is a grave marked ‘Moose, U.S. Army K-9 Corps, Army Serial Number OX-79. Killed in action against the enemy June 20, 1945,’ ” Hewitt wrote in the newspaper article.

Nerwinski said he did not know that dogs served in the military during World War II to the degree that Moose had served.

When Nancy Bergen, the township’s superintendent of Recreation, read Hewitt’s article, she immediately advocated for naming the dog park Hero Dog Park to honor Hewitt and Moose, he said.

“It took about 30 seconds after Nancy explained why it should be named (for Hewitt and Moose) before I was in 100%,” Nerwinski said.