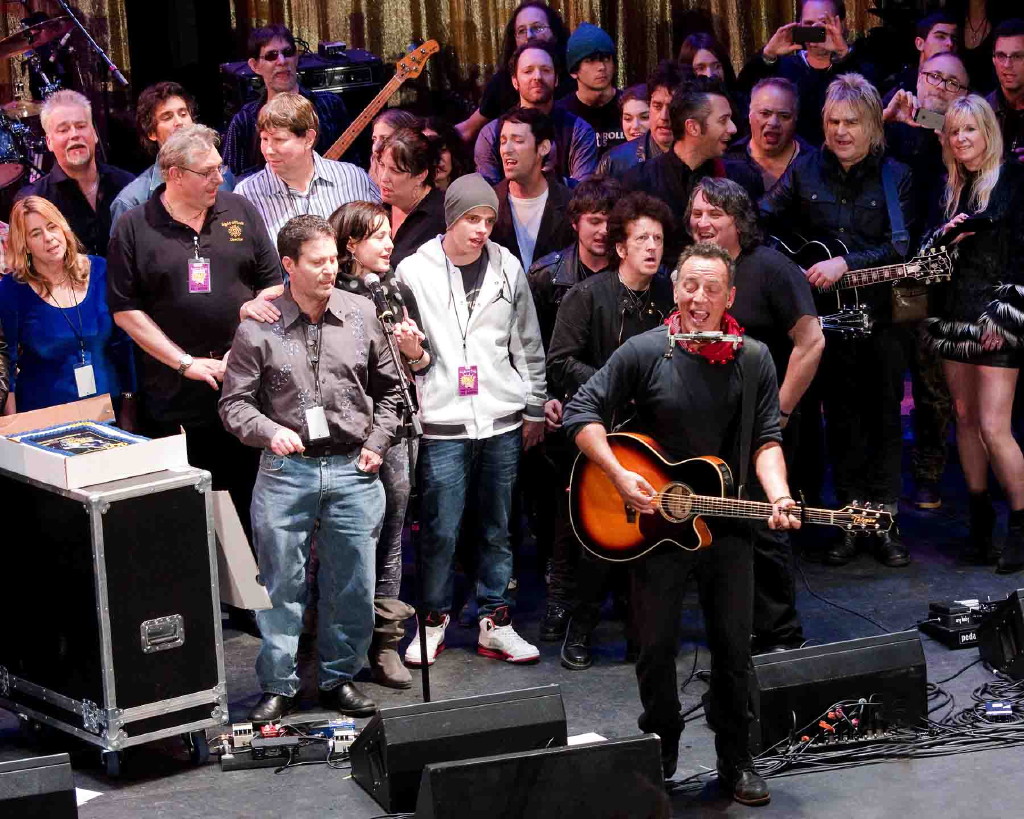 Light of Day Paramount Theater, Asbury Park, NJ Joe Gruscheky with Bruce Springsteen ©Debra L. Rothenberg/rothenbergphoto.com For use ONLY with stories about LIGHT OF DAY
×

Light of Day Paramount Theater, Asbury Park, NJ Joe Gruscheky with Bruce Springsteen ©Debra L. Rothenberg/rothenbergphoto.com For use ONLY with stories about LIGHT OF DAY

“Bob’s Birthday Bash” will take place on Jan. 14 at the Count Basie Center’s Hackensack Meridian Health Theatre in Red Bank, according to a press release.

Tickets for “Bob’s Birthday Bash” and all-access combo packages are on sale now and will be available via theBasie.org, the Basie Center box office at 99 Monmouth St., Red Bank, and through Ticketmaster.com

All-access tickets will guarantee a reserved seat for “Bob’s Birthday Bash” plus admittance to all other WinterFest Asbury Park 2022 events on a first-come, first-served basis, capacity permitted at each respective venue.

Events in Montclair, New York City and Rockland County are not included in any all-access package. Tickets can be purchased for all shows individually, including “Bob’s Birthday Bash.” For more details on lineups, performances and ticket packages, visit LightofDay.org

All performances and events will raise money and awareness for a continuing battle to defeat Parkinson’s disease and its related illnesses ALS (Amyotrophic Lateral Sclerosis) and PSP (Progressive Supranuclear Palsy), according to the press release.

“I am looking forward to Light of Day’s return to a vibrant Jersey scene,” said Bob Benjamin, founder of the Light of Day Foundation. “The shows will heat up the cold winter nights in Asbury Park, Red Bank, Montclair, Rockland County and New York City with hot live music. The January shows will be our 22nd year of fighting Parkinson’s with music and will also mark 22 years of celebrating my birthday with a concert.”

Over 22 years, Light of Day has raised approximately $6 million to combat Parkinson’s disease, ALS and PSP, according to the press release.

The critically acclaimed Pittsburgh-based band Joe Grushecky and the Houserockers (managed by Bob Benjamin) headlined the show, which featured a surprise appearance by Bruce Springsteen, who joined the Houserockers for a raucous, hour-long set, according to the press release.

Light of Day has grown from a one-day event into a multi-day festival in the metropolitan area. More significantly, Light of Day has expanded into an internationally recognized tour, through a true grassroots effort of musicians, music fans and benefactors.

Light of Day shows have taken place around the world on three continents, with shows in Canada, England, Wales, Ireland, Sweden, Belgium, Norway, Denmark, Italy, Switzerland, Germany, Spain and Australia. Portions of the proceeds from each show are donated to a local Parkinson’s organization, according to the press release.

“We are overjoyed that after the trials and tribulations of the last two years, we are able to once again use the awesome power of live music to raise money and awareness in our 22-year battle to defeat Parkinson’s, ALS and PSP in our lifetime.

“We are so very grateful for the support that the Light Of Day Foundation has received throughout the years and we hope to see you all, old and new, and yes, live and in person, at WinterFest,” Pallagrosi said.

“The determination Bob Benjamin and others have is a daily reminder to keep up the fight as one day we will get to where we want to be. Being able to be a small part in this battle, with music, is an honor as a musician and a long-time Light of Day member,” D’Urso said.

Gifts to the Light of Day Foundation Inc. are tax-deductible to the full extent of the Internal Revenue Service Code.

Light of Day – the concerts and the organization – grew from a birthday party and fundraiser that was held in 1998 at the Downtown Cafe in Red Bank to celebrate the 40th birthday of artist manager and music industry veteran Bob Benjamin, who was diagnosed with Parkinson’s disease in 1996, according to the press release.