Two veteran school board members and a newcomer were sworn into office at the Princeton Public Schools Board of Education’s reorganization meeting Jan. 4.

Bouldin also administered the oath of office to newcomer Mara Franceschi. She is filling the seat held by former school board member Dan Dart, who did not seek re-election.

The term is for three years.

The school board also welcomed Robert Christopher to sit on the board, representing the Cranbury Schools Board of Education. The Princeton and Cranbury school districts have a sending/receiving relationship, in which Cranbury high school students attend Princeton High School.

Behrend said she admired Kendal’s “laser focus” on students. Kendal has a “big heart” and is always willing to listen, she said.

Kendal thanked Behrend for her “heartfelt comments” and for leading the school board for the past three years. She said she appreciated the school board members’ trust and confidence in her.

Kendal described Tuck-Ponder as a person who has “the courage of her convictions and who sticks to them.”

The vote to name Tuck-Ponder as the school board vice president was unanimous.

Tuck-Ponder thanked the school board members for their vote of confidence in her, and said she is looking forward to working with Kendal.

Tuck-Ponder said she will “do my best” to fulfill the duties of school board vice president and continue to make the Princeton Public Schools one of the finest districts in New Jersey. 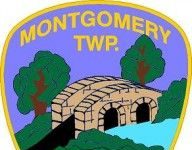