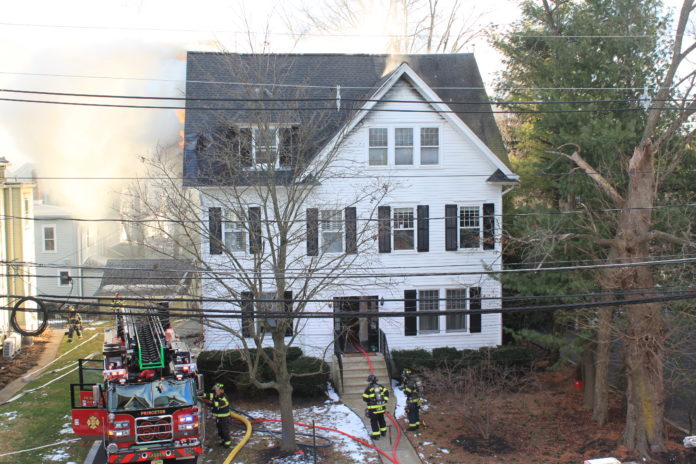 The cause of a fire on Jan. 10 at 37 Wiggins St. that left three families homeless has not been determined, according to Michael Yeh, the director of Emergency Services.

The fire started in a void on the third floor and spread to the attic, Yeh said. Fire investigators have not been able to find the cause of the fire and classified it as
“undetermined,” he said, as of press time on Jan. 25.

A red sticker declaring the building to be uninhabitable was placed near the front door of the house by the Princeton Building and Construction Department.

Several windows in the third-floor condominium have been boarded up, and a hole in the roof where flames broke through has been covered up.

The fire reached two-alarm status because of the need for more firefighters.