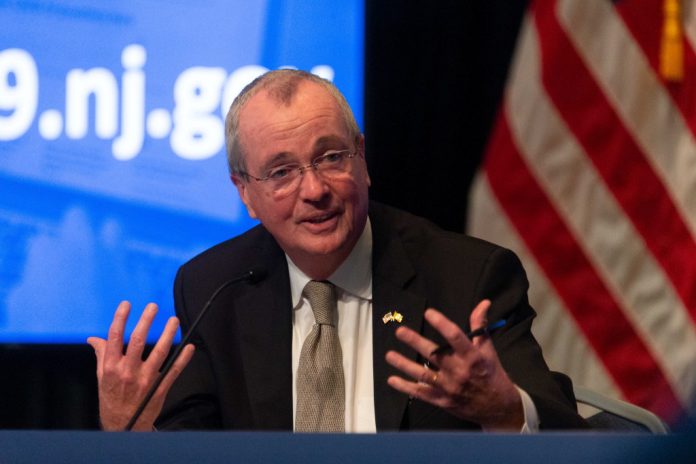 If enacted into law, the bill would require all law enforcement officers to hold valid, active licenses issued by the Police Training Commission (PTC) in order to be employed as officers in New Jersey, according to a May 18 press release from Murphy’s office.

In June 2020, the PTC, which establishes statewide law enforcement standards, voted unanimously to create a statewide police licensing program, recognizing that more than 40 states across the country use a form of decertification or licensing for law enforcement officers, according to the press release.

To better protect the health, safety and welfare of all citizens, the legislation would grant the PTC the ability to take actions against the licenses of officers who act outside the professional standards or engage in illegal or improper conduct, according to the press release.

“I am honored to announce we will be joining the overwhelming number of states who have established a police licensing program as a requirement for all law enforcement officers,” Murphy said. “These licenses should be held with honor as they show that these officers have been through rigorous training and have upheld what it means to be a law enforcement officer to the highest professional standards.”

“The statewide licensure of our law enforcement officers is a crucial next step in strengthening community-police relationships,” Platkin said. “This proposed legislation consolidates best practices from around the country to create a true national model; a licensing program that will ensure the continued excellence of our dedicated law enforcement professionals.”

Under the proposed bill, the PTC would establish the licensure process and qualification standards for officers and applicants, including: passing a psychological examination; maintaining post-academy ongoing professional training requirements set by the PTC, and not engaging in conduct including social media posts or being an active member of a group that advocates for the violent overthrow of the government or for discrimination based on classes protected by the Law Against Discrimination (LAD), according to the press release.

The bill would make law enforcement licenses subject to renewal three years after issuance. Furthermore, the PTC would be authorized to suspend, revoke, place conditions upon, or deny licenses, after a hearing. Governor-appointed public members would be expanded from two to four members of the PTC.

For instance, an employing unit must contact the PTC when an officer loses their license due to conviction of a crime, conviction of domestic violence, or conviction of offense for losing a firearm. Combined, these provisions would establish a mechanism for law enforcement agencies to make thorough and effective hiring decisions, according to the press release.

“This licensing program will provide transparency to the communities we serve and will hold our officers accountable in order to maintain a high professional standard and provide the due process they deserve. When our badges are tarnished by bad actors in our profession, it makes us all look bad,” Colligan said.