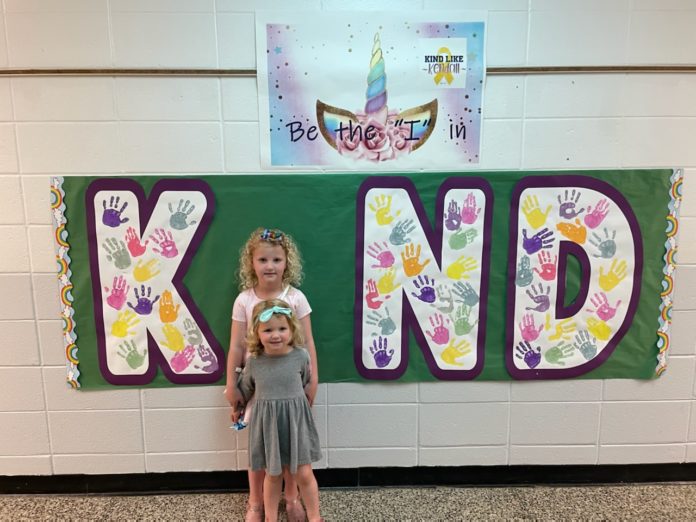 SAYREVILLE – Through the contributions of the Sayreville School District and the Sayreville community, over $3,220 has been raised to help children battling brain and spinal cord tumors.

The $3,220 was donated to Liv Like a Unicorn, a foundation that helps provide funding for pediatric brain and spinal cord tumors research. Over $1,700 was raised during a family bingo night event held at the Harry S. Truman School on May 24 and additional money was provided by staff members throughout the school district.

The district’s fundraiser was dedicated to Kendall Bresocnik, who was diagnosed with brain cancer in 2020 and passed away a month later at the age of 7. Kendall’s mother, Kerri-Ann Bresocnik, is a first grade teacher at the Truman school and has been a teacher in Sayreville for over 20 years.

“I realized the alarming increase in pediatric brain cancer diagnoses and a lack of substantial funding for research to help these children,” Bresocnik said. “That’s where a foundation like Liv Like a Unicorn can make a difference.”

The theme of the fundraiser was “Kind Like Kendall.” At the bingo event, children could be photographed to fill in for the “I” in a “KIND” banner, go through a path with kind messages and learn about “The Pledge of Kindness.”

All prizes and refreshments at the bingo event were provided through donations.

“As the student outreach coordinator, it is my mission to inspire kids to be ‘Kind Like Kendal’,” Bresocnik said. “It gives me a chance to tell Kendall’s story and keep her memory alive. In turn, it also helps to raise awareness and funds to help other children and their families who are dealing with this devastating diagnosis. I want to show kids that they can make a difference.”

Along with the bingo event, teachers had students create bulletin boards about what it means to live like a unicorn by spreading magic and kindness every day, district staff were granted permission by Superintendent of Schools Richard Labbe to have a “Dollars for Denim/Wear Gray” day to raise awareness and funds, and Kendall’s classmates at the pre-kindergarten Garden Friends hosted a “go gray” day with a lemonade stand for further fundraising and awareness.

Additionally, a 5K event was held that raised $50,000 for the Children’s Hospital of Philadelphia.

“It’s wonderful to have so many people care so much to make a difference in the lives of kids battling brain and spinal cord tumors,” Bresocnik said. “It’s also heartwarming for our family to know that Kendall’s memory is being honored.”