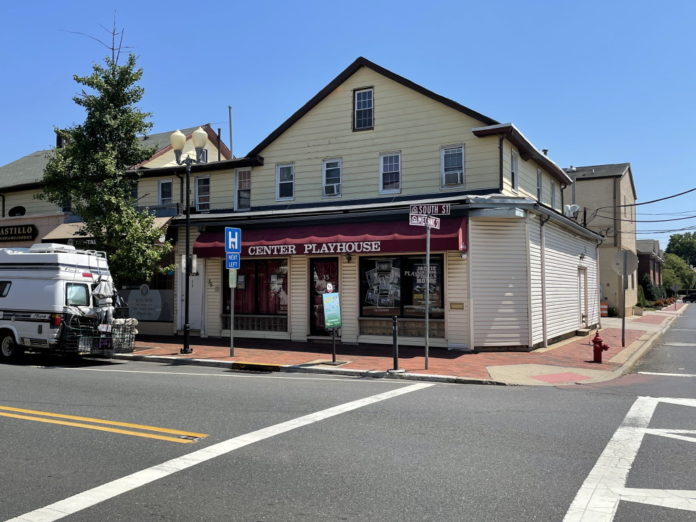 FREEHOLD – A building in Freehold Borough that has been the home of Center Players for more than 20 years is expected to have a new use and has prompted the local theater troupe to begin a search for a new home at which its productions will come to life.

Center Players stage their productions at the Center Playhouse, 35 South St. The organization’s president, Sheldon Fallon, said new owners purchased the building earlier this year and plan to use the space as a grocery store.

Fallon said the building’s new owners were unaware Center Players had two years left on a lease, but indicated they would not renew the lease when it is scheduled to expire in early 2024.

According to Fallon, Center Players began in 1996 with the intent to provide quality theater to the community at affordable prices. Center Players performed at various venues before moving into the building on South Street in 2001.

“Center Players has presented a wide variety of plays and small musicals that showcased a very diverse group of actors, directors and audience members,” Fallon said. “We have provided free tickets to under-served community members and have performed at borough elementary schools, exposing many students to quality theater for the first time. We bring theater-goers into the borough to patronize stores and restaurants.”

Fallon said Center Players needs a 2,000- to 3,000-square-foot space that can be customized into a theater at a location near Freehold Borough.

“The space can be a stand-alone building, it can be in a strip mall or even in the Freehold Raceway Mall. It will preferably be donated space or at a reasonably low rent since we are a nonprofit organization,” he said.

According to Fallon, several locations have already been viewed, but those locations have been rejected as being not viable or too expensive to rent.

“We have approached Freehold Borough and Freehold Township seeking a donated permanent space, just as dozens of municipalities around the state have done, but they have been unable to help,” he said.

A statement regarding the theater troupe’s search for a new location has been posted on its website (centerplayers.org). Individuals may assist the organization by calling 732-462-9093 or by sending an email to info1@centerplayers.org

The message states that if a new location cannot be located, Center Players will conclude its long, successful run in the community.

“Center Players presents high-quality theater and has won many awards from the New Jersey Association of Community Theater. Our reputation as a theater with high standards is well known and we have been honored to have playwrights from New York and from as far away as California premiere their plays on our stage. Any local municipality would benefit from having a first class performing arts theater in western Monmouth County,” Fallon said.