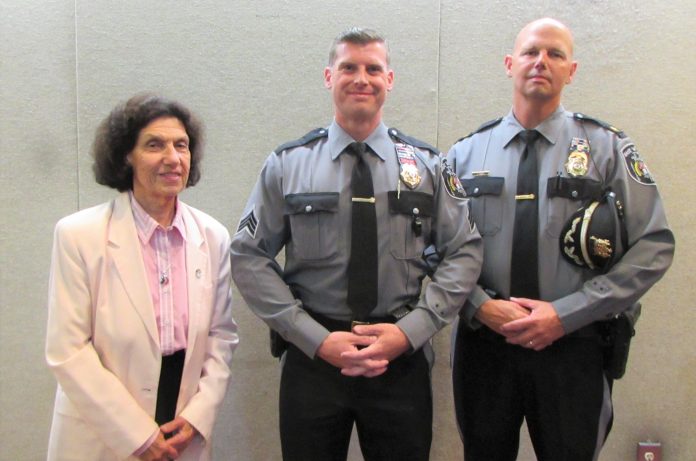 A veteran police officer has moved up the ranks within the East Windsor Township Police Department.

East Windsor police officers lined the walls as Officer Tory McWhorter was sworn as a police sergeant by Mayor Janice Mironov at his swearing-in ceremony in September.

“This is exciting for East Windsor Township and our police department, and especially for Sgt. McWhorter,” Mironov said.

McWhorter is an “experienced and accomplished police officer who worked hard to earn the promotion to sergeant,” she said. She congratulated him on “this professional recognition and his continued service to our township.”

McWhorter was hired as a patrol officer in 2005. He has served as a field training officer for new police officers and as the primary and secondary officer-in-charge. He also served as a detective in the department’s Investigative Services, Mironov said.

He serves as a departmental firearms instructor and a part-time instructor at the Mercer County Police Academy.

McWhorter was named Officer of the Year in 2010 and has received a Samaritan Award, two Unit Citation medals and two Life-Saving medals.

He earned a bachelor’s and master’s degrees in the administration of justice from Salve Regina University.