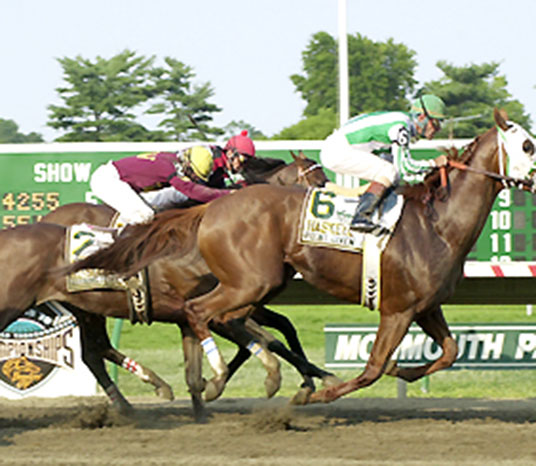 Wrestlers at Long Branch High School will soon get their chance to separate themselves from the rest of pack at the Shore Conference Tournament (SCT). This year, the battle for supremacy will be a dogfight.

Long Branch, seeded fifth in the SCT, has once again solidified itself as a team to beat in the conference, going 11-1 through Jan. 24. The Green Wave’s senior class has led the way, especially in the upper weight classes. Joey Jasio is 16-1 on the season at 220 pounds, matching Lamont Reid’s record at 170 pounds. T.J. Conlon (132 pounds), Danny Mullan (145) and Mike Shohet (152) have also reached double-digit wins.

“We’ve got great team chemistry. It starts with the seniors. We have a really good group of seniors that enjoy being leaders,” Long Branch head coach Dan George said. “It’s not only having really good seniors, but being great leaders.”

The senior grapplers will be a crucial asset for Long Branch in the SCT and the rest of the postseason.

“We’re working hard and getting ready for that second half of the season,” George said.

The Green Wave has a winning corps of underclassmen, too. Freshman Ray Guzman (106) is 14-6, and sophomores Chris Dean (113) and Pete Wersinger (182) each have 12 wins. In a meeting with Ocean Township High School Jan. 20, Guzman scored a critical takedown in his bout to put the Green Wave over the edge in a 34-30 victory.

George, with an eye on the future, is seeing a lot of progress from his younger wrestlers.

“It’s where we want to be,” he said. “Even with our seniors, that’s not enough to win matches. Our young guys are giving us depth. They’re starting to beat people now. They have more experience.”

The SCT has more than a few contenders for the title this year. Teams were jockeying for position in the SCT seedings, and the tournament is seen as a tough one to call.

Christian Brothers Academy (9-3) was awarded the first seed in the SCT, while Howell High School (14-3) and undefeated Wall High School (13-0) are in the No. 2 and No. 3 slots, respectively. Jackson Memorial High School (11-2) received the fourth seed.

Long Branch’s first meet will come against 12th-seeded Colts Neck High School at Jackson Memorial Jan. 28. The Green Wave slipped past the Cougars (11-3), 33-27, in the division match earlier this year.

Ocean Township (5-8), the No. 11 seed, had a bunch of tight contests this season. It lost two matches on criteria after ties, not to mention the nail-biter against Long Branch. Ocean Township is matched up with No. 6 Middletown High School North at Wall to start the SCT.

Sophomore Jake Benner has stood out on the mats, amassing a 17-0 record at 132 pounds. Seniors T.J. Saldutti (182), Tyler Thompson (195) and heavyweight Brian Olesen have combined for 37 wins.

St. John Vianney High School (9-4) recently fell to Wall, 42-27, but the 16th-seeded Lancers posted key wins against Freehold Township High School and Holmdel High School. The Lancers are scheduled to wrestle No. 17-seed Lacey Township High School in their preliminary-round meet at CBA Jan. 28. The winner gets the top-seeded Colts in the round of 16.

The first three rounds of the SCT will be held Jan. 28. As the top four seeds, CBA, Howell, Wall and Jackson Memorial will be the hosts. Winners will move on to the semifinals and championship Jan. 30 at Red Bank Regional High School.