Miss Manners, Dear Abby and my favorite cousin are all going to be appalled, but I am going to say this anyway – thank you cards are a pain in the behind.

I don’t mind an occasional “thank you” where a gal pens one nice note and then places it in an envelope and sends it off. It’s when one has to write a bajillion of them that it puts a strain on my brain.

Ironically, the times one has to write them in bulk is around or about the same time that life-changing events are occurring along with an abundance of things to do.

Wedding thank yous aren’t so bad, as you can have your beloved spouse join you in the penciling of your gratitude amidst your wedding bliss. We sort of floated right through that one.

It was the birth of Vernon, our eldest son, that really threw me for a loop. It was hard to express how happy I was for the beautiful burp cloths when he was throwing up. It was difficult to convey how grateful we were for the crib set when he refused to sleep more than 20 minutes at a time.

Finding the time to write the warm feelings I had for the nice couple who purchased diapers also posed a problem when it seemed that changing them was all I was getting done.

But I did it! I got those suckers done each and every time, and although they never met Miss Manners’ time frame, the baby shower thank yous were always sent out before our sons graduated from high school, or thereabout.

As difficult as it seems to write thank you cards in bulk, it pales in comparison to getting your child to do it.

Oh, sure, they have written their fair share of thank yous throughout the years.  But a single card seems like a pebble at the base of a mountain when the time comes to write the cards following their graduation celebration.

Vernon was the worst. I let him have a couple of days to rest before I plunked a large box of thank you cards down on his lap.

“Vernon,” I said as I tried to shake him out of his graduated slumber. “It’s time to get these done.”

“Can’t you do it for me?” he asked with all the independence his 18 years would allow.

“But why?” he whined as he rolled over and placed an arm over his head.

“Because I refuse to write, ‘Thank you for giving our son a gift, he really appreciated it and will inscribe his own card of appreciation as soon as he grows up.’ ”

With that he rubbed his eyes and said, “That sounds good to me.”

It wasn’t until I told him he could not use a gift or deposit a dime of the cash until the cards had been written that Vernon bolted out of the recliner and made a beeline to the kitchen table.

Vernon worked long and hard and appeared to be taking time with each and every card. With the kitchen light shining bright above his head, Vernon burned the midnight oil.

My sense of relief for their completion was short-lived as I soon found out that Vernon had thanked folks for cash when they gave him a laundry basket, expressed warm gratitude for a camping chair to a good friend who gave him an emergency car kit, and even went so far as to send a thank you to a friend who still had his gift sitting on her kitchen counter.

If memory serves, and I seriously doubt it does, our Huey and Lawrence finished their thank you cards without much trouble and I patted myself on the back for good parenting one child too soon.

Although our Charlie has been an absolute dream of a teenager, I have been like white on rice with him for the last two weeks.

“How are the thank yous coming?” “How many cards did you write today?” “Did you get your thank yous done? How about now?“

“How about you write them for me?” he suggested just yesterday.

I’m loathe to admit it, but somehow that almost seems easier. 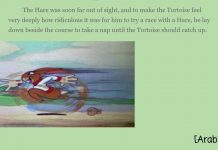 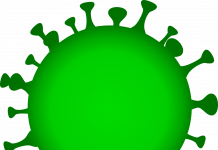 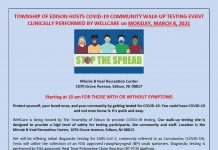