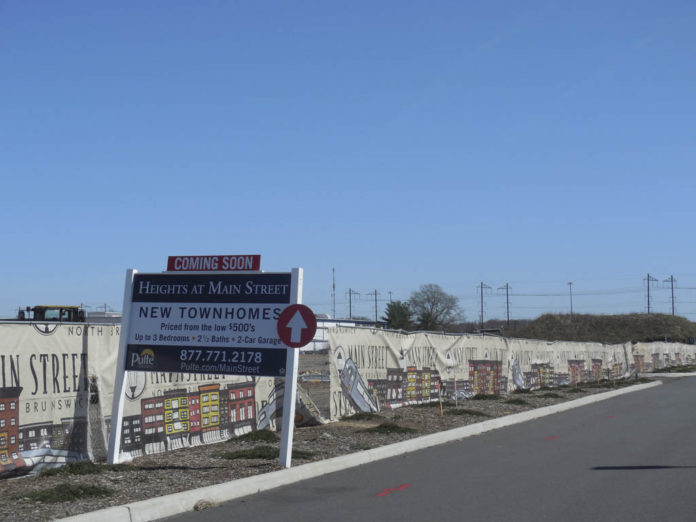 NORTH BRUNSWICK – The Township Planning Board adopted a resolution for an amended affordable housing element that will now go before the Township Council for review.

During a special meeting on June 21, the township Planner Thomas Vigna discussed the housing element and fair share plan of the township’s Master Plan that was  dated June 6 based on discussions that began last December.

“The township has a long history of providing affordable housing and that history has stood the test and helped the township fare very well,” he said.

Originally, 1,161 planned units were negotiated down to 700 affordable housing units, thus requiring the amendment to the housing element, according to Vigna.

There are 286 units carried forward from the Governor’s Pointe and North Brunswick Housing Corp. projects, he said.

There is a remaining obligation through Community Investment Services, which took over Oakleaf Village; of the 185-unit apartment complex, 60 will be low income, 116 will be moderate income and nine will be for homeless housing.

In addition, the current zoning ordinance requires 229 affordable units at the MainStreetNB transit village project on Route 1; a settlement agreement with North Brunswick TOD Associates agrees to maintain the 229 units.

The agreement will also allow 100 additional units to be built prior to the construction of a train station on the property. Therefore, though 300 total units were initially approved, there will now be a total of 400 prior to the train station.

Of the 51 affordable units required at the onset, five will be very low, 29 will be low and 17 will be moderate, he said. Vigna said that those 51 units meet the township’s affordable housing obligation through 2025; the remaining units will carry forward to future obligations.

Furthermore, Kaplan Companies is entitled to build a market-priced age-restricted development on Route 130 south based on a prior agreement. Of the 270 total units allowed as a maximum density of 18 units per acre on the 18-acre lot, 10 percent must be low and moderate income housing. Vigna said the Master Plan proposes that the builders move forward within four years of the settlement date or they will lose the right to build an age-restricted community.

The Planning Board unanimously adopted the changes on June 21, sending a resolution to the council to review regarding the Master Plan and the possible implementation of the appropriate ordinances, Vigna said.

The township will also appear again in Superior Court on July 28 to possibly settle the fair share components with North Brunswick TOD Associations and the Kaplan Companies.