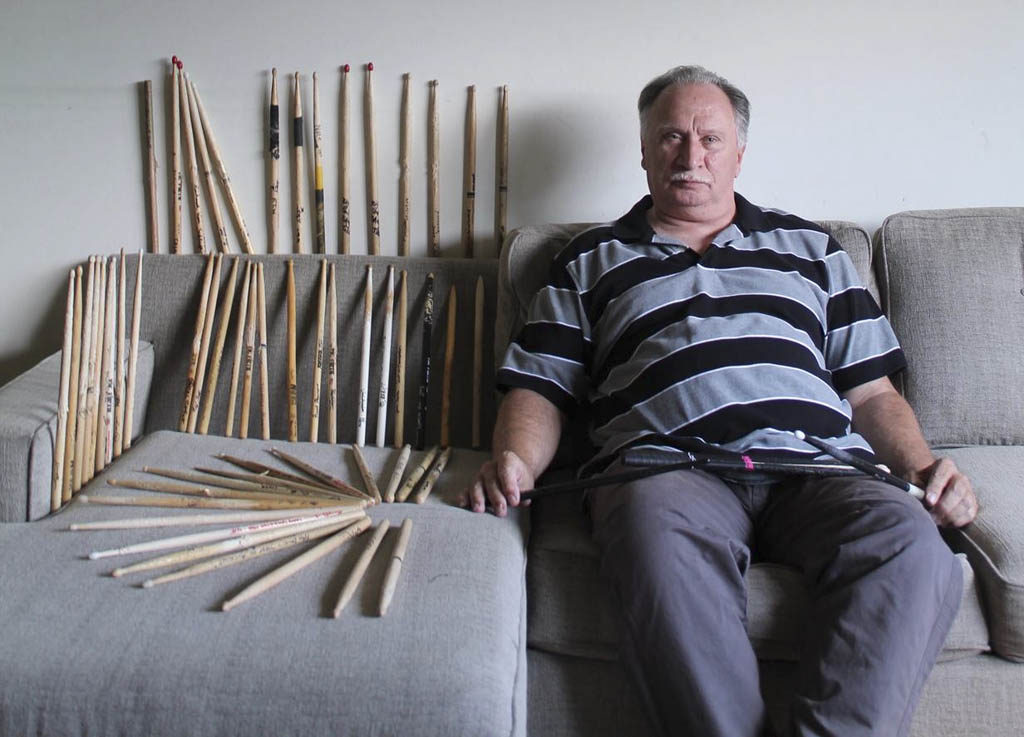 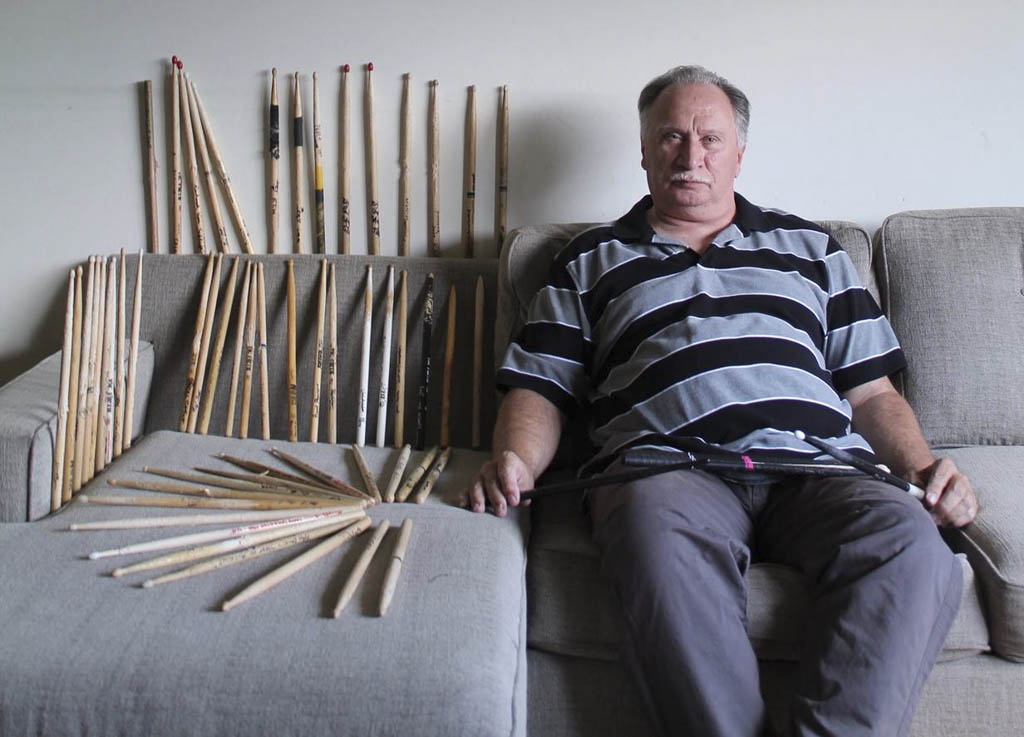 OLD BRIDGE — In 1977, David Iozzia caught his first set of drumsticks during a rock concert at the Capitol Theater in Passaic. BeBop Deluxe was the headlining band that night along with two other bands, Styx and The Dictators.

“The drummer from BeBop Deluxe, Simon Fox, tossed a cracked drumstick into the crowd and I caught it,” said Iozzia, 57. “Back in the 1970s and ’80s, it was very common for drummers to throw their broken drumsticks into the crowd at the end of the show.”

Between 1977 and 2000, Iozzia only had a small collection of drumsticks. He never gave the idea of increasing his collection much thought until he attended a Psychedelic Furs concert in Atlantic City. He spotted a broken drumstick on the stage that was used by the drummer, Frank Ferrer. Iozzia motioned to the guitarist, Richard Fortus, that he was going to come on stage to grab the broken drumstick, but was warned not to.

“Fortus then proceeded to kick the drumstick about 20 feet through the air and it landed right into my hand,” Iozzia said.

As Iozzia drove home from the concert, he brainstormed the idea of utilizing the Internet and social media as a way to connect with other drummers and bands. Iozzia would let them know he would be in attendance at their concerts and would ask them to hand sign a drumstick that had been used during the concert.

“For the most part, I was welcomed into the drumming community with open arms,” Iozzia said. “Some of the bands who weren’t on tour even sent me their drumsticks.”

When Iozzia’s collection increased from 10 to 700 drumsticks, he was contacted via email by James Kottak, a drummer for The Scorpions. Kottak informed Iozzia that a private collection of 1,300 drumsticks was on loan and being displayed at the Rock and Roll Hall of Fame in Cleveland. While Kottak’s drumsticks were not part of that collection, he challenged Iozzia to grow his collection with bigger names than the ones that were already on display.

“I accepted and met Kottak’s challenge and I’m still at it,” Iozzia said.

Iozzia’s total number of autographed drumsticks is now at 2,000, and he plans on submitting an application to the Guinness Book of World Records.

“The application takes about 60 days to process,” Iozzia said. “I will submit my application once I’m able to name the 2,000th drumstick and will include a detailed list of my collection.”

His website also includes a documented list of drumsticks he has collected from drummers from a number of bands and musicians like Blondie, Styx and David Bowie.

Even though Iozzia has collected enough drumsticks to break a record, he continues to attend almost 100 concerts a year in New York City, Philadelphia and parts of New Jersey.

“Throughout this process, I’ve made many lifelong friends in the rock music community through both my collection and the passion that I have for music,” he said.