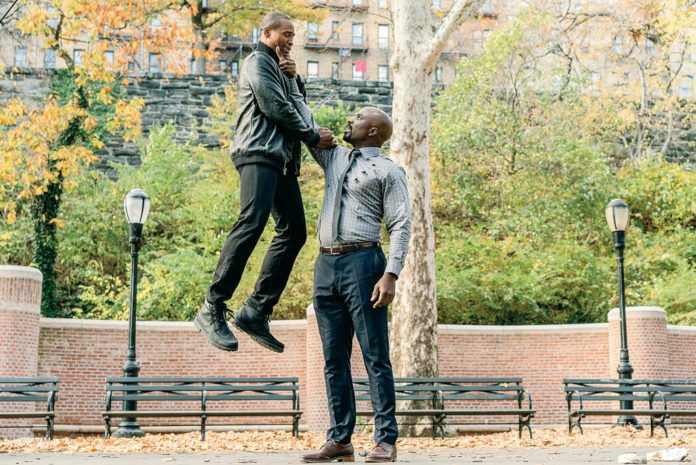 Cheers to Netflix
for not fearing the fall.
With so many new shows hitting the air at the same time, it can be tough to stand out. Although from what we’ve seen of Mike Colter in Luke Cage, it’s clear that the streaming service’s badass Jessica Jones spinoff is up to the challenge.

Jeers to Latecomers
None of The CW’s shows are back until October, which is also when we’ll finally see new episodes of The Walking Dead (with Jeffrey Dean Morgan’s Negan) Fox’s Rocky Horror Picture Show and several of the ABC and CBS comedies. By then, it’ll already be Christmas in the
stores.

Jeers to The Real Housewives of New York
for ending just when things were heating up. For some reason, we’re thinking that three-part reunion barely cat-scratched the surface of Season 8’s rivalry between the Countess  and Bethenny.

Cheers to Early Starters
The series premieres of Son of Zorn, Queen Sugar and Donald Glover’s Atlanta, as well as the returns of American Horror Story and Masters of Sex (with Lizzy Caplan) all aired in early September. Now, who do we talk to about those back-to-school ads that drop in July?