The Monmouth County Park System will welcome visitors of all ages to its facilities with a series of events on Earth Day, April 22. The nation’s annual celebration of the environment is nearing its 50th anniversary, having made its debut on April 22, 1970.

From animal shows to nature walks, the park system is honoring Earth Day with activities being offered throughout the county from 11 a.m. to 5 p.m. April 22.

Here’s what is planned:

• Bayshore Waterfront Park Activity Center, Port Monmouth, Middletown: Celebrate the shore and discover cool coastal animals and artifacts such as whales, sea turtles, fish, crabs and even tiny plankton during an interactive touch and tell program. Tours will be given of the historic Seabrook-Wilson House, which dates back to the early 1700s.

• Deep Cut Gardens, Middletown: Beautiful flowers are back in bloom. Discover the park’s floral beauty, hidden places and native plants. Find out how to become an earth-friendly gardener.

• Huber Woods Environmental Center, Middletown: See snakes and reptiles during a family oriented show that gives visitors the chance to watch live and exciting animals and nature artifacts found in the state. There will be freshwater pond creatures on view and an opportunity to see child-friendly interactive exhibits inside the environmental center.

• Manasquan Reservoir Environmental Center, Howell: Explore the woods and wetlands of the Manasquan Reservoir. The day will include nature walks, live reptile and amphibian presentations, children’s crafts and more. Activity times: animal presentations at 11:30 a.m., 1 p.m. and 3:30 p.m.; nature walks at noon, 2 p.m. and 4 p.m.; and crafts all day.

Admission and parking for all activities at the park system facilities is free. For more information, visit www.MonmouthCountyParks.com or call 732-842-4000.

• In Millstone Township, the community will hold its 11th annual town-wide stream cleanup from 9 a.m. to noon. All are welcome to attend. Wear long pants and boots. Details: www.thewatershed.org/advocacy/stream-clean-ups

According to the Earth Day Network website, “The idea for a national day to focus on the environment came to Earth Day founder Gaylord Nelson, then a U.S. Senator from Wisconsin, after witnessing the ravages of the 1969 massive oil spill in Santa Barbara, Calif. Inspired by the student anti-war movement, he realized that if he could infuse that energy with an emerging public consciousness about air and water pollution, it would force environmental protection onto the national political agenda.”

The website states that, “Nelson announced the idea for a ‘national teach-in on the environment’ to the national media; persuaded Pete McCloskey, a conservation-minded Republican congressman, to serve as his co-chair; and recruited Denis Hayes from Harvard as national coordinator. Hayes built a national staff of 85 to promote events across the land. April 22, falling between spring break and final exams, was selected as the date.

“On April 22, 1970, 20 million Americans took to the streets, parks and auditoriums to demonstrate for a healthy, sustainable environment in massive coast-to-coast rallies. Thousands of colleges and universities organized protests against the deterioration of the environment.

“Groups that had been fighting against oil spills, polluting factories and power plants, raw sewage, toxic dumps, pesticides, freeways, the loss of wilderness and the extinction of wildlife suddenly realized they shared common values.

“By the end of that year, the first Earth Day had led to the creation of the U.S. Environmental Protection Agency and the passage of the clean air, clean water and endangered species acts,” according to the website. 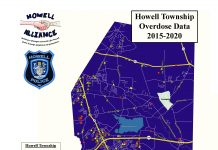