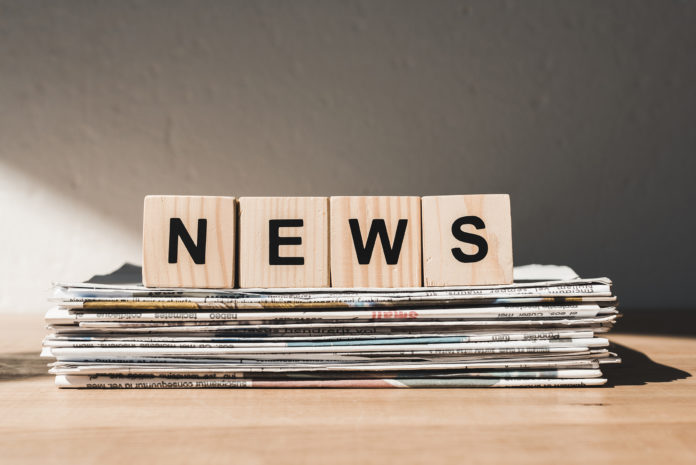 The Assembly Judiciary Committee on Jan. 19 cleared a bill sponsored by Assemblywoman Vicky Flynn (R-Monmouth) that would, if eventually signed into law, increase penalties for anyone who assaults youth sports officials, participants and players.

In June, a 72-year-old umpire was attacked by a coach during a youth baseball game in Branchburg and sustained a broken jaw and a concussion. High school coaches have reported being verbally harassed by parents and there are increasing incidents of brawls occurring in the stands during games, according to a press release from the Assembly Republicans.

Under the bill, a person committing a simple assault against a sports official, participant, player or coach at a school-sponsored or community-sponsored youth event faces a possible prison term of 18 months and a fine up to $10,000.

The measure also upgrades an aggravated assault at a youth sporting event to a third degree crime, which carries a prison sentence of five to 10 years and a fine up to $15,000, according to the press release.

A Freehold Township man was sentenced to a total of eight years in state prison in connection with the 2017 possession and distribution of child sexual abuse materials, Monmouth County Prosecutor Raymond S. Santiago announced on Jan. 18.

On Jan. 13, before Superior Court Judge Jill G. O’Malley, sitting in Freehold, James Simmons, 74, of Freehold Township, was sentenced to four years in state prison on a third degree endangering the welfare of a child, possession of child sexual abuse materials charge, according to a press release from the Monmouth County Prosecutor’s Office.

Simmons also received eight years on a second degree endangering the welfare of a child, distribution of child sexual abuse materials charge. These two sentences will run concurrently. Upon release, Simmons faces mandatory Megan’s Law registration and parole supervision for life, according to the press release.

A July 2017 investigation conducted by the Monmouth County Prosecutor’s Office,
with the N.J. Internet Crimes Against Children Task Force and the Freehold Township Police Department revealed Simmons was found to be in a possession of a USB thumb drive with more than 100 videos depicting the sexual abuse of a child, along with peer-to-peer file sharing programs from equipment located at his residence on
Harding Road in Freehold Township, according to the press release.

The Ms. New Jersey Senior America Pageant 2023 is seeking ladies 60 and over to participate in the annual event, which will be held at Harrah’s Resort Hotel and Casino, Atlantic City, on June 1 at 1 p.m.

There are four judging categories: Philosophy of Life; Evening Gown; Talent Presentation; and Private Judges’ Interview. Contestants must be U.S. citizens. The winner will receive cash prizes, a bouquet of roses and an all-expenses paid trip to participate in the national pageant for the title of Ms. Senior America 2023, according to a press release.

Every participant becomes a member of the New Jersey Cameo Club, a subsidiary of the pageant. The club travels throughout the state with its reigning queen and performs in various venues. Member share their vitality and love of life with all they meet and ignite others to a greater desire for life, according to the press release.

The Monmouth County Park System is seeking entries into its Creative Arts Festival. This juried art show and sale is open to artists and fine crafters of every medium.

Those interested in entering are invited to submit images for consideration. The application fee is $15 per person. Rules and entry form are available at www.MonmouthCountyParks.com, according to a press release.

Accepted artists will have a 10-foot x 10-foot booth space to display and sell their original work for a fee. Indoor and outdoor spaces are available. The entry deadline is March 10.

The Creative Arts Festival will be held from 10 a.m. to 4 p.m. May 13 at Thompson Park, Lincroft. The festival will feature fine art and craft vendors, live music, creative activities and food vendors.

Thompson Park is home to the park system’s Creative Arts Center, which hosts fine arts and craft classes throughout the year, including ceramics, pottery, jewelry and painting.

Vegetable, annual, perennial and native seeds are welcome (no invasive species).
Place your seeds in a sealed envelope or bag, labeled with the plant name, year collected and where it was bought or collected from. A minimum of five seeds is required per item, according to a press release.

Throughout January, deliver seed submissions to the Huber Woods Environmental Center, Brown’s Dock Road, Middletown. Dropping off prior to Swap Day is strongly recommended, but not required. Those dropping off seed will receive a ticket to bring on Swap Day.

Each person knows an individual who gives back to the community by creating positive change. The Russ Berrie Making a Difference Award has been recognizing those changemakers for almost 30 years.

Nominations are now open for the 2023 awards through Feb. 10. Established by the late Russell Berrie and hosted by Ramapo College of New Jersey, the awards honor New Jersey residents whose outstanding community service and heroic acts have made a substantial impact on the lives of others, according to a press release.

With more than 400 honorees since the inception of the Russ Berrie Making a Difference Award in 1997, more than $3.9 million in cash awards have been presented to recognize the personal sacrifices and commitments the selected individuals have made to serve others, according to the press release.

Their work is improving people’s lives and making communities stronger. The nominees include community leaders, affinity groups, ethnic and religious organizations, nonprofit leaders, volunteers, among many others in such areas as community service, volunteerism, social justice, community life, environmental issues and a range of advocacy topics.

Ten outstanding changemakers will be honored at the 27th Anniversary Award Ceremony on May 5. There will be one top award of $50,000; two $25,000 awards; and up to seven $7,500 awards. Nominations can be submitted through Feb. 10 at www.BerrieAwardNJ.org.

Adult use of marijuana is now legal in New Jersey and employers are required to address this issue from a workplace perspective. New Jersey business leaders who are interested in maintaining a safe, healthy and drug-free workplace are invited to participate in the Partnership for a Drug-Free New Jersey’s (PDFNJ) free webinar, “The Challenges of Addressing Marijuana and Measuring Impairment in the New Jersey Workplace,” at 11 a.m. Feb. 9.

The webinar, hosted by PDFNJ’s workplace prevention program, Drugs Don’t Work in NJ, will examine the legal and legislative developments regarding the use of marijuana in New Jersey, measuring impairment, drug testing and how to revise drug-free workplace policy and procedures, according to a press release.

“The winning photo of the Monmouth County Travel Guide Cover Photo Contest will be featured on the cover of the guide that is requested worldwide. Additionally, it will be showcased in future marketing efforts with the photographer’s spotlight placed in the official travel guide. The runners-up will have their photos published in the guide,” Commissioner Director Thomas A. Arnone said. “We can’t wait to see all of the amazing photos of our county.”

For the contest, photo orientation preference is vertical; if horizontal, the image must be at least 3,000 pixels tall; photo should not exceed 10 MB; photo must be submitted in JPG format; photo must not have any watermarks.

“We invite everyone to grab a camera and capture a photo that shows how Monmouth County is one of the best tourism destinations in the world,” Arnone said. “Everyone who would like to help select the winning photo, make sure to visit the Monmouth County Tourism social media pages on Instagram, Facebook and Twitter to vote for your favorite.”

Individuals submitting a photo must be 18 years of age or older and those under 18 will need parental consent; multiple entries are encouraged; photos must be submitted via the website submission form and include all required contact information; photos must be taken in Monmouth County; Monmouth County Tourism will select the finalists; the runners-up will receive placement in the travel guide with photo credit; the contest will be open until Feb. 1. To learn more, go to tourism.visitmonmouth.com or contact tourism@visitmonmouth.com.