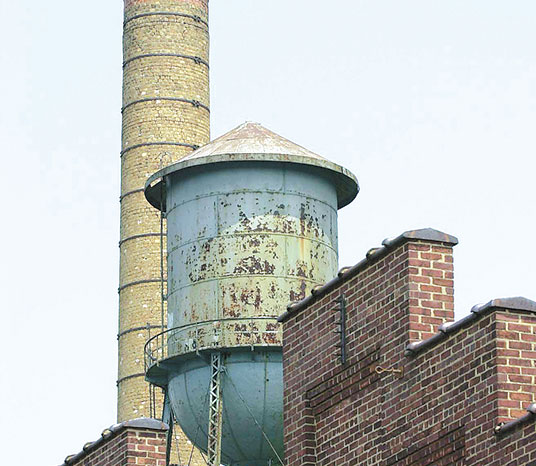 MILLTOWN — Initial steps are being taken for the borough to ultimately acquire the post office property on Washington Avenue.

Requests for proposals from firms that do appraisals are in the works, which Borough Engineer Michael McClelland said is primarily the first phase of an acquisition.

The borough currently has a grant from the state New Jersey Department of Environmental Protection’s Green Acres Program in the amount of $300,000 for purchasing/acquiring the post office land. Middlesex County Open Space Trust Funds would supplement the rest, McClelland said. The post office currently owns the property and would essentially move to a smaller site in the borough.

“This has been done throughout the county where you need matching funds from Green Acres, whether it is 75 percent or 50 percent, and the county would combine their funds,” said McClelland, who added that in the end, the borough would essentially own the property. “It’s something to be discussed in the future so it’s good news for Milltown.”

During a council meeting on April 17, Councilman Richard Revolinsky shared his concerns of the value of the post office building since it lies in a floodplain and is an older building.

He asked officials about whether or not demolition fees would be included in the purchase, and if they could move forward with the grant money without any obligation to buy the building if it turns out to not be an economically viable purchase for the borough.

Borough Attorney Thomas Buck said Milltown does not have to make any expenditures.

“The county would not negotiate with the borough until the borough has certain funding in place,” he said.

McClelland said officials would not make an offer more than the funds that the borough has.

“Right now, it’s a little too early to tell how and when demolition would happen,” he said. “The discussion today is the Green Acres grant funds.”

McClelland said the county would come up with a disposition on demolition, which would be part of the discussion.

Buck said the federal government has very specific rules on the building.

“The only way we can back out of the deal, once we sign a contract when we agree to a number, is if there is an environmental problem and that’s it,” he said. “There’s no other way to get out of it so that’s why financing has to be in place.”

Mayor Eric Steeber said since there are already Green Acres funds earmarked to the borough to purchase the post office property, the council is petitioning the county to get involved to help them acquire Open Space funds.

Steeber said a long time ago the borough would not spend any money on the acquisition of the property.

The mayor said the borough is not in any hurry to necessarily develop anything on the site.

“Basically it is to look if we could get this property,” he said. “The post office is moving so the floodplain can act like a floodplain. The hope is when the flood waters come up [from Mill Pond and the Lawrence Brook], the water is not displaced on Washington Avenue.”

Steeber said ideally they would like to have a sizable park in downtown Milltown.

The Milltown Post Office has seen its fair share of storms. In 2007, the post office was closed for two months after a nor’easter brought 2 feet of water into the facility. In 2011, Hurricane Irene brought devastating flood waters into Milltown, which again closed the post office. At the time, operations, including carriers, were relocated to East Brunswick and a special trailer was set up at the Milltown post office site for residents to access their post office.

As for today, George Flood, spokesman for the U.S. Postal Service for the Northeast area, said the current 7,922-square-foot post office has far more space than needed.

“Since consolidating the mail delivery operation into another site, the goal has been to downsize our current footprint within the Borough of Milltown,” he said.

Flood said postal officials have not received an offer at fair market value from an interested buyer for the property as of yet.

“[When we do], we would then be able to take the next step and identify a smaller space within the Borough of Milltown to house the remaining post office retail customer service and Post Office Box operations,” he said. “The community can be assured that we remain committed to keeping a post office in Milltown and maintaining the level of service our customers in the borough have grown to expect and deserve.”