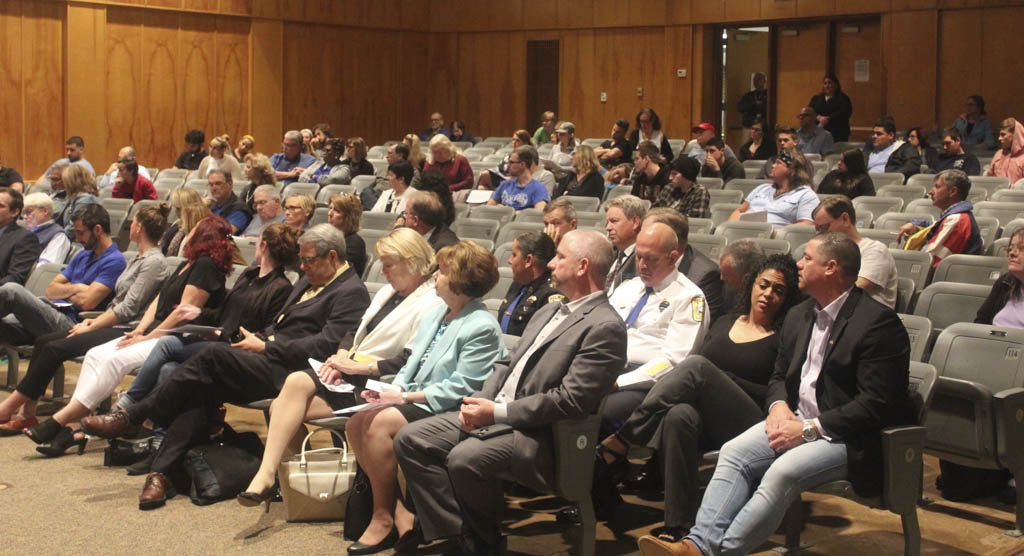 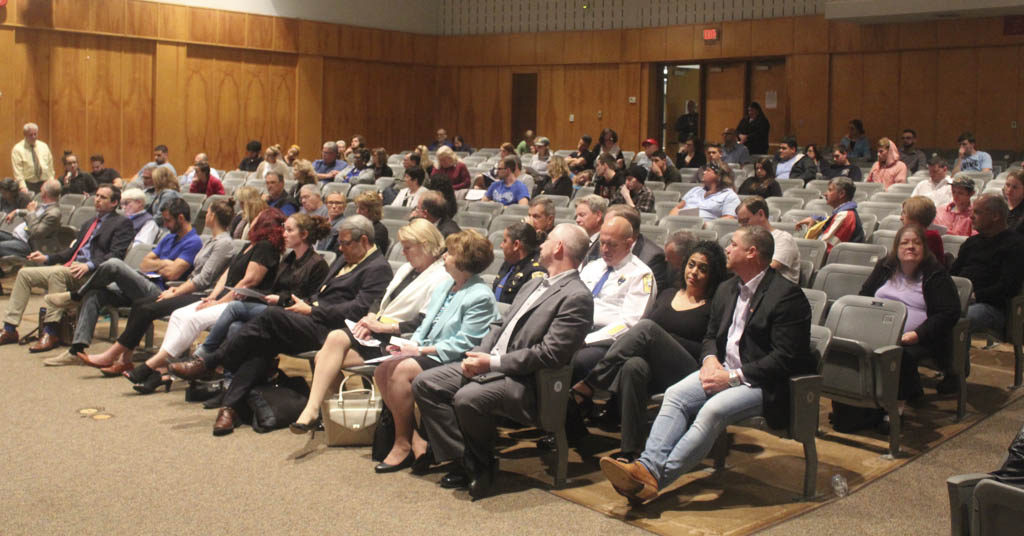 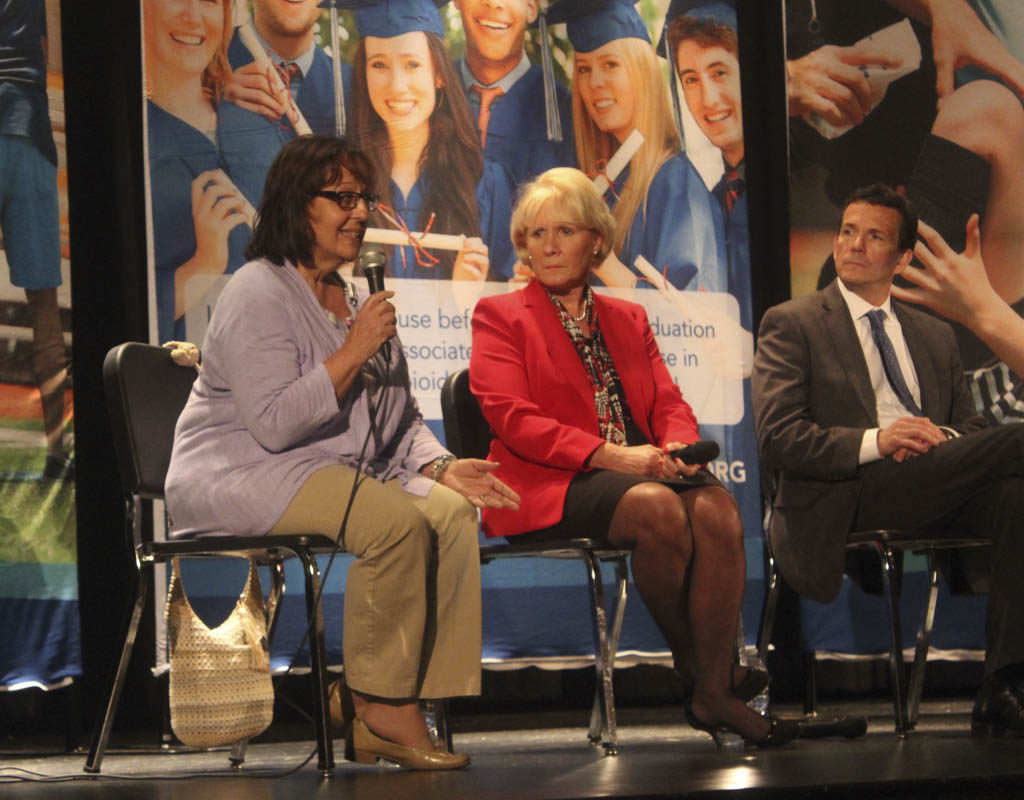 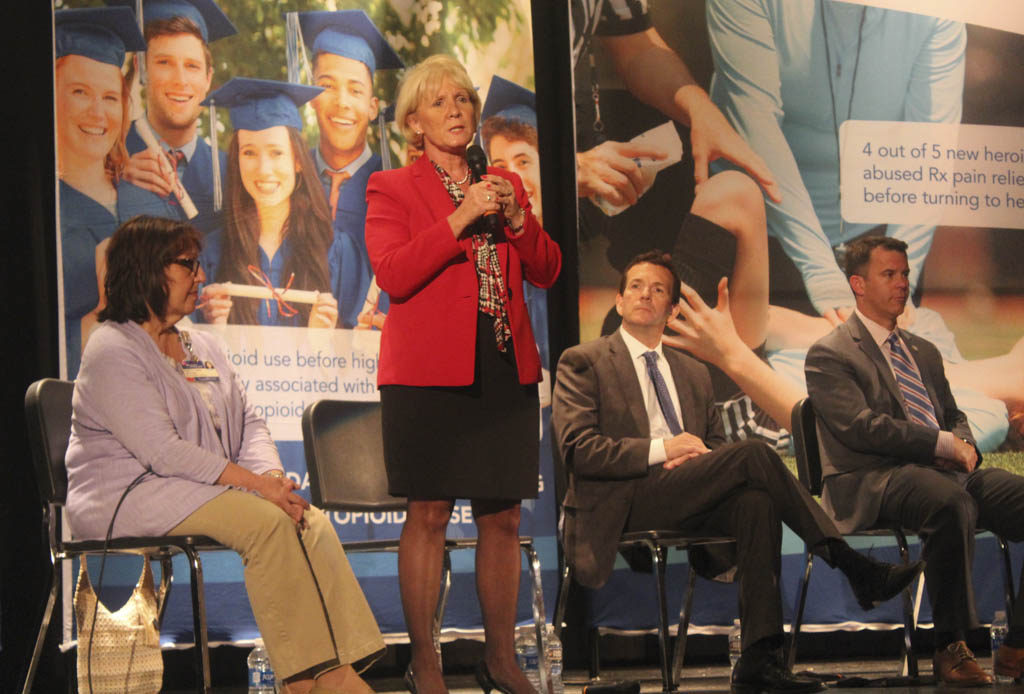 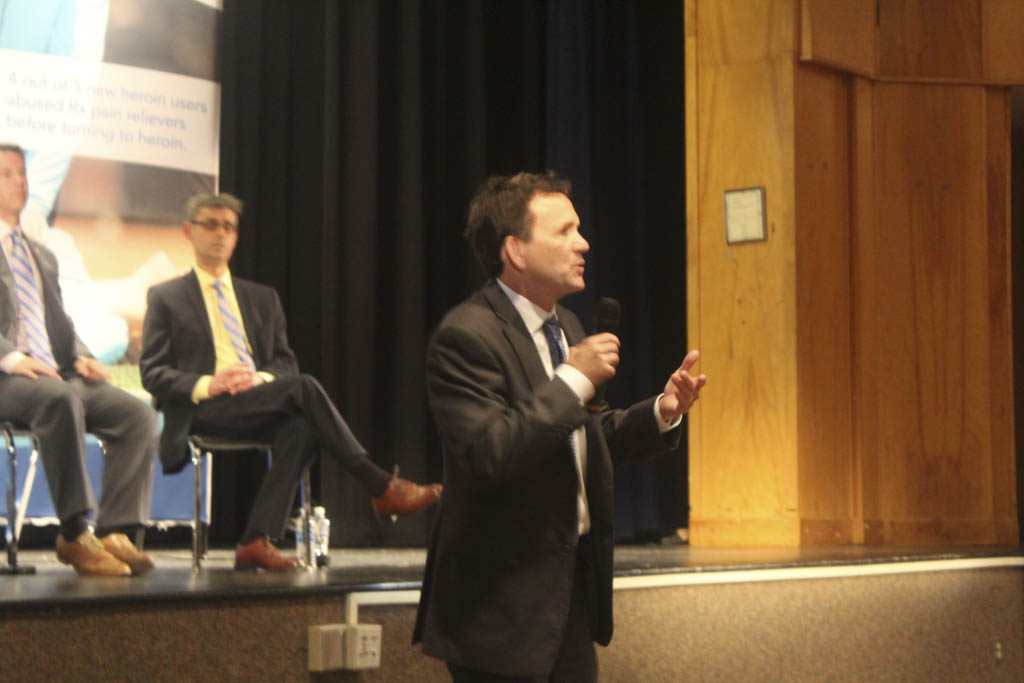 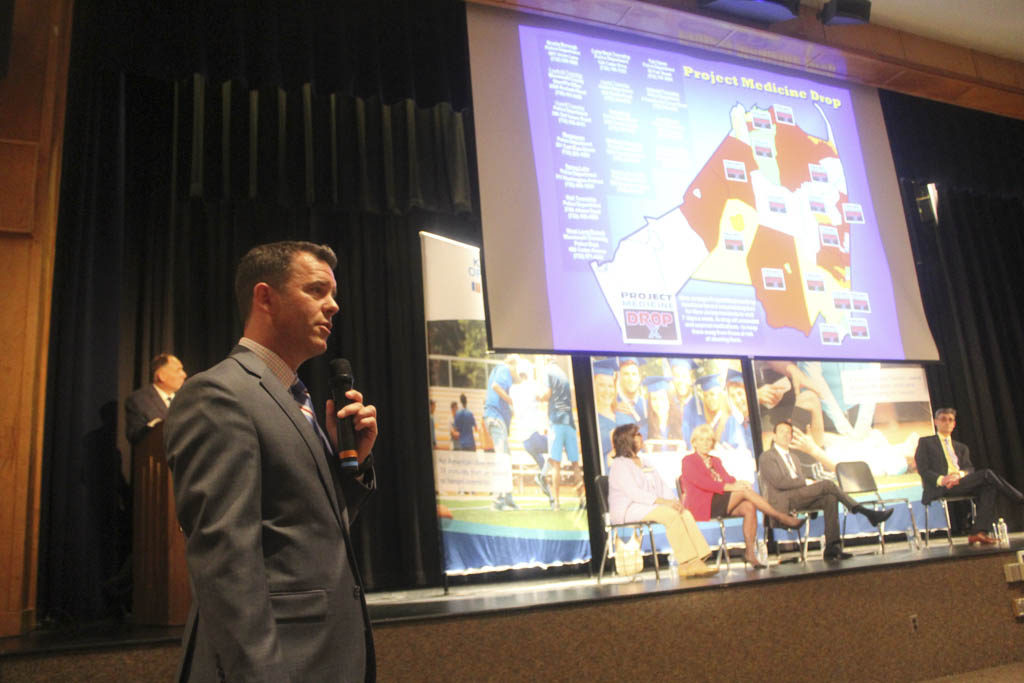 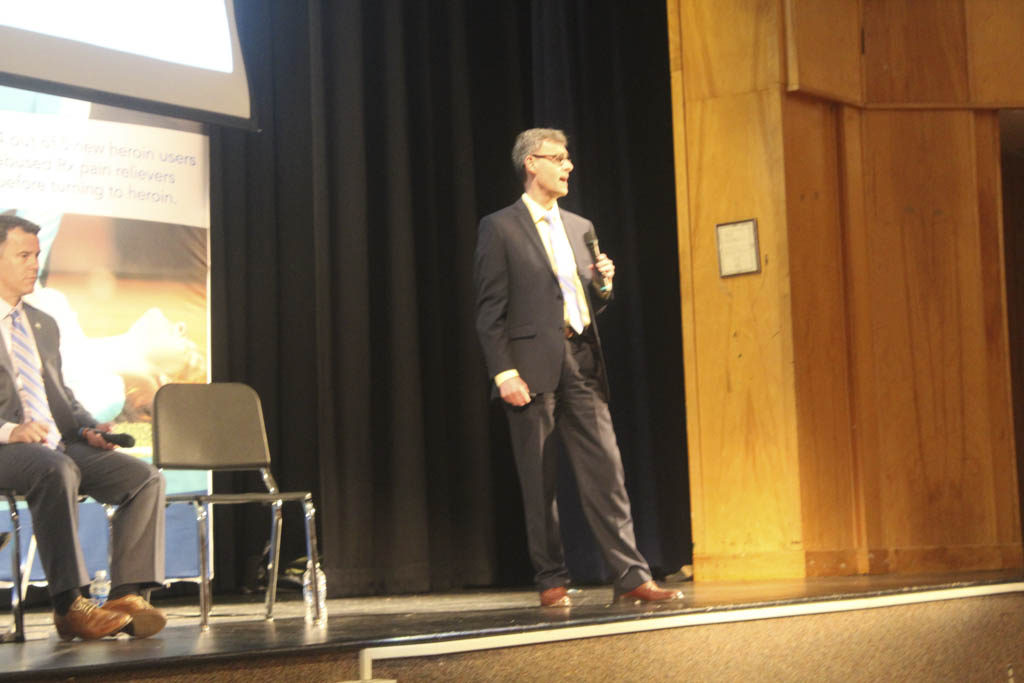 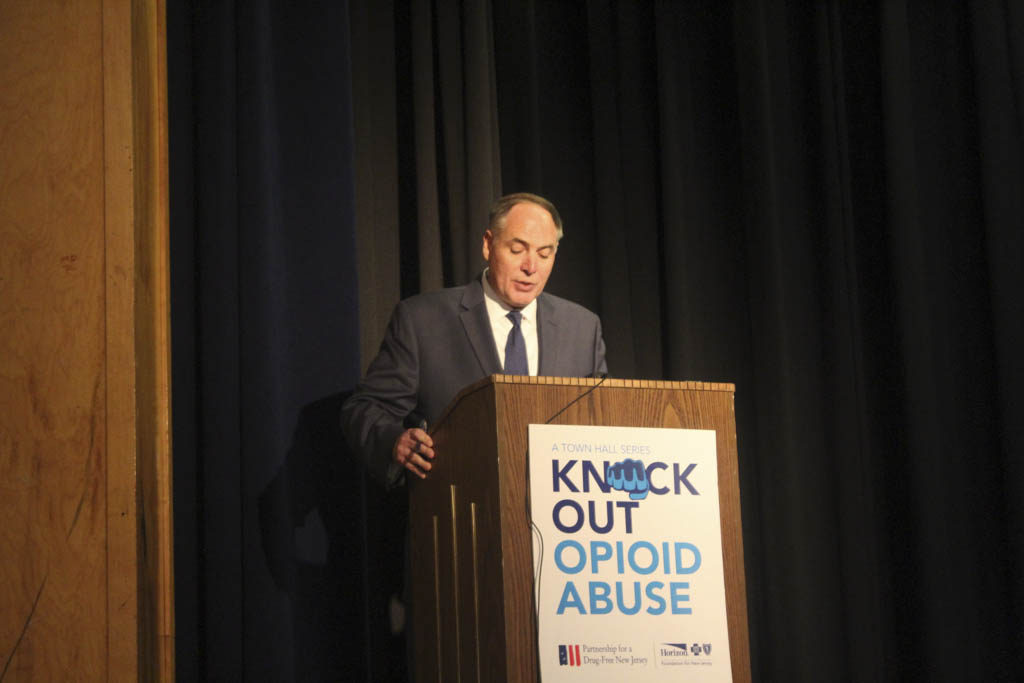 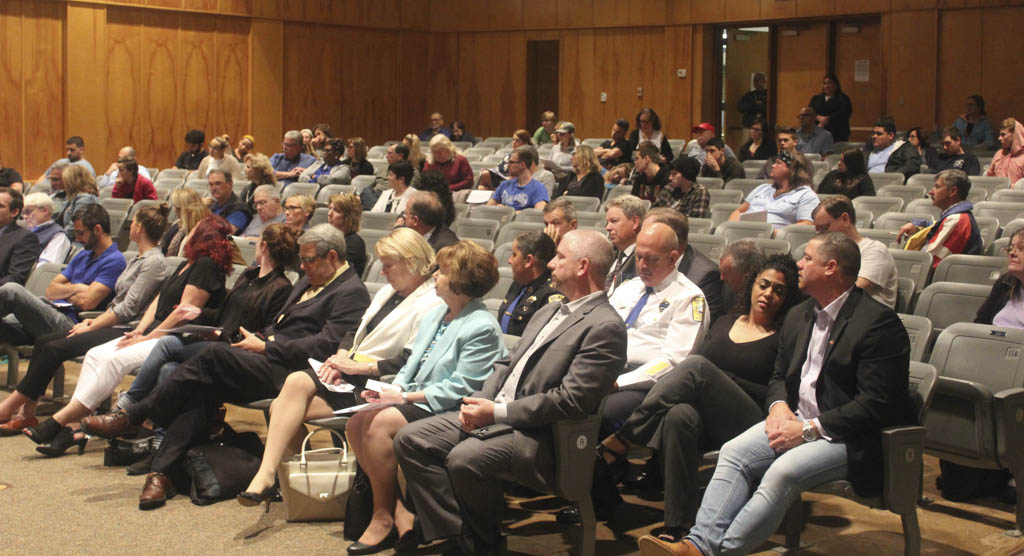 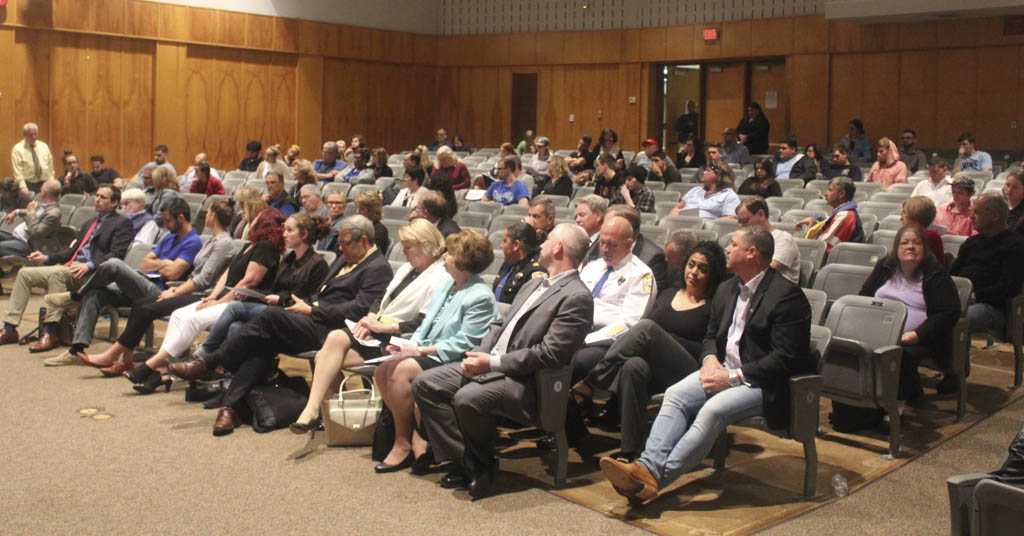 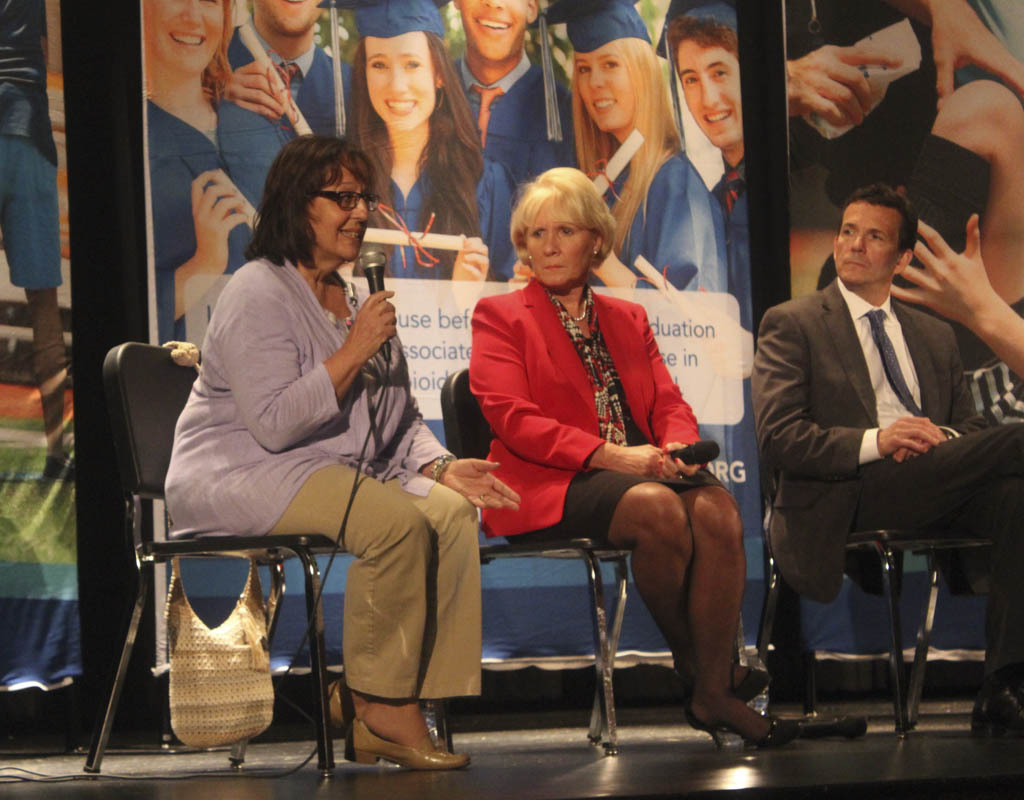 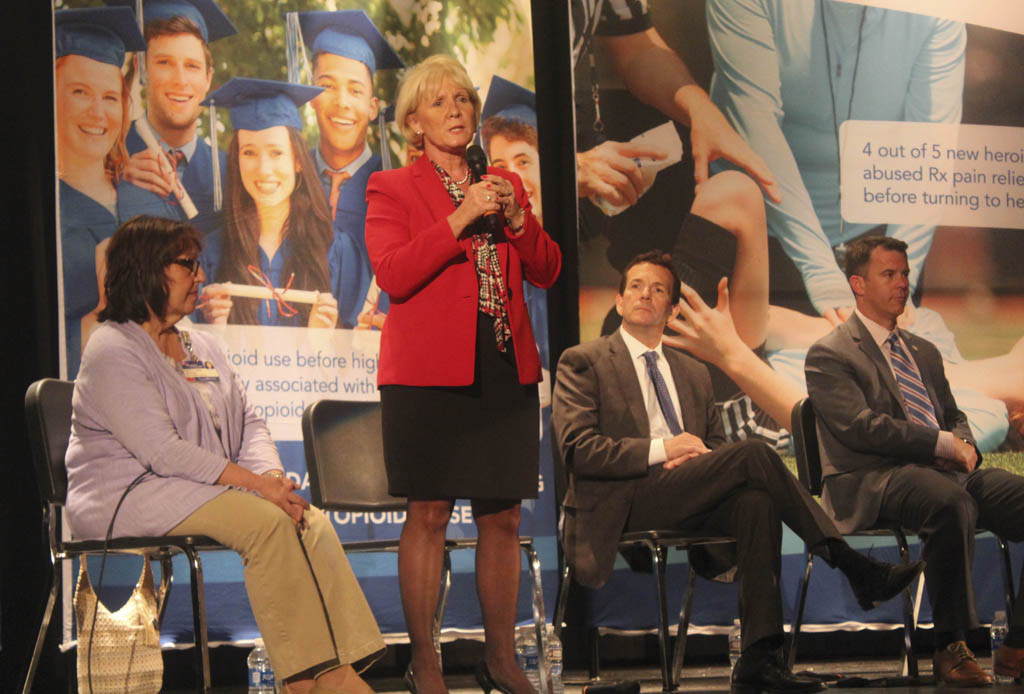 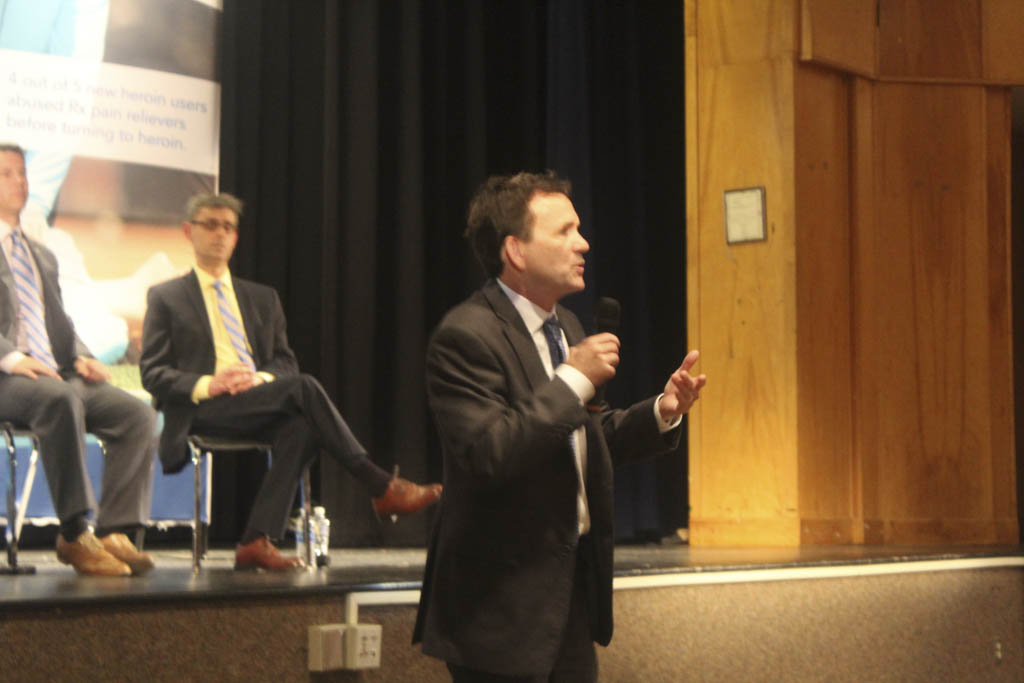 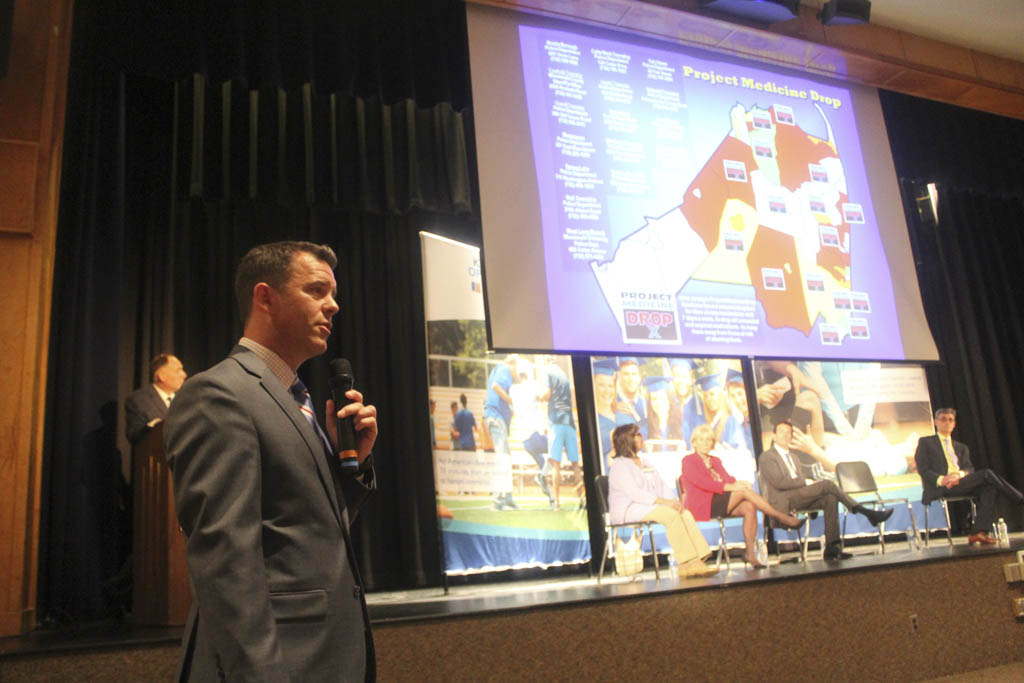 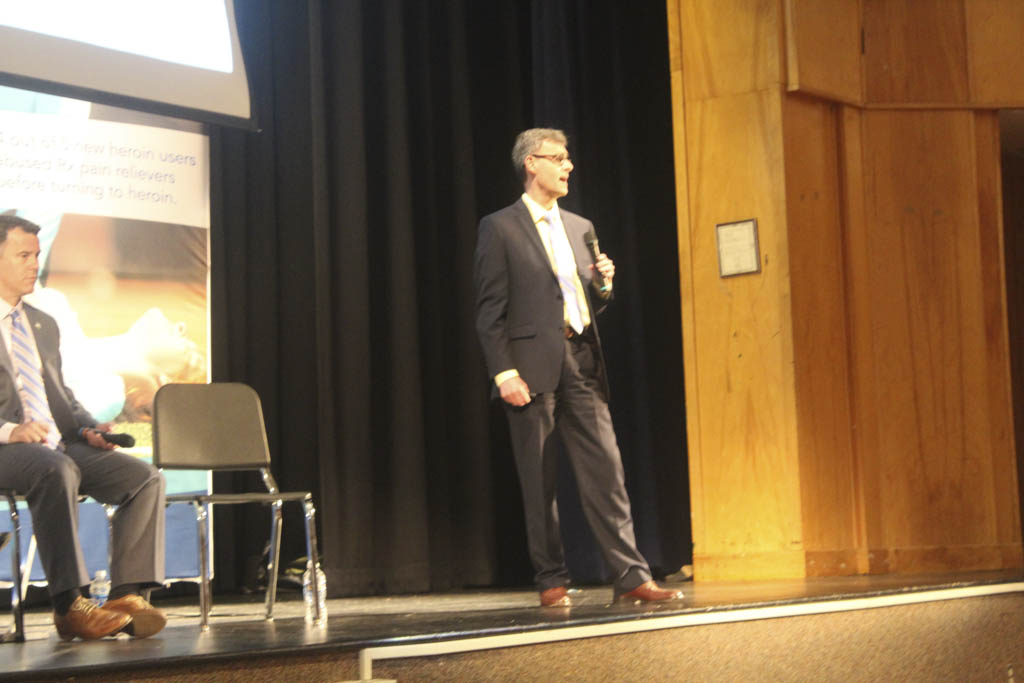 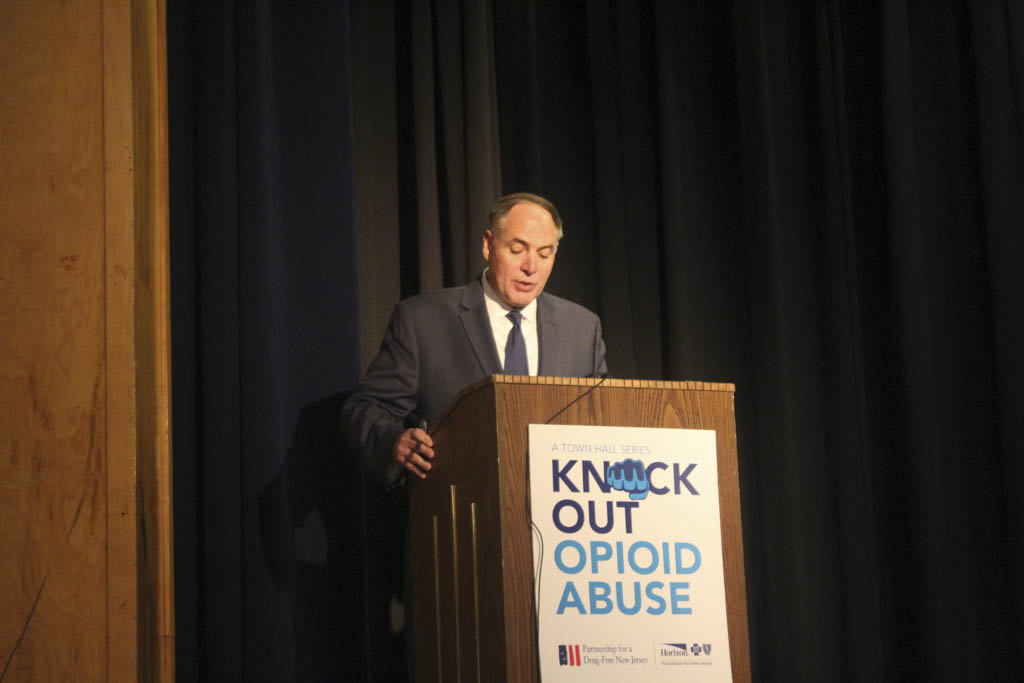 MIDDLETOWN — Assembling a panel of experts to help inform residents about prescription drug and heroin addiction, the Partnership for a Drug-Free New Jersey invited locals to its “Knock Out Opioid Abuse Town Hall” series.

During the town hall on May 23 at Middletown High School South, more than 40 residents listened to a panel of six experts from varies professions talk about the nation’s latest drug epidemic and how it is affecting citizens in Monmouth County.

Monmouth County Prosecutor Christopher Gramiccioni talked about the epidemic and how it relates to the increase in heroin usage in recent years from a law enforcement stand point.

People who get addicted to opioids often begin using heroin due to opioid being expensive and heroin being a cheaper street drug, according to Gramiccioni.

Monmouth County has some of the purest heroin in the nation and heroin is the most addictive drug, according Gramiccioni.

“We actually started this effort back in 2012 at the prosecutor’s office, we were all alone doing it and I am grateful that a lot of partners have come into play over the past five years. The reason we did it is because of the one slide [that I showed], as the chief law enforcement officer in the county when I look at what’s really killing our citizens in Monmouth County it’s opioid and heroin related overdose deaths. Everything else pales  in comparison [from] vehicular fatalities, homicides and murders everything else pales. So that is my number one mission trying to protect the people who live here and when you are averaging a 160 deaths a year we’ve got a lot of work to do,” Gramiccioni said.

Organized with the Horizon Foundation for New Jersey, the town hall series focuses on the issues of prescription drug dependency and heroin abuse and included a collaboration from hundreds of local prevention and treatment organizations, as well as local and county law enforcement, government and medical community leaders, according to a prepared statement for the Partnership for a Drug-Free New Jersey.

The organization’s effort is to offer a town hall series on 17 occasions that will take place over the next 18 months in communities heavily impacted by opioid crisis. The Horizon Foundation for New Jersey funds the series through a $250,000 grant, according to a information provided by Horizon Foundation New Jersey.

The town hall was co-sponsored by the Middletown Public Schools, Prevention First, the Tigger House Foundation and the Monmouth County Prosecutor’s Office, according to a information provided by the organization.

Angelo M. Valente, executive director for the Partnership for a Drug-Free New Jersey and moderator, thanked all of the town hall’s sponsors, local officials and the residents for coming to the organization’s third town hall series.

“We wanted to have this series because we wanted to do two main things: one is to get the message out at the local level and get people involved at the local level with the epidemic and help them understand how they can combat the epidemic, but secondly we also wanted to see what programs are working, what highlights are coming out of the county, how we can share the best of those practices with the rest of the state, so what we are doing with the town halls is really looking at what’s happening at a local level and when we have successful programs we want to share them with the rest of the state of New Jersey,” Valente said.

Before the experts gave their speeches, William O. George III, superintendent of Middletown Township Public Schools, thanked the panel of experts, the sponsors of the town hall and all the residents, specifically the young residents who came.

Each expert talked about the epidemic from his or her field of expertise and emphasized to parents that communicating and educating their children is one of the best ways to combat the epidemic.

Almeida examined the prescription drug and heroin abuse epidemic from a medical perspective and explained that if opioids are taken on regular basis it produces a sense of euphoria in the user’s brain where eventually they can become addicted.

Today opioids can be found in the varies form of prescription drugs pain relievers that include: Percocet, Fentanyl, Oxycontin, Vicodin, and several others, according to Almeida.

During his speech, Almeida used a few slides showing the latest statistics about prescription drug and heroin abuse and who it mostly affects.

On one of his slides he showed a chart from the National Institute on Drug Abuse, which showed that men are affected by this epidemic.

He said that professionals in the emergency medical field saw an increase in opioid abuse related cases back in 2011.

“This goes back as I talked about well over six years, so probably about five or six years we have seen the problem in the emergency department for opioids and we really didn’t do a good job and we haven’t done a good job and it’s not because we did want to do [anything] it’s because we did not have resources to assist, so what happened a year or two later we had a group in [New Jersey] get together some of which were people from insurance companies some of which was were the [New Jersey Hospital Association] and we asked ‘What can we do?’ We put a couple of ideas out there back in 2012 and now those ideas that we have put forth are all coming to fruition,” Almeida said.

O’Scanlon talked about the epidemic from a legislative perspective. He said that he helped pass to legislative policies to help combat prescription drug abuse and assist individuals who are seeking treatment for their addiction.

The first policy forces certain insurance companies to give certain patients a 30-day no questions asked in-patient treatment care. The second policy limits opioid prescriptions to only five days, depending on a patient’s medical condition, according to O’Scanlon.

Angelini talked about the drug prevention side of the epidemic. Angelini said that over the years there has not been a consistent policy in terms of drug prevention.

Angelini emphasized that parents must educate their children about drugs and the negative impact drug can have on their lives. 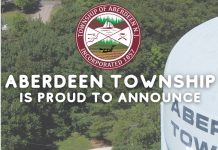