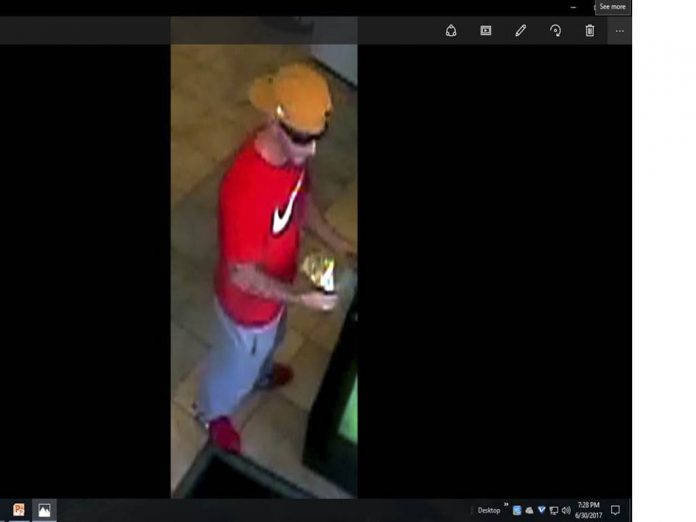 OLD BRIDGE — Police are asking the public for assistance as they investigate an attempted luring of two children at the Quick Chek in the Laurence Harbor section of Old Bridge.

The man allegedly attempted to purchase snacks for the two children and then attempted to get them to go outside with him to his car by offering them hats and fidget spinners, according to police.

The man left the area in the pictured white Toyota, possibly a Corolla. The suspect is described as a thin, white male in his late twenties or thirties. He was described as having brown scruff on his face as if he was unshaven, according to police.

Police posted surveillance photos of the person and his vehicle on the department’s Facebook page.

Anyone with information should call Police Detective Michael Machen at 732-721-5600 ext. 3210 or email mmachen@oldbridge.com.