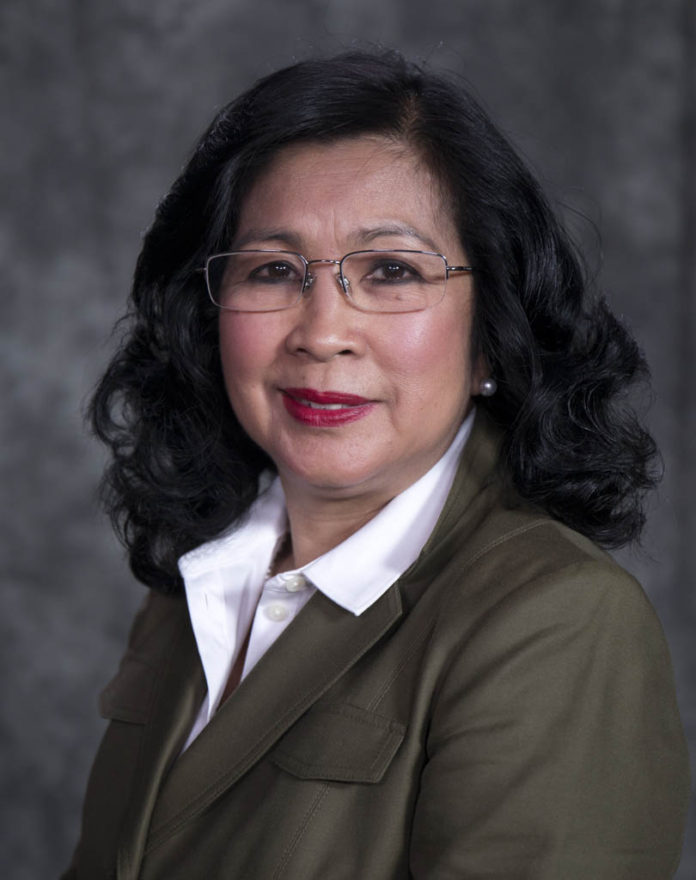 NORTH BRUNSWICK – A nursing education specialist from North Brunswick was honored with the 2017 Global Nursing Recognition Award during a special celebration held at the United Nations in New York.

Myrna Young, who works for Robert Wood Johnson University Hospital (RWJUH) in New Brunswick, was honored during a celebration of International Nurses Day on May 16.

“I am humbled and honored to accept this prestigious award on behalf of RWJUH,” Young said in a statement prepared by RWJUH. “If you ask any nurse, I am certain that he or she would say that nursing is much more than a vocation; it is a calling and a passion. Every day, I do my best to live this passion and give back to nursing through education, mentoring and service to others. This achievement would not be possible without the support I have received from my dedicated colleagues and the leadership at RWJUH.”

She has held numerous positions in the nursing field including staff nurse, head nurse, clinical supervisor and nursing director of many specialty care units as well as assistant vice president of the Operating Room, prior to her current role at RWJUH, which is now a member of RWJBarnabas Health, New Jersey’s largest healthcare system, according to the statement.

In addition to her hospital positions, Young has served as a legal nurse consultant for peri-operative nursing and clinical associate/adjunct professor for the Rutgers College of Nursing.

She has been coordinator of the RN Residency and Path to Professional Nursing Programs at RWJUH, Enterprise System administrator for the hospital’s Healthstream online education program and facilitator or chairperson of many hospital leadership and shared governance committees, according to RWJUH.

As a member of the PNANJ, she coordinated several outreach efforts to help those in need including the Food Drive: Feed America Campaign to benefit several food pantries in New Jersey; gift donations during the holiday season for New Brunswick children in need, the Tackle Sickle Cell blood donation effort, and a clothing and food drive to benefit superstorm Sandy victims.

As president of PNANJ, she spearheaded multiple fundraising initiatives on the international level such as a fund drive for the Philippine Medical Mission and Nandadeep Hospital for the Blind in India as well as the Typhoon Haiyan relief drive in 2013, according to the statement. Shortly after Typhoon Haiyan struck the Philippines, Young and the Middlesex County PNANJ Chapter organized a hospital-wide fund drive and donation campaign. Her team collected 50 large boxes of clothing, food and emergency medical supplies and raised more than $12,000 to benefit victims of the natural disaster.

“At RWJUH, we are committed to fostering an environment that encourages learning, professional development, the pursuit of research and service among our nursing professionals,” added Lori Colineri, senior vice president and chief nursing officer for RWJBarnabas Health Southern Region and RWJUH. “Myrna shares this commitment and has played a central role in establishing this culture while helping our nurses thrive within it. We are thrilled that she has received international recognition for her efforts.”