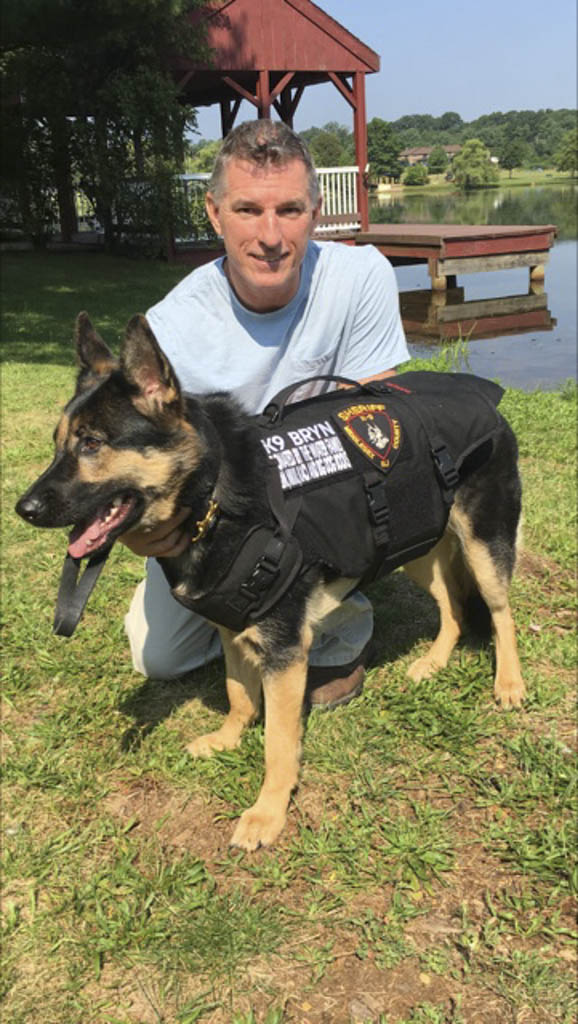 A local author recently ordered and received a second piece of K9 body armor which he donated to the Middlesex County Sheriff’s Office.

The cost for Bryn’s vest was $900. The donation was made possible from proceeds of a children’s book written by Wiater, titled “The Adventures of Solo, The Big Dog.” The book started as a simple story about a K9 officer that Wiater had made up for his daughters, Nikki and Kaci. The book was titled after real life K9 Solo was killed in the line of duty in Bradley Beach in 1998.

“Back in 1998, after reading the article about the police standoff and how Solo lost his life in the line of duty, I made a promise to myself that one day I would purchase a bulletproof vest for a K9 officer,” Wiater said in the statement.

He has also donated two pet oxygen kits, one to the Millstone Fire Department and the second to K9 Finn of the Hunterdon County Prosecutor’s Office, along with a field trauma kit to K9 Ricky of the Willingboro Police Department.

“I have several more pieces of equipment that have been requested and I am hoping to have them delivered soon,” Wiater said. “I am not only excited about the K9 officers that we will be helping to protect, but also about the future of the book and the potential we have to help others,” he said.