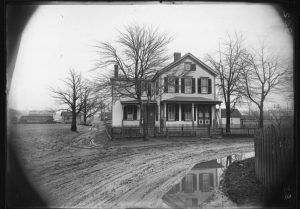 Jennifer Amato, Managing Editor
SOUTH BRUNSWICK – “Life is people.”
Randy Marsola, technology librarian at the South Brunswick Library, says he often thinks about what former Mayor Joseph Spataro, who passed away last month at age 100, said to him during an interview in 2014.
The phrase is especially fitting as Marsola is working to revitalize the South Brunswick Historical Society.
Since the early 1990s, township Historian Ceil Leedom has been gathering documents, newspaper clippings, deeds, obituaries, Revolutionary War files, information on roads, housing development promotional materials and photographs.
The newly reestablished society has gone through thousands of items to create the 2018 South Brunswick Historical Society Calendar, which is available for purchase.
There are 13 photos featured, one on the cover and one for each month. For example, Macon’s Inn was visited by Captain Aaron Longstreet during the second battle of Trenton during the Revolutionary War; it is now Valero on Route 1. There is a class picture from the Dayton School from 1980. There is a picture of the Griggs House in 1890 from a glass plate negative, which shows a building in the background with an advertisement for a peanut butter company.
Accompanying the pictures are 365 facts about the township, one for each date of the year, that were researched by historian/author/poet/artist Ed Belding. For example, the dedication of the current library building was Sept. 28, 1969. Or, on Sept. 25, 1963, the Snell family of Kendall Park served as the host to Nikita Khrushchev, former premier of the Soviet Union, at a cookout.
“I knew we had so many great photographs,” Marsola said of the idea to create a calendar. “To tell the story, it’s interesting, but to have the picture to back it up makes it much more accessible.”
“What is intriguing about the calendar is that there are a lot of dates across centuries that can be pegged to a certain day,” Leedom added.
There are 45 cabinet drawers containing historical documents in the Local History Room at the library. Some are part of the New Jersey Digital Highway through Rutgers University, and some came from The Home News archives when the newspaper chain gave items to the New Brunswick Library, which then disseminated information to individual libraries. Beatrice Renk and Doris Curran donated “treasure troves” of information, according to Leedom.
An especially intriguing project of the Historical Society – which began in the early 1970s by William Baker, was disbanded in the 1990s but was revived earlier this year by Marsola – is the Pigeon Swamp Ledger from the 1700s, which will be restored and digitized by the Conservation Center for Art & Historic Artifacts in Philadelphia and ready for public viewing next year. Marsola said that library staff looked for the ledger in the ‘90s but no one knew where it was until it was discovered in a box. Now known as the “crown jewel” of the library’s history collection, it will be preserved through funding from the Middlesex County Cultural & Heritage Commission and the Friends of the Library trustees.
Leedom said that a fire in the 1840s caused most of South Brunswick’s documents to be destroyed.
“To have something from the 1700s is very special,” Leedom said, “because most of the early records from the beginning of the township to 1840 disappeared.”
There is also a letter from a resident named Hagerman who wrote to the king of England in the 1700s regarding land riots.
There is information on roadways, such as Route 1 being a toll road that was free on Sundays, as it was considered a private turnpike for 100 years. Or, Georges Road was a private road named the Cranbury-New Brunswick Turnpike, with various inns and accommodations for travelers; there is a picture of the Weber House – now Orange Key Realty on Georges Road – which was probably a toll stop.
The artifacts can be viewed by appointment.
Or, residents can visit the library’s Facebook page for Throwback Thursday, when Marsola posts pictures of the town way before its current state.
“The response is surprisingly good,” he said, noting that a particular picture of a 1960 aerial view of Kendall Park received 3,000 responses. “People recognize the neighborhoods and the schools.”
There are other informational means, such as poster boards Leedom put together highlighting each section of town. There is Monmouth Junction, Dayton, Kingston and the hamlets (villages) of Deans, Little Rocky Hill, Route 27, Franklin Park, Sand Hills, Rhode Hall, Fresh Ponds and Cottageville.
Notable changes over the years are the closure of the Deans post office, which changed much of the area into what is now known as Monmouth Junction, but is still technically Deans; the booming expansion of Kendall Park over 10 years, which doubled the population of South Brunswick because people had cars and moved to the suburbs after World War II; the changing of the Butler food store to Pierre’s on Georges Road; and the removal of the Dayton Depot train station.
Although the central Dayton area has changed a lot, Deans Garage is still in existence, first owned by Fred Pietrefesa, Sr., in 1930.
“Buildings that still exist seem to resonate with people,” Leedom said.
The Historical Society is seeking new members. The group meets at 6:30 p.m. the fourth Tuesday of the month at the library, 110 Kingston Lane, Monmouth Junction section of South Brunswick.
“Every local history collection is based on people we happened to find who happened to save material,” Leedom said.
“I think [history] is being lost but once people learn more about it, they’re interested in it because it’s where they live .. and if something happens in your own neighborhood, it resonates in your heart,” Marsola said.
For more information, contact Marsola at rmarsola@sbpl.info or 732-329-4000, ext. 7636.
Contact Jennifer Amato at jamato@newspapermediagroup.com. 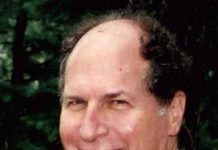 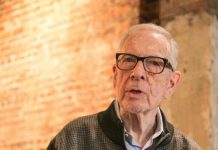 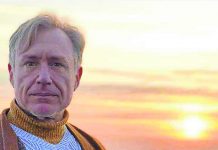