The appointment was made by Assembly Speaker Craig Coughlin on Jan. 9.

Pinkin, a Democrat, will work on legislation that includes a wide variety of environmental issues ranging from managing waterways; protecting natural resources including the Barnegat Bay, the Pinelands, the Raritan River and other key locations throughout the state; and protecting residents from polluters and their behaviors that have been harmful to our residents, according to information provided by her office.

“I look forward to working on behalf of our residents to keep our state’s environment safe,” said Pinkin (D-18).  “Our environment is at critical juncture. We need a comprehensive pro-environment strategy here in New Jersey that puts clean water, air and natural resources first.”

Pinkin noted in the statement that she will be working with federal lawmakers to oppose cuts to the Environmental Protection Agency, fight plans for off-shore drilling, as well as any other efforts to rollback generations of bipartisan environmental policies.

Pinkin, who was sworn into her third term on Jan. 9, was also appointed to the Assembly Health and Senior Services and the Assembly Law and Public Safety committees.

She was first elected to the Assembly in 2013 after serving on the East Brunswick Township Council since 2005. 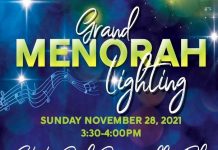