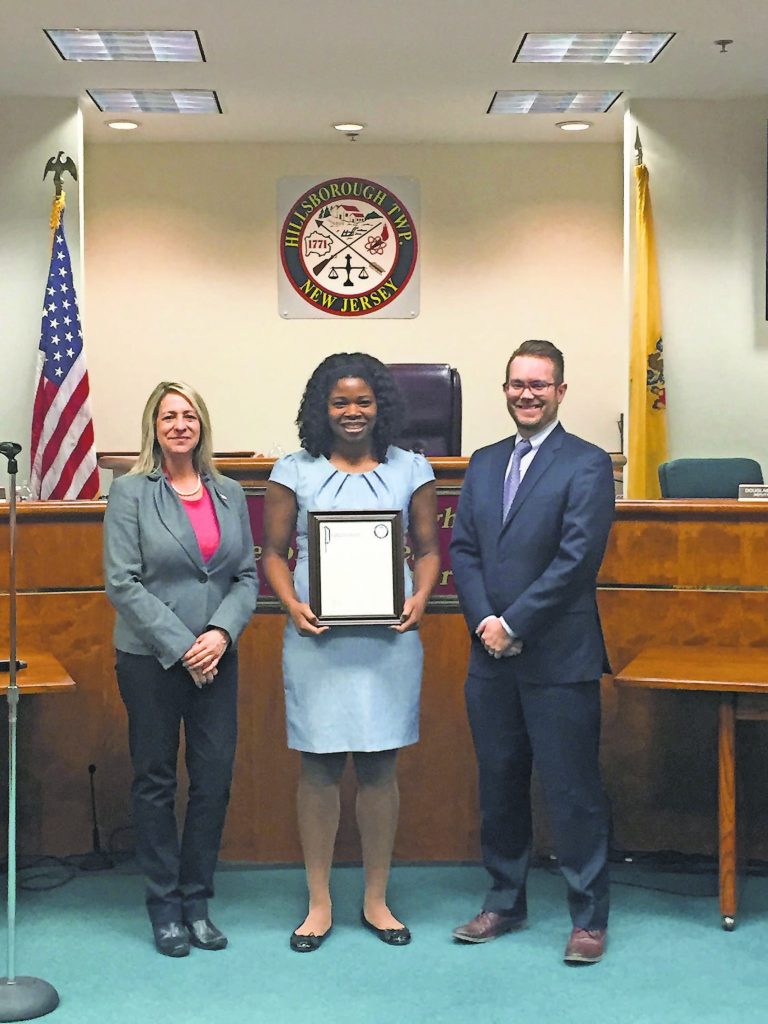 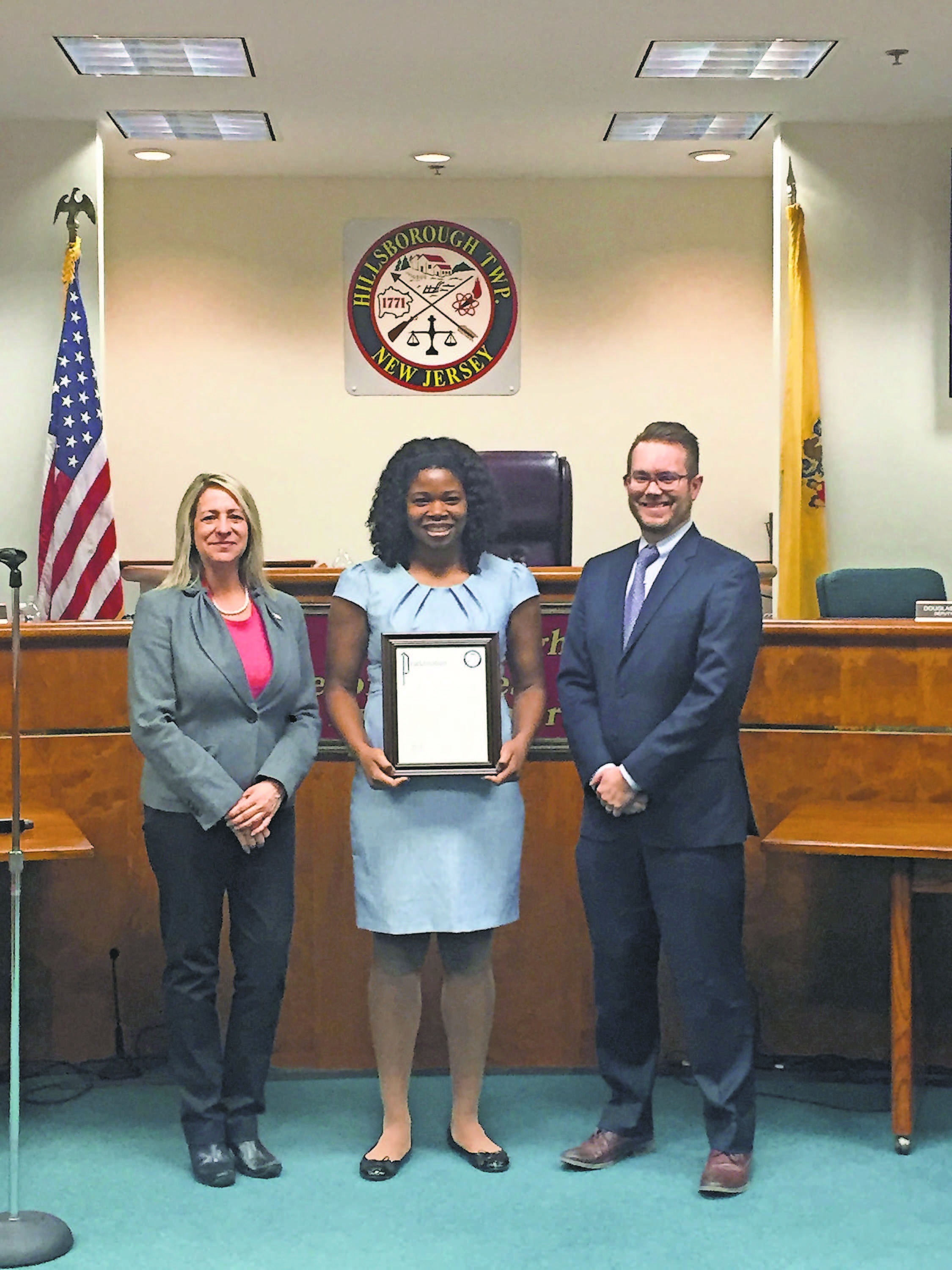 A Hillsborough High School graduate who has since gone on to pursue a life of science was recently recognized by officials for being one of just 32 students throughout the country to be named a 2018 Rhodes Scholar.

Jasmine Brown, a member of the HHS Class of 2014, was one of three recipients from New Jersey to earn a Rhodes Scholarship, though she applied through the state of Missouri, since she currently studies.

“The Rhodes Scholarship is one of the most prestigious scholarships, we are so thrilled to have the chance to congratulate Jasmine and her family for being selected for this major achievement,” Mayor Gloria McCauley said. “The township committee always enjoys meeting and acknowledging our residents, we are proud of her and looking forward to see what she does in her future.”

Selected back in November, Brown intends to begin earning a PhD. at Oxford University in England in October. She currently studies biology with a focus in neuroscience at Washington University in St. Louis.

The other two New Jersey recipients were Jordan D. Thomas, of Newark, a senior at Princeton University and Christopher J. D’Urso, a Colts Neck resident and senior at the University of Pennsylvania.

During the Jan. 9 township committee meeting, Mayor Gloria McCauley praised Brown for her selection as a Rhodes Scholar recipient, stating that the news brought honor “for herself, her family and her community through her many achievements in her academic career.”

Created in 1902 by the will of British philanthropist and African colonial pioneer, Cecil Rhodes. The Rhodes Scholarship provides students with all expenses for two, three or sometimes four years of study at the University of Oxford in England.

“This year’s selections…reflects the rich diversity of America,” American Secretary of the Rhodes Trust Elliot F. Gerson said in an official statement.

This most recent pool of Rhodes Scholars were selected from a group of more than 866 students that were endorsed by 299 different colleges and universities. Following their endorsement, each candidate stood before Committees of Selection in each of 16 U.S. districts for interview. Applicants are then chosen based on academic excellence; ambition for impact; and an ability to work with others for good.

During her time at Hillsborough High School, Brown was involved in a number of extracurricular activities, including Varsity Track & Field, President of Interact and Sources of Strength, a member of the National Honor Society, National Spanish Honors Society and National Art Honors Society.

Along with her academic pursuits, she also founded the Minority Association of Rising Scientists, received Alpha Kappa Alpha Sorority, Inc. “member with the highest GPA” in the region award with a 3.97, and has participated in research since the summer after her high school senior year at various academic institutions including Johns Hopkins and MIT.