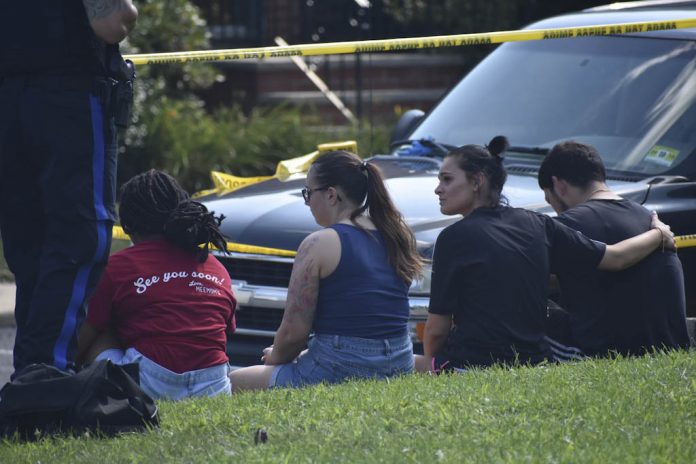 A Keansburg man has been charged with murdering a Keyport man on the afternoon of Aug. 9, Monmouth County Prosecutor Christopher J. Gramiccioni announced.

The prosecutor credited detectives in his office and the Keyport Police Department with the investigation that led to Curtin’s arrest during the overnight hours of Aug. 9-10.

Keyport police responded to a 911 call reporting a shooting at 12:48 p.m. on Aug. 9 at 2 Center Street. Police arrived to find Smutz with a gunshot wound. He was pronounced dead at 1:21 p.m.

A joint investigation by the Monmouth County Prosecutor’s Office and the Keyport Police Department determined Curtin arrived at Smutz’s apartment, and while inside, an argument ensued that allegedly culminated with Curtin fatally shooting Smutz.

In the hours following the incident, dozens of individuals could be seen standing near yellow caution tape that closed the Holmdel Pointe apartment complex to vehicles and to residents who live in the area.

Anyone with additional information about this case is asked to call Detective Ryan Mahony of the Monmouth County Prosecutor’s Office at 1-800-533-7443 or Detective Sgt. Joe Redina of the Keyport Police Department at 732-264-0706.