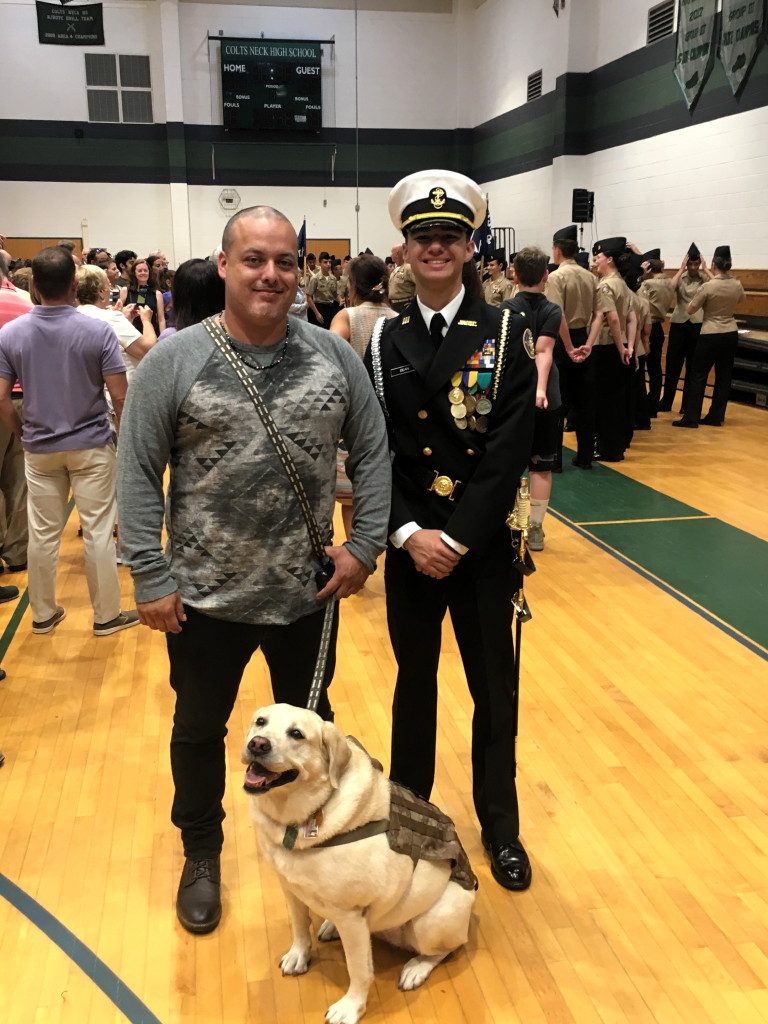 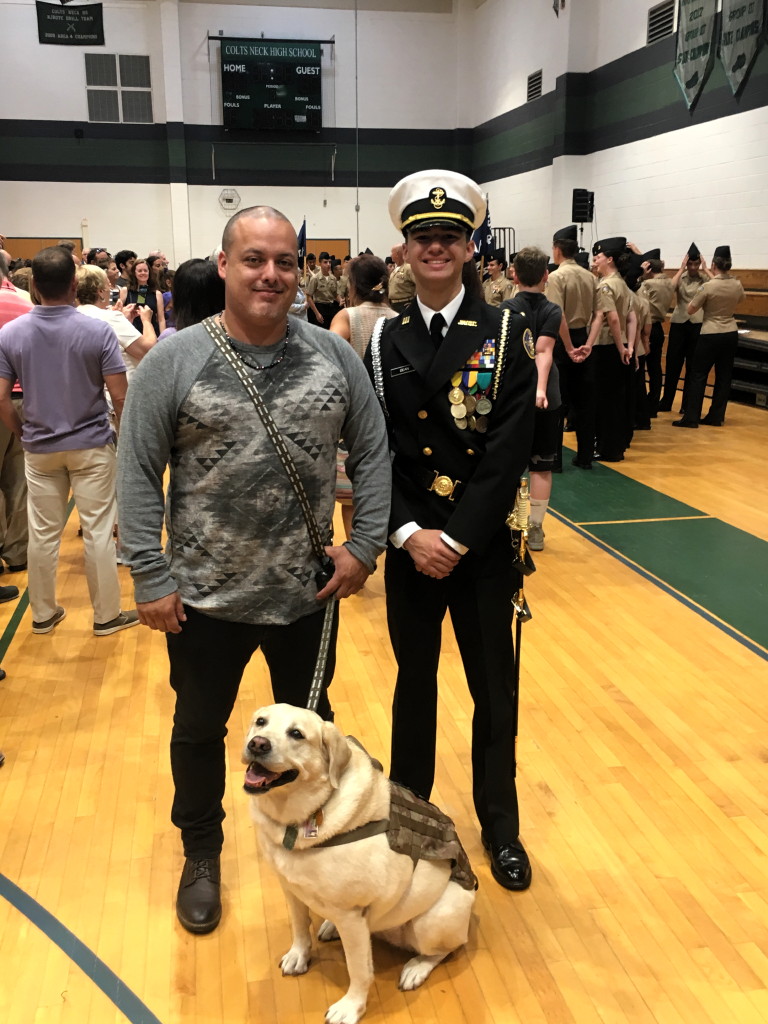 A high school senior has raised $26,000 that will be used to give veterans who have post-traumatic stress disorder access to service dogs.

William Dean of Marlboro, the son of Christopher and Victoria Dean, is a senior at Colts Neck High School and a student in the Freehold Regional High School District’s Navy Junior Reserve Officers Training Corps unit at the school.

In August, William held a barbecue fundraiser at Bucks Mill Park, Colts Neck. Proceeds from the event went to the Monmouth Chapter of the Association of the United States Army’s (AUSA) Service Dog Initiative.

The AUSA’s National Partner Program is made up of more than 500 organizations from around the world that support the U.S. Army with products and services.

William said he wanted to raise money for service dogs for veterans because of a conversation he had with a service member when he was younger.

He said he attended a  Veterans Day community service fundraiser and “while I was helping, a younger man walked in and sat down. I started talking to him and quickly noticed his sleeves of tattoos that represented many things to his life in the Marine Corps.”

William said the man’s name was Lewis and he was a four-year Marine gunner who had served overseas.

“He explained to me that upon returning home from deployment, the next day (an individual) in his unit committed suicide as a result of PTSD,” William said. “He explained how his best friend from the Marine Corps also ended up committing suicide the same week … This opened my eyes to how the fight really never ends when these men and women come home, because the fight continues through disorders such as PTSD.”

During the Sept. 5 meeting of the Colts Neck Township Committee, William was recognized by Mayor J.P. Bartolomeo and state Sen. Vin Gopal (D-Monmouth) with a Legislative ceremonial resolution from the District 11 legislators and from the Township Committee.