Opponents fighting Rider University’s sale of Westminster Choir College have adjusted their legal tactics by dropping their federal lawsuit against the deal and suing New Jersey’s Attorney General in a separate legal action.

Howard McMorris, a former Westminster trustee, and six other plaintiffs last week named Attorney General Gurbir S. Grewal as a defendant in their civil lawsuit against Rider and Beijing Kaiwen Education Technology Co. Ltd., the Chinese buyer of Westminster. The case is being heard in the chancery division of state Superior Court, Trenton.

Bruce I. Afran, the attorney representing McMorris and the others, said on Oct. 24 that Grewal was added to the case for legal reasons.

“There actually are (court) decisions which say that where a charitable fund is said to be mismanaged, the attorney general should be named in any lawsuit seeking to change the management of the charity,” Afran said. “But he’s really there because the attorney general may decide to take a position on behalf of the public as to the mismanagement of this charitable property, in Westminster Choir College.”

Grewal’s office did not respond to a request for comment. He is scheduled to speak at Rider University on Oct. 29.

In a separate move earlier this month, McMorris and the other plaintiffs in a civil lawsuit in federal court in New York dropped their fight there. Afran said they would argue their case in New Jersey, where the sale of Westminster faces a separate legal challenge by the Princeton Theological Seminary.

Afran said it made sense to have everything heard in front of one judge rather than in front of two judges in separate states.

“You don’t want to have a case with two courts possibly ruling in different ways on different issues,” he said.

He said Grewal could not be added to the lawsuit in New York, which is another reason “why the case really had to be heard here.”

A spokeswoman for Rider University could not be reached for comment.

Rider officials have said they intend to sell Westminster and its Princeton campus for $40 million, with the new owner assuming control of the school in 2019.

“Kaiwen Education’s mission is to sustain and grow Westminster Choir College’s reputation as a world class institution while maintaining it as an artistically pre-eminent, academically rigorous and fiscally sound institution,” Rider University President Gregory Dell’Omo said in a statement in June.

Afran’s clients are fighting to block the sale to Kaiwen, a company controlled by the Chinese government. They fear the loss of academic freedom if the sale goes through. 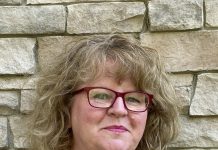