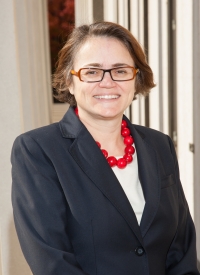 She is contagious and has infected her own teenaged son, several Princeton University students, and countless members of the Princeton community, including Pam Hersh.

There is no vaccination for this bug – nor would anyone want one, because Heather’s bug strain is an extremely healthy one, known as civic engagement.

As she fulfills her last few weeks as council member in Princeton, Heather is feeling a little sad about no longer being a member of Princeton’s governing team, a job she has held and loved for seven years – first in Princeton Borough and then in consolidated Princeton. That sadness, however, is mitigated by her enthusiasm for retirement from council, because she will be injected with a healthy dose of time.

It means she can direct her energy into her faculty job at Princeton University – the platform from which she can spread the word about the importance of every citizen being involved in the pursuit of responsive and effective government. Her particular civic engagement passion is helping states work through the many conundrums of serving the healthcare needs of their citizens.

“Also, I know it sounds clichéd, but I want to enjoy more time with my family. My son Nate is in high school and pretty soon he will be going away to college. I want to treasure this time,” said Heather a few weeks ago at a birthday party she and her husband Hunter held to celebrate their coinciding 50th birthdays.

“Nate definitely is interested in politics, involved in Princeton High School Democrats in Action and Junior State of America (JSA) clubs, but he has varied academic interests (languages and STEM) so who knows about career.  But hopefully I’ve instilled the civic engagement bug!,” said Heather.

Heather’s other kids – her Princeton University students – also have been unable to escape Heather’s guiding principle of being engaged in activities for the public good. . She has several former students working in city government (New York City, Seattle) and others in health policy at the state and federal levels (the Congressional Budget Office, Health and Human Services, for example).

When seated at the council podium in town hall to discuss municipal parking or at a student classroom desk for a parent teacher conference to discuss her son’s future, Heather gives no clues as to her extraordinary professional accomplishments.

A member of the faculty at Princeton University’s Woodrow Wilson School of Public and International Affairs, Heather is director of two Robert Wood Johnson Foundation-funded programs that provide technical assistance to help states implement the Affordable Care Act and reform their health care delivery systems. She also teaches courses in implementation of the Affordable Care Act, state and local health policy, public health and politics, and the social determinants of health.

From 2008 to 2010, she served as New Jersey’s commissioner of Health and Senior Services where she oversaw a cabinet-level agency with a budget of $3.5 billion and staff of 1,700, responsible for public health services. Previously, she served as Gov. Jon Corzine’s Chief Policy Counsel, directing his policy agenda.  She also has significant federal experience, having worked as Sen. Corzine’s chief of staff and as associate director of the White House Domestic Policy Council and senior policy advisor for First Lady Hillary Clinton.

I first met Heather Howard in Sen. Corzine’s Washington, D.C., office and immediately was taken with her warm, welcoming, passionate and rapid-fire style of communicating. I remember thinking that this was a young woman capable of recruiting volunteers to sell ice in the middle of a New Jersey blizzard.

When she left the state’s health commissioner’s job, I encouraged her to share her brains and passion for effective government with members of the Princeton community by running for local office on the Princeton Borough Council.

Recognizing the considerable time commitment required from an individual serving as a council member in Princeton, I was unsure whether Heather would thank me or curse me for her winning the honor of serving on a local governing body. But I am happy to report that she thanks me for providing her the opportunity to be part of important public health and social service initiatives for Princeton residents. As council liaison to those departments overseeing health, human services, and public safety, Heather is most pleased with such initiatives as community policing, data driven enforcement, newly re-established Civil Rights Commission, Community Needs Assessment, raising the tobacco age to 21, saving WIC (Women, Infants, and Children) Clinic that preserved “vital health services for moms and families, as well as other initiatives to help the vulnerable members of the community.

Whenever asked about her accomplishments, she avoided taking credit for anything but rather focused on the “incredible” efforts of the “talented” Princeton municipal staff and community volunteers who “ensure that we are providing the most effective, efficient and inclusive government,” she said.

She believes it is healthy for her and the community, if she takes a hiatus from serving as an elected official. “But I am not going anyplace and definitely will stay involved as a citizen, rather than a member of council…. Being immersed in Princeton issues and the lives of its residents is very gratifying and intense but getting out of the Princeton bubble will give me time to be more expansive in my work on social justice issues,” said Heather.

People may come up with more creative solutions when they see how other municipalities and states are dealing with the same issues, in her opinion.  With her students, she is working on such health issues as gun violence, health insurance coverage for young people, and environmentally healthy housing. Social issues related to health may seem overwhelming, but can be tackled and managed with strategy, persistence, and the bug of civic engagement.