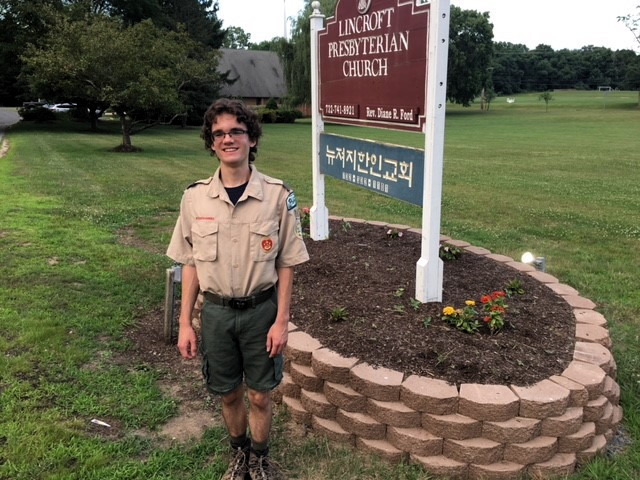 MARLBORO – A young man who is a member of Boy Scout Troop 86, which is sponsored by the Old Brick Reformed Church of Marlboro, has attained the rank of Eagle Scout.

During a ceremony on Jan. 6, the Boy Scouts bestowed its highest honor, the rank of Eagle, on Eric Schmalzried of Marlboro. Eric became the troop’s 98th Eagle Scout. The church has sponsored the troop since 1947, according to a press release.

Scoutmaster Michael Decarlo and Assistant Scoutmaster Karen Bentivenga said, “Eric has always been a very enthusiastic scout who embodies the scout law with a big and kind heart. He always enjoyed teaching and helping the younger scouts. He was very proud to serve as the senior patrol leader of Troop 86.”

Eric is a graduate of Marlboro High School and currently attends Rowan University, Glassboro, pursuing mechanical engineering and minoring in computer science. He was elected into the Residence Hall Association and is an active member of Institute of Electrical and Electronics Engineers (IEEE) and the IEEE Robotic Automation Society.

According to the press release, the Boy Scouts guided Eric and helped him discover his passion.

“It was during the BSA Jamboree in February 2014, doing requirements for the robotics merit badge, that sparked my love for robotics,” he said.

Eric has been in Boy Scouts since he was in the first grade (Tiger Den). According to the press release, he joined because of his father, Terry, and older brother, Alex, who are also Eagle scouts. His younger brother, Ben, is working to become an Eagle.

He has gone on to become a counselor for BSA summer camp at Aquehonga.

“I have learned so much from Boy Scouts, like leadership skills, time management and working under pressure, skills I continue to use every day. Another important skill I acquired from Boy Scouts is how to be unplugged and to be entertained while being unplugged, this is so vital for young kids in this age of electronics,” he said.

According to the press release, Eric’s sense of community service was nurtured in Troop 86 and is what lead him to his Eagle Scout project. He wanted to help out his family church, Lincroft Presbyterian Church, Everett Road, Lincroft.

“My church is a place that has memorable value to me,” the young man said.

Eric’s project was to build an elevated garden measuring 6 feet by 13 feet at the entrance sign to help beautify the church. Eric and volunteers cleared out old bushes, plants and the foundation of gravel. They leveled the land, placed border bricks, six levels of mulch and plants.

The project took three days to complete and also included written requests, a presentation of the plan, fundraising, planning, scheduling and organizing the volunteers, according to the press release.

“Time management and learning to deal with failures are the most important things I have learned from Troop 86. Scouts make great engineers because they are taught how to learn from their failures, making them good problem solvers,” Eric said.

“Scouting also gave me a chance to explore and do things I normally would not. It truly prepared me for college, engineering and life. In college I can easily tell who is a Boy Scout and who isn’t,” he said.