Parents need to be aware of drugs ‘Hidden in Plain Sight’ 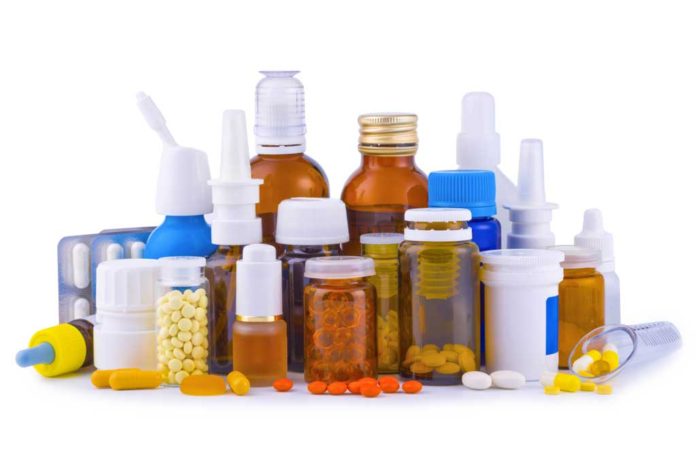 SOUTH BRUNSWICK – A toddler is seen clumsily walking over, alone, to the kitchen table.

On her tippy toes, she reaches up and feels her way around.

A sharp steak knife is at the edge, which the curious youngster pulls off the table.

Not hurt at first, the child keeps looking at the knife on the floor. Suddenly, she picks it up and puts it to her mouth.

That is where the video cuts out.

“It’s our instinct to want to run and grab it,” said Doug Collier, as most of the people in the room gasped and groaned, noting that parents will do anything to protect their children.

Collier, a retired member of the Drug Enforcement Administration and a current professor for the Criminal Justice Department at Monmouth University, tours the world with the “Hidden in Plain Sight” presentation, which teaches parents about the signs of impending drug use and abuse.

He engaged more than 100 concerned parents at Crossroads Middle School North in South Brunswick on March 25, but has been offering his advice around the area as of late.

“It’s not to point a finger at our kids, it’s just about awareness,” he said. “This is not to say our kids are bad. We have great kids.”

According to Collier, every 13 minutes someone in the United States dies of an opioid overdose, and about eight New Jerseyans each day. He said in 2017, naloxone was deployed more than 14,000 times to counteract an opioid overdose. He said there were 2,750 drug deaths in New Jersey in 2017.

Collier said that in 2016, there were 614 deaths in the age group of 25-35. He said nine out of 10 people who deal with addiction started as a teenager, and usually had their first experience with someone close to them, such as a sibling, cousin or friend.

Almost immediately, Collier noted how misunderstood vaping is by both children and adults. He said because the vaporizing pen uses “vape juice,” it is unclear if a person is vaping nicotine or marijuana/hash oil or just flavoring. He said children think it is “new” and “cool” and “harmless” because it doesn’t smell like, is more easily available and is cheaper than cigarettes. However, it does in fact contain nicotine and can be addictive, so much so as to harm brain development.

Collier once tested a theory on his own, having his 13-year-old son try to buy a vape pen on the Atlantic City boardwalk. He said he had no trouble, and the store employee even suggested he try the mango flavor because it is the best.

He also said the pen can hide other drugs, such as flaka, ecstasy and special K. The only way to identify a liquid is to test it in a lab.

Collier suggested parents check their Amazon accounts, because children often place orders for vapes and vape juice that are under inconspicuous names.

Collier also addressed marijuana use, saying the five-year trend has remained steady for 10th and 12th graders, and has actually declined in eighth graders.

However, he also mentioned that as the perception of certain drugs goes down, usage goes up. He cited the Centers for Disease Control and Prevention statistics that children are much more likely to be addicted to heroin after using alcohol (twice as likely), marijuana (three times), cocaine (15 times) and opioid painkillers (40 times).

Collier also urged parents to never let a physician prescribe opioids to a child under 21, because the brain is still developing.

Addressing how parents should address the issue, Collier said they need to monitor their children according to their baseline. If there is some sort of trauma, such as relationship trouble, not making a sports team, or not getting a part in a play, parents need to take notice of their child’s behavior. He said to be wary of anything that may help a child cope.

“Our kids do have a lot of stress. And they have a lot of things because they are exposed to the cell phone. … It’s dangerous,” he said.

“The question is, what is your prevention model?”

For the next part of his presentation, Collier spoke about how children facilitate concealment. He showed everyday items, both on a display table and using a PowerPoint slide, of what parents should look for. For example, he said he once arrested a person who microwaved a Tootsie Roll, placed MDMA inside and wrapped it back up. Or, anything with the numbers 420 (slang for marijuana) or 710 (the word “oil” upside down), or DB/Dab City, can be a clue. Dryer sheets are used to mask the smell of marijuana by rubbing them on the body or on clothing, or are used in a sploof to hide the odor. A custom soda can can have a fake bottom or top; Collier said he arrested a person who hid a deck of heroin inside. Four Loko cans mimic sports drinks, but actually contain 12-14 percent alcohol. Sports drinks are colored and can hide alcohol. Ping pong balls and red Solo cups can signify beer pong. Collier said children will “huff” keyboard duster cans or silver paint to get a quick head rush. They also consume cough medicine and antihistamines to get “a little bit of an opioid high” and a “disassociation.”

“It’s an early use of drug experimentation … because they can find it in your home,” he said.

Checking ordinary items, or even implementing drug testing with children, are possible ways to deter drug use, according to Collier. He suggested providing an “out” for children as a means to avoid peer pressure; for example, a child may avoid trying something out of fear of a drug test. He also said to dispose of unwanted and unused medication through local police departments’ Project Medicine Drop.

“Your kids will think something is wrong with you, but I don’t care, it’s about detecting,” he said.

He also encouraged monitoring, and limiting, social media use. He showed a video of the Child Predator Social Experiment, where a young man texted three underage girls to see if they would meet him, which they all did, to the shock and disappointment of their parents. Everyone thought, “not my child.”

He said with his own son, he once put the cell phone out on the curb with the garbage. His son freaked out, saying “it has everything” in it. Collier told his son, I want you to feel how I feel – you are my everything.

If a parent notices an issue with his/her child, he/she can contact the school for advice. For example, in South Brunswick, the student assistance counselor can provide information on drugs, especially vaping.

“It’s not about arresting or throwing them out of school. It’s about educating,” he said. “Don’t be afraid to talk about this. Let them know that you know.”

South Brunswick Board of Education extends superintendent contract through 2027