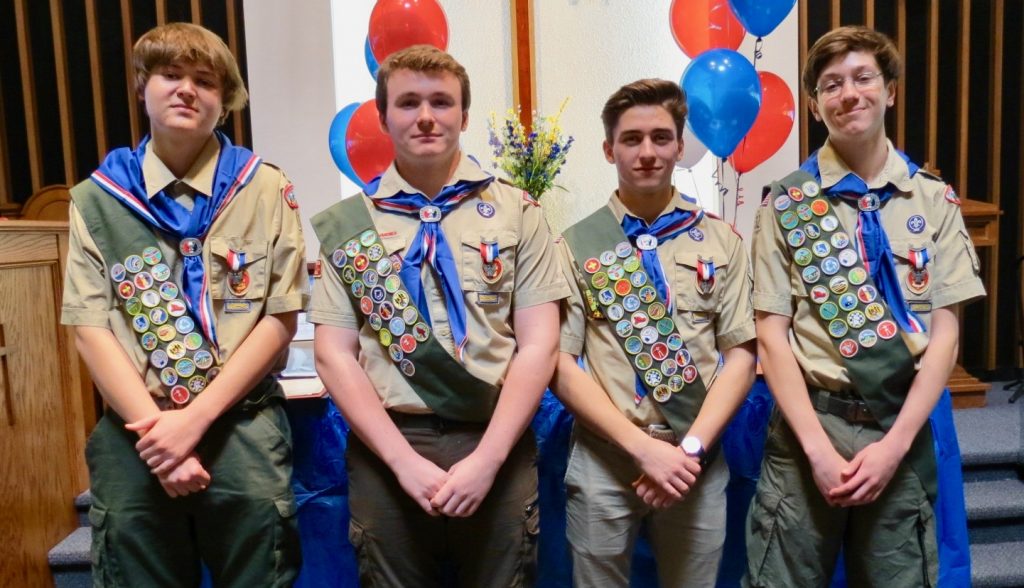 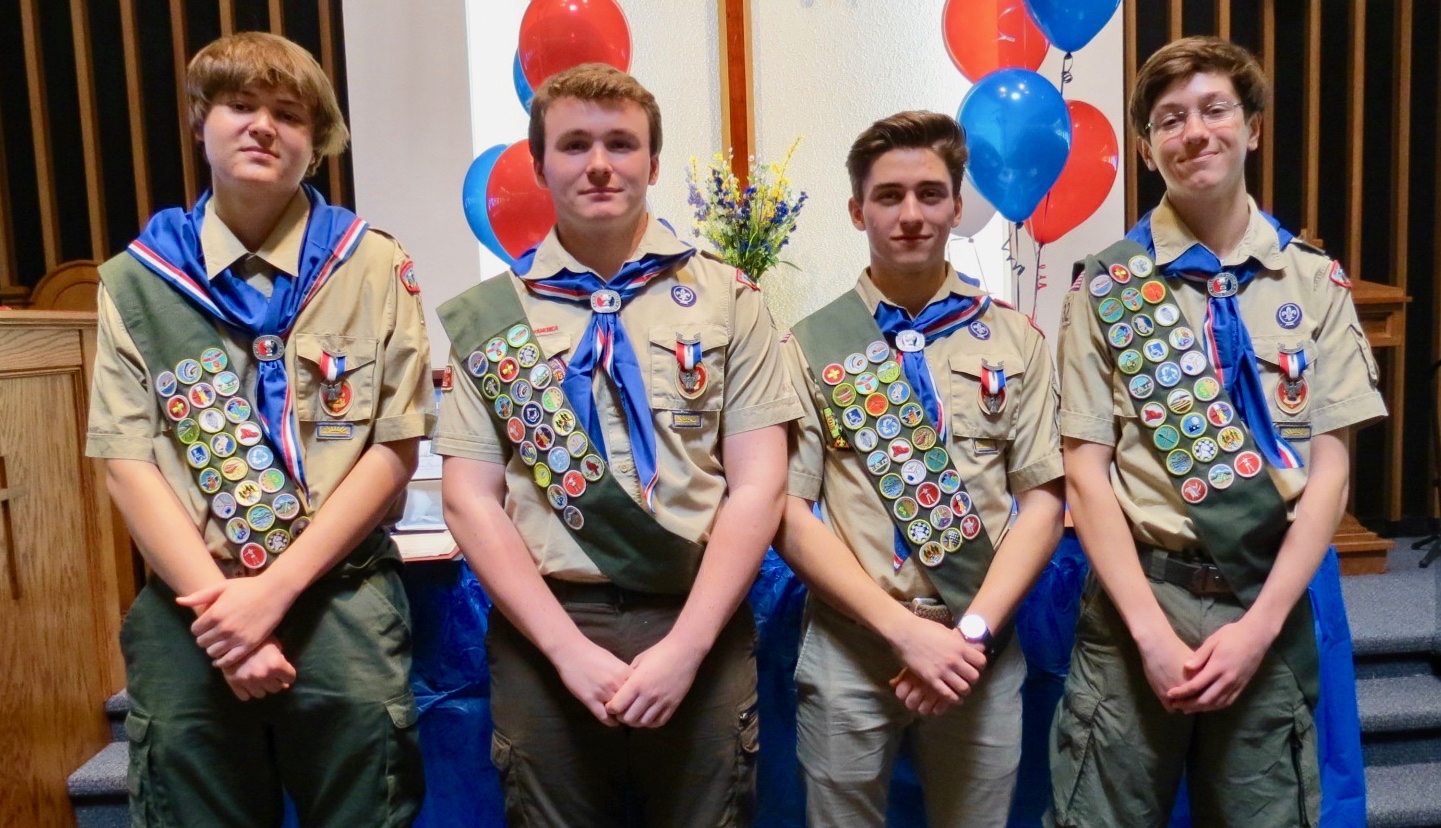 During a recent ceremony at Middletown United Methodist Church, Ryan Belle, Matthew Decker, Daniel DeSanctis and Daniel Johnson were honored for attaining the ranks of Eagle Scout – which is scouting’s highest honor.

Eagle Scout represents the highest levels of citizenship, leadership, and responsibility in Scouting, according to a press release.

Collectively, the four Scouts have earned more than 100 merit badges. Individually, each Scout spent at least 112 hours on service projects, according to the press release.

“These new Eagle Scouts are fine examples of what hard work, dedication, commitment, and compassion can accomplish. They inspire others to get involved and are an inspiration for us all in their goals. We look forward to watching them grow and continue to give back to our community,” said Nick Gizzi, Scoutmaster at Troop 32.

Belle will graduate from Middletown High School South this spring. He plans to attend college in the fall and major in history. He has served as a Patrol Leader and an Assistant Patrol Leader, as well as earning the Arrow of Light and Totin Chip.

DeSanctis will graduate from Christian Brothers Academy in Lincroft this spring. He plans to attend college in the fall and study business administration and real estate development. Daniel has served as Assistant Senior Patrol Leader, Patrol Leader, and Assistant Patrol Leader and earned the Arrow of Light and Totin Chip.

Johnson will graduate from Middletown High School South this spring. He plans to attend college in the fall and study government/political science. He then plans to continue his education in law school.

His Eagle Scout Project involved the renovation of Middletown High School South’s band snack shack. The building’s exterior was power washed, primed, and painted in the school colors. Two picnic tables with benches were constructed, the condiment stand was painted and a granite top added.