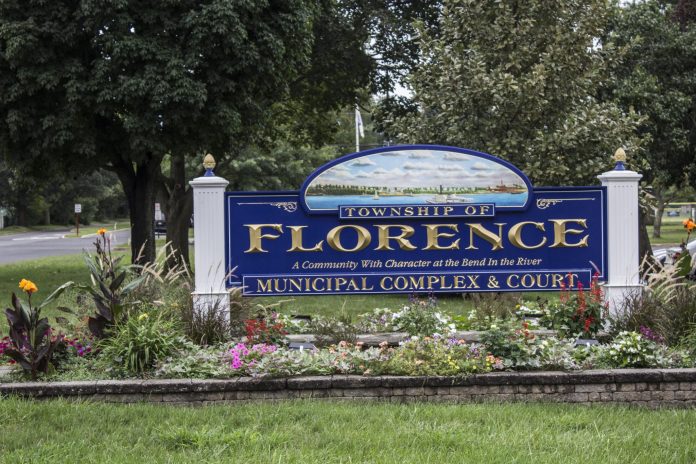 A decision to approve or deny an application for the height variance of a warehouse proposed to be constructed on Railroad Avenue was adjourned until July by the Florence Township Zoning Board of Adjustment.

The motion to adjourn the meeting without a decision for approval or denial on the application came at a June 6 board meeting, when extended hours of testimony from the applicant’s professionals as well as a lengthy public comment period carried the meeting past midnight.

Given the late evening hours as well as multiple residents who had still wished to speak for the public comment portion of the meeting, the board members made a motion to extend the hearing on the application until the zoning board’s next gathering scheduled for July 1 at 7:30 p.m.

The public hearing at the June meeting was to review, then to approve or deny a bulk and height variance on an application submitted by Foxdale Properties, LLC, which proposes to construct a 300,700-square-foot warehouse on Railroad Avenue adjacent to the Ready-Pac processing facility.

The height variance is proposed for the facility to stand at 50-feet tall since the property is located in the township’s special manufacturing zone, which allows a maximum building height of 30 feet or two stories.

According to the proposed plan, the warehouse is also designed to contain two tenants and will include a 354-space parking lot, landscaping, lighting, storm water management and two driveways.

Because the applicant was not able to meet with the zoning board after an initial January meeting, board members said they have made it clear the applicant would need to redo its notices since the board did not meet in February or March to take action on the adjournments.

Although residents at previous zoning board meetings had expressed their concerns in regards to potential traffic, noise and visual issues with the site when the application was introduced and heard, township solicitor David Frank explained that the board does not have jurisdiction over multiple factors in their overall decision on the application.

“It’s important that everyone understands what the scope of this body’s authorities are, what kind of relief is being asked of it from the applicant and what the board can and cannot do,” Frank said. “The applicant is here with a site plan application for a permitted use in the special manufacturing zone, so the warehouse use itself is fundamentally a permitted use.

Frank explained that the zoning board does have jurisdiction over the extent of the height variance, but because the zone allows this kind of use, the latitude of the board with regards to approvals or denials or conditions is a lot less than it would be if the board was hearing a use-variance application – an application for a use that is not permitted in the special manufacturing zone.

“When someone comes in for an application that doesn’t meet a standard of our ordinance, then we need to examine the ways in which that application doesn’t meet the standards,” Frank said. “If they demonstrate that somehow it is not an impairment of the zone plan – that it doesn’t cause a detriment to the public good and that it advances the reasons that we have zoned, then this body ends up having an obligation to approve it, but it can impose conditions upon that approval.

The township solicitor also said that when the board’s professionals examine the height variance, the zoning board doesn’t have the authority to deny an application or impose significant conditions on this application because it would potentially add additional traffic to various intersections.

Frank said that the site was zoned for this use, so presumably, when the township master plan and ordinances were drafted, the potential traffic issues that could arise from those uses were expected.

“This body does not have the authority to deny something because of generalized considerations of the public welfare,” he said. “We could deny the height variance – that’s a possibility, but fundamentally, a warehouse or industrial facility in this location is permitted under the ordinances. The mere fact that there will be more traffic at intersections is a non-basis for denial here.”

As the board anticipates additional public comment at the July 1 meeting, Frank expressed that residents who wish to speak should be mindful of the factors at hand in the board’s decision on this application.

“As we talk to each other, we all need understand what these limits are and what the applicant is in fact proposing in regard to that, and to weigh your evidence and concerns within the boundaries to what this board can do,” he said.