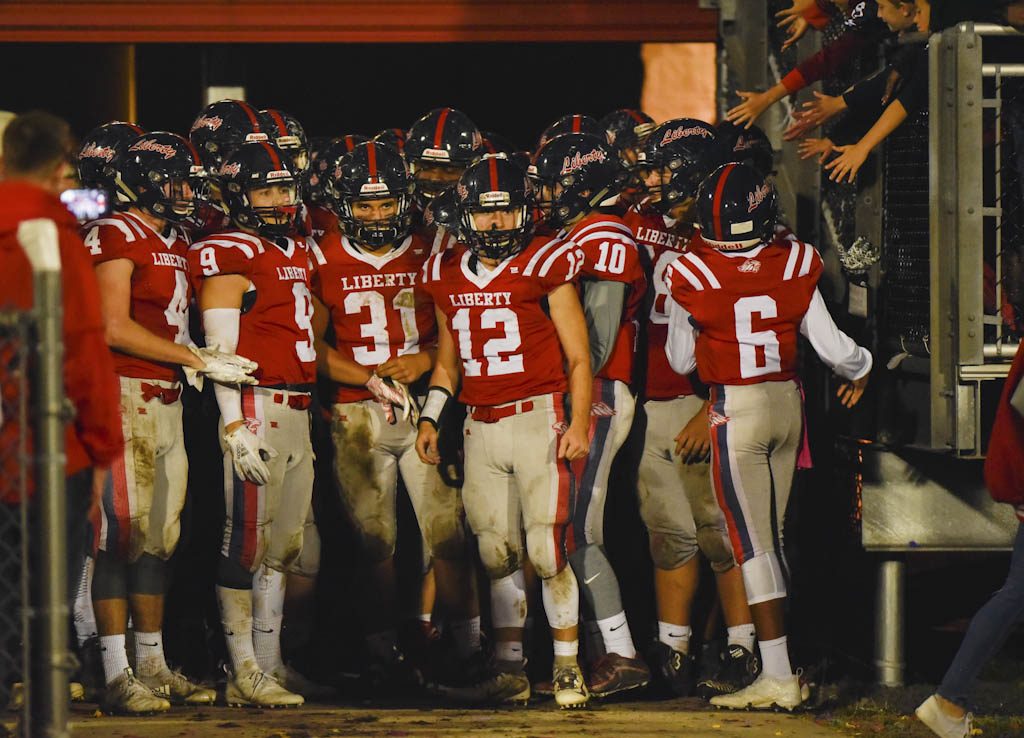 One victory made for a successful football season for Jackson Liberty High School last fall.

That result was Jackson Liberty’s first football triumph over Jackson Memorial in 13 years as a school. After the game, the Lions celebrated with their fans on the field.

Jackson Liberty would go on to finish 3-7 and miss the NJSIAA playoffs. But that didn’t matter as much as it would have in a normal campaign.

In 2019, though, a mere rivalry game victory won’t be enough for the more ambitious Lions.

Seventh-year coach Jim Sharples wants Jackson Liberty to qualify for the state sectional playoffs for the first time since 2014.

The Lions will open the 2019 season on Sept. 13 at home against Central Regional High School.

“We want to be in every game, win a couple close ones and we could be right there,” Sharples said. “I wouldn’t be surprised if we were in there.”

Sharples is getting back seven defensive starters from a pretty stout unit. In all three of their 2018 victories, the Lions shut out their opponents.

The group has been playing a 4-3 defense under Sharples’ coordinator, Jeff Schmidt, for three years now, and the players understand the defense inside and out.

“You could see they’ve heard this stuff before and there’s more familiarity,” Sharples said. “Less to think about.”

Offense is another story.

Back in the spring, Gorzynski, who started teaching at Jackson Liberty in 2018-19, started installing Goerge’s signature triple option. Jackson Liberty’s best offensive player is running back Jimmy Celentano, and Sharples is hoping that the triple option will create space for his big workhorse to run.

The 6-0, 210-pound back will line up right behind the quarterback. He will be the first option in the attack.

“It’s a position for a workhorse and that’s what he is,” Sharples explained.

But the next most important position in the triple option, the quarterback spot, is more of a question mark for Jackson Liberty. Senior Jake Bosco and junior Jayvon Vilus are competing for the starting role by splitting the practice reps.

Bosco is an athletic former receiver who can run and break tackles. Vilus started four games at quarterback last year after Sharples’ starter, Evan Catron, got hurt. He struggled, but he also experienced a growth spurt after the season, from 5-5 to 5-10.

“Jayvon grew up in the offseason,” Sharples said. “And Jake is a point guard in basketball who sees the floor and makes reads.”

Celentano and whoever wins the starting quarterback job will be running behind an experienced offensive line, too. Center Matthew White, guard Garrett Blasi, guard Sal Gallina and tackle Logan Gribin all started games in 2018.

Sharples is counting on them to spring the rushers loose this fall. It sounds simple, but it’s very accurate: Jackson Liberty needs to score more to win in 2019.

“Our offense is a work in progress but you can see flashes of it looking good,” Sharples said.