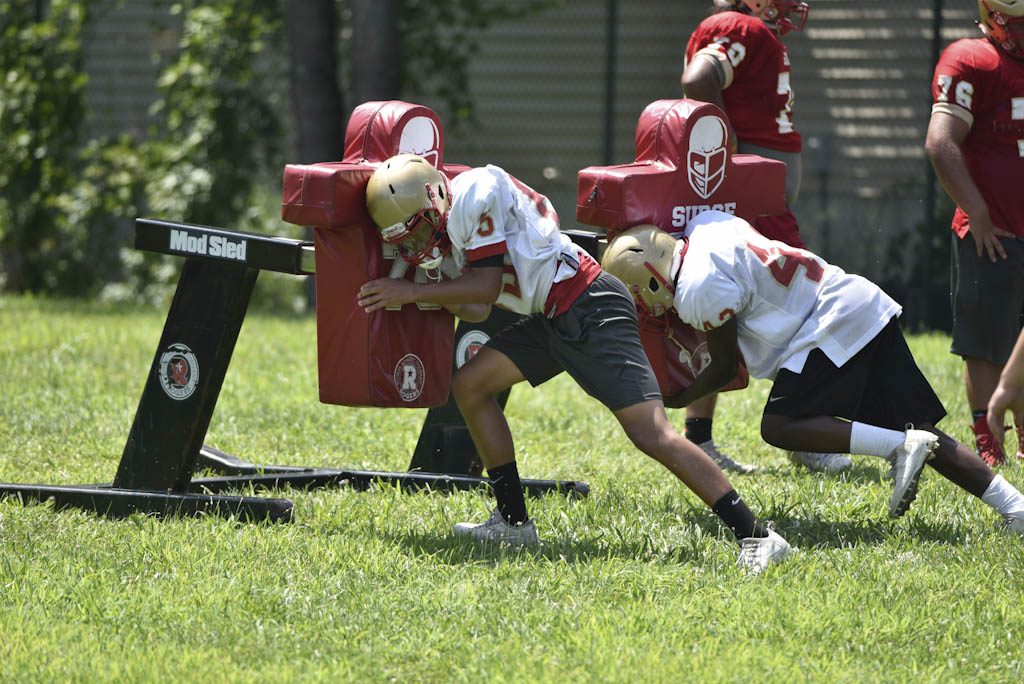 Edison High School is returning its quarterback, Lucas Loffredo, for the 2019 football season, but that’s about it.

Most of the other starters and standouts from Edison’s 8-3 team a year ago graduated at the end of the 2018-19 school year. In high school football, that usually leads to a transition year the following fall.

But the Eagles have Loffredo, so they will at least have a chance to transition and win at the same time.

“Our focus is on J.P. Stevens,” said Edison coach Matt Fulham. “That’s a big rivalry game right out of the gate.”

“We’re just going to take the season one game at a time,” Fulham added.

It’s hard to blame the coach for that answer. He has training camp competitions at almost every position.

But Fulham is confident about one thing: with Loffredo under center, Edison will be able to throw the football.

The 6-0, 185-pound quarterback became a Division 1-AA and Division 2 collegiate prospect in just nine high school starts last fall. He took over as Edison’s quarterback in week three after the Eagles turned the ball over six times the previous week, in a 26-21 loss to North Brunswick Township High School.

Loffredo started the year as the backup because, after transferring from Mater Dei Prep before the school year, he needed time to learn the offense. But by week three, he was ready.

On Sept. 21, 2018, Edison traveled to Woodbridge High School and defeated the Barrons, 35-20, as Loffredo rushed for two touchdowns. One week later at New Brunswick High School, the Eagles dominated the Zebras, 39-14, as Loffredo threw for two scores.

The new quarterback was not just a good high school starter. He was a next level creator.

Loffredo led the Eagles to victories in five of their last six regular season games and an NJSIAA Central Jersey, Group 5 sectional playoff semifinal appearance. Edison lost in the semifinals to North Brunswick, 30-21, but it was still a solid year.

The senior can build on his junior breakout this fall, but he will need some new skill players to step up. Fulham is confident that they will.

Ty Martin is a 6-2, 180-pound split end who is having a great summer in 7-on-7 camps. Emanuel Davila is an athletic slot receiver who doubles as Edison’s boys’ basketball point guard. And Malcolm Stansbury is a 6-0 freshman with blazing speed on the outside.

“Last year we were balanced with passing and running. We might be more throw heavy this year,” Fulham said. “It’s Lucas and a good group of skill kids.”

Edison also has three returning starters on defense in linebackers Ravi Lindsey and Humber Gorospe and safety Danny Maurath. Every other position, though, is an open competition.

But Fulham believes they are quality competitions. Edison’s junior varsity team finished 9-0 last fall, and those are the players moving up to varsity now.

The Eagles are a question mark, but an intriguing one with a really good QB.

“Hopefully we can build off the JV team’s season,” Fulham said. “Believing you can win is an important step to winning.”