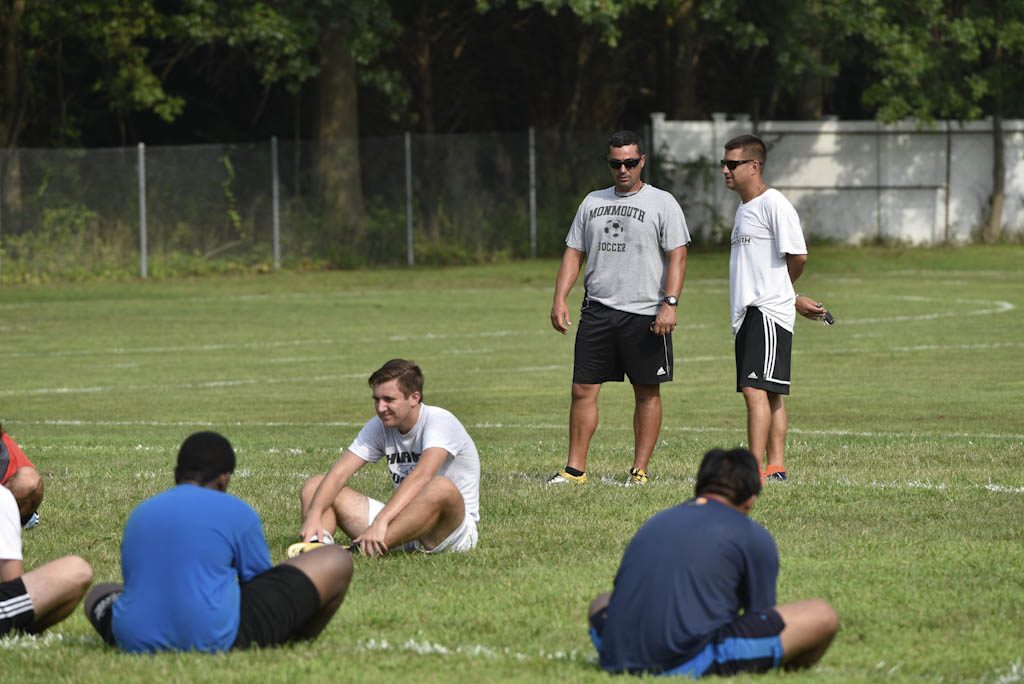 A complete high school boys’ soccer team usually consists of a strong goalkeeper, an elite goal scorer and a lineup of experienced players with chemistry and motivation from the year before.

Monmouth Regional High School boys’ soccer team includes all of those other than a goal scorer. The Falcons have a strong goalkeeper in third-year starter Dominick Santaniello and seven other starters returning from last season.

The memory of being blanked, 5-0, in the NJSIAA Central Jersey, Group 2 sectional tournament first round to Raritan High School, has also been a driving factor.

If a player from the club is able to step up as an elite scorer, it should become a contender in central New Jersey.

“We were young last year,” said Darren Spadavecchia, Monmouth Regional’s coach. “Now they’ve had a full season [to play] and will be better prepared for what this [next] season has to offer.”

Out of the eight returning starters, four are rising sophomores and two are rising juniors. On the most important part of the pitch, the midfield, the Falcons will start all four sophomores in Ethan Wallace, Ryan Kuldanek, Kaan Pehlivan and Aiden Hicks. The two juniors, Santaniello and Brian Leonard, will play in the back, in goal and on defense, respectively. The only two seniors returning, Hoover Cano and Mathis Quesada, will line up on defense and at forward, respectively.

But age is not even the best way to measure these players. They all started last fall. Some of the older players even started before last fall. So they all have a lot of experience and chemistry already.

Plus, Santaniello is one of those keepers who can carry a high school team. He is a 6-1, 185-pound lifetime goalie. He is also a third year starter, collegiate prospect and an All-New Jersey Honorable Mention selection.

“My goalie is great,” Spadavecchia said. “That’s one piece of the puzzle I’m glad I have.”

The coach has many of the other pieces, too. He just needs to find a consistent scorer, a problem that held the Falcons back in 2018 as well.

After a 5-0 start last fall, Monmouth Regional lost its top scorer and best player, senior Brian Waltsak, to a season ending ankle injury. Spadvecchia’s club went 4-9-2 over its last 15 games, including the first round playoff loss to Raritan.

Santaniello will be a year older and better in 2019, and therefore more capable of elevating the team. But as any high school soccer coach will tell you, finding that scorer is probably even more important. Spadavecchia is hoping Quesada grows into the role.

“More toward the end of last year he figured it out,” the coach said. “I hope that propels him into this year.”

So far, so good for the Falcons. They went 6-2 in their summer league at the Cedar Stars Academy in Monmouth County, with Quesada sparking the offense.

It was a step in the right direction, which is all Spadavecchia wants to see right now.

“We just want to come together with these young guys and be respectable, and put a good product out there,” he said.

Monmouth Regional has started practicing and playing scrimmages. Its regular season will open in early September.