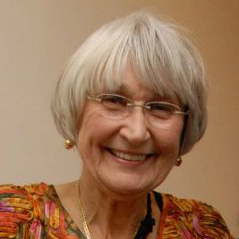 Although I expect to receive failing grades as a cook, last week I was shocked that I failed at another “C” activity – canvassing. Acknowledging my failure at canvassing, which is supposed to be a good way to introduce the community to the candidate running for office, inspired me, however, to come up with ways to strengthen the voters’ knowledge of state and county government. In doing so, perhaps I can help others obtain a passing grade in an area of study also beginning with the letter “C” – Civics.

Canvassing for candidates running in the 16th NJ Legislative District, I concluded that I am really bad at this task, particularly when the location to be canvassed is in the heart of Princeton. I connected with only five people on my list out of about 100. Some of the reasons for my 5% success rate are idiosyncratic to me. Other reasons are due to structural flaws in canvassing within an urban location comprising mostly small in-town living units.

The structural reasons include:

1.- Many apartment units are inaccessible to solicitors. 2. – Few people stay home; anyone who lives in the center of town has no reason to be home during the day (no home maintenance or gardening chores), other than to be napping and left undisturbed. 3.- When people are home, it is at hours when no one would open a door for anyone – even an innocuous looking little lady with a clipboard.

The “Pam” reasons for failure are all related to my possessing the DNA of a curious, at times annoying, reporter.  For the five people with whom I connected, I asked far more questions than the ones in my script. I had half-hour conversations with these individuals on many topics ranging from democracy to global warming to Princeton’s best coffee. These conversations turned a two-hour canvassing assignment into a five-hour talking marathon.

My other problem is that I know too many people on the streets of Princeton. I ran into at least a dozen people who were not on my list, but saw me wandering the streets of Princeton and wanted to know if I were all right – relative to my normal roaming around town. Each of these conversations, covering a range of personal and political topics, were time consuming. One friend insisted that I take a break with her and try out the new So-Ho-like coffee establishment, Sakrid, on the corner of Chambers and Nassau Street.

Even though the canvassing connected with very few voters, it was beneficial in that I learned important facts, aside from the fact that I am a bad canvasser. State and county government elections particularly on “off years” (no presidential or gubernatorial election) are almost invisible.   Related to the election invisibility is the fact that many residents are unfamiliar with their state and county representatives and what they do.

The 14 individuals with whom I conversed with were laser focused on the 2020 election and “kind of” forgot that there was an election in 2019.  60% of them were unable to identify their representatives in the NJ State Legislature. Not a single person could name a county freeholder, even though one freeholder is a Princeton resident and former Princeton Borough Council member (Andrew Koontz). Only half of them answered the “Who is your Mercer County executive director” question, even though he has held the position for 15 years, lives in Princeton, and has a renowned NJ political heritage (Brian Hughes, son of Governor Richard Hughes).

I asked the participants in my ad-hoc poll to identify their highest priority issue, and 90% of those questioned said “taxes” – an appropriate response, since taxes are a concern for all elected officials, regardless of the governmental jurisdiction. 10%, however, said “parking” – is not a state or county issue, but rather a local issue. I asked if anyone could identify what county government did with the county taxes collected from all Mercer County residents.

One person answered, “the airport?” another “was pretty sure the country helps fund Mercer County Community College.” Three people said we should get rid of county government, because “what does the county do anyway?”

Since fewer and fewer people answer phone calls from unknown numbers, since snail-mail fliers generally are dumped into the recycling bin without a thorough reading, and since canvassing based on my limited experience is unproductive, I wondered how state and county officials and candidates for those offices can connect with residents. Local media in Princeton are fairly healthy, but dwindling revenues over the years have led to very limited coverage of state and county government activities.

Fortunately, I am not the only one worried about this situation. One of New Jersey’s renowned NJ government experts – longtime Princeton area resident Ingrid Reed, the former director of the Rutgers University Eagleton Institute New Jersey Project – also is concerned and is doing something about it. She has organized two programs at the Princeton Public Library and will moderate both of the discussions.

On Wednesday October 2, at 5 p.m. in the Library’s “News Room,” a panel discussion will focus on county government, specifically Mercer County, since the offices of county executive and freeholders are on the ballot on November 5.

On Tuesday, October 15 at 7:30 p.m. in the “Community Room,” the civic question: “What is the NJ General Assembly? What does an Assembly member do?” will be addressed by individuals experienced with the New Jersey State Legislature. Voters will be electing two members of the NJ State Assembly from their district in the election on November 5.

In addition, I would suggest that county and state officials hold town forums the way our presidential candidates are holding forums. And finally, drink more coffee and give it away for free at coffee and tea parties (lower case tea parties). Instead of canvassing or having volunteers canvass, encourage coffee-house conversations.

The owners of Sakrid want their new establishment to be a learning environment for coffee drinkers (the coffee bar is designed specifically for customer/barista interaction). But, I would suggest that the many wonderful coffee spots in town could serve as chic classrooms for state and county civic education.